Amazon is using Twitch and its Thursday Night Football live streams to test new gamification features that might change the way we watch live sports — particularly if legal sports betting spreads across the country.

New this season is Amazon’s decision to stream games not only on Prime Video but also Twitch, the popular live-streaming platform it acquired for nearly $1 billion in 2014.

I tuned into the Twitch stream of the Eagles vs. Giants game on Thursday. Besides being free with no log-in credentials required (Prime Video stream requires a Prime membership) and the ability to chat with other Twitch streamers during the game, what caught my attention were the “Extensions.” These are interactive video player overlays Twitch introduced last year that are mainly used by video game streamers to add interactive elements to their live feed and increase engagement.

For the live NFL game, viewers could use Extensions to pull up a widget that showed the score, standings, and statistics. 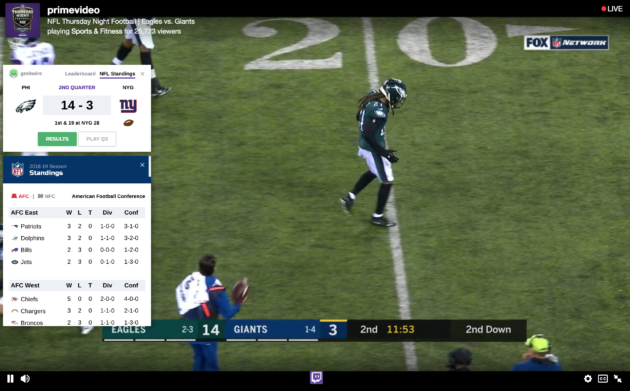 But perhaps most compelling is how fans can make quarterly predictions, answering questions about varying projected stats — number of touchdowns; rushing yards; field goals; total possession time; average yards per play; etc. After each quarter, the user (you need a Twitch account) is rewarded with points and ranked against others on a live leaderboard. 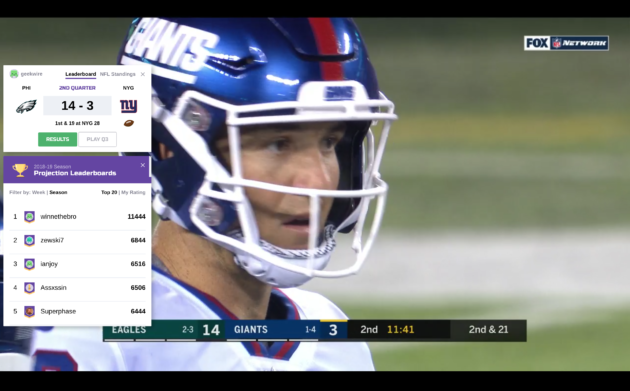 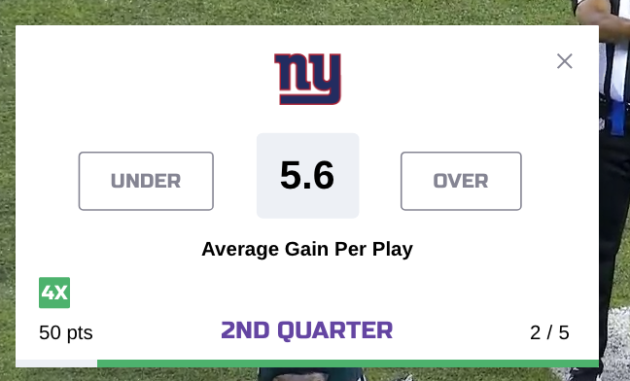 The experience has a fantasy football-like feel, adding a game within the game that tests a user’s knowledge of the NFL. For a football matchup that I had little-to-no interest in, Extensions added a whole new element to the viewing experience. 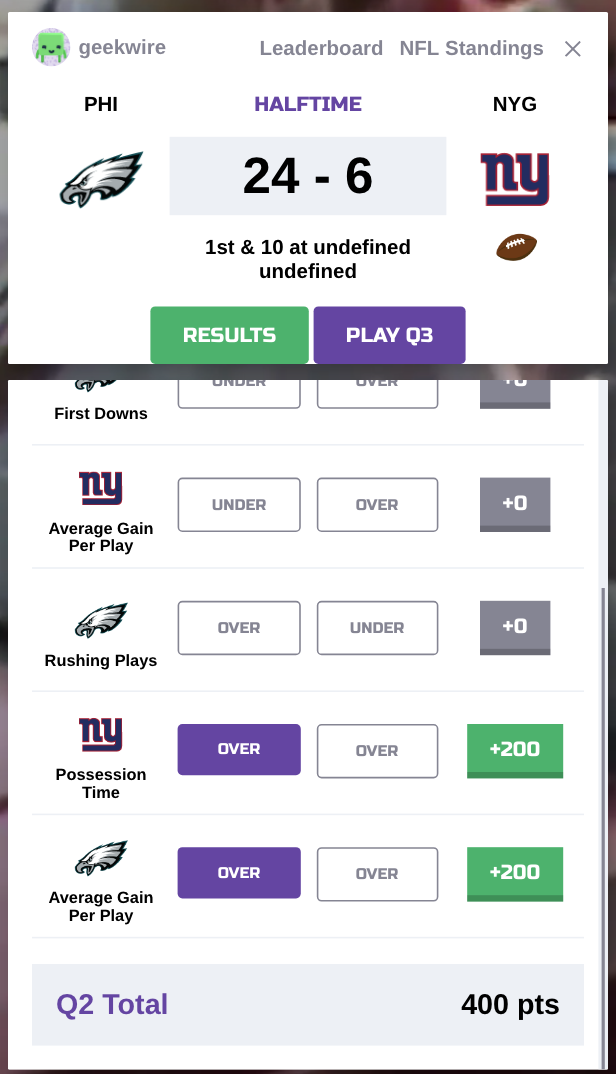 There’s not much up for grabs for those atop the leaderboard other than bragging rights, but this type of live interactive technology could take off if sports betting becomes legal in more U.S. states.

Earlier this year, the Supreme Court ruled a federal ban on sports betting as unconstitutional, allowing states to legalize sports betting and creating a flurry of business opportunity.

New Jersey was the first state to act on the ruling and popular daily fantasy sports company DraftKings is already taking full advantage. It launched a digital sports betting platform that raked in upwards of $8.5 million in revenue from New Jersey-based users last month, according to Legal Sports Report.

It’s unclear if and how Amazon or Twitch will roll out real betting features with its NFL streams or other live sports. Twitch could also do something with Bits, its own virtual good.

But don’t be surprised if DraftKings has some new competition in the future, especially if Amazon can attract enough people to its stream. The NFL reported 2.1 million worldwide viewers for the Eagles vs. Giants game on Amazon/Twitch, compared to the 14.7 million who watched via traditional TV.

Amazon is also testing other interactive elements, including the ability to buy merchandise and partnering with popular Twitch streamers to provide commentary.

The experiments will be a good litmus test to see if sports fans prefer to watch live sports in this manner — with a bit more clutter, but added information and interaction — versus the traditional broadcast. It’s something I wish Twitter did more with its NFL streams, beyond showing relevant tweets adjacent to the game feed.

“Our deal with Twitch will be groundbreaking,” NBA G League President Malcolm Turner said in a statement last year after inking a streaming deal with Twitch. “By leveraging fan commentary, new technology and a passionate community, Twitch elevates video in a unique, engaging way that resonates with young viewers. We look forward to collaborating with their team to create something truly special for basketball fans.”

Future of live sports? How Amazon streamed NFL games to 200 countries and 600 types of devices

The NFL streaming deal is part of Amazon’s growing video arm that includes the company’s Prime video library and its Amazon Studios production unit. Amazon spent $4.5 billion in 2017 on video content as it competes with Netflix, Hulu, and others in the streaming industry.

It’s also part of Amazon’s continued push into sports. The company has several other live streaming deals with top leagues around the world and produces the All or Nothing sports documentaries available to Prime members. Amazon also recently hired longtime ESPN executive Marie Donoghue.

Amazon is among a handful of tech giants that will be in the running for lucrative live sports rights as existing big league deals with traditional broadcasters expire over the next several years. The Seattle-based company does have certain advantages — 100 million Prime members and a worldwide reach (Twitch and Prime Video are available in 200 countries) are a few.