Michelle Kennedy could order food, go on a date, and buy just about anything, all from the palm of her hand. Yet as smartphone apps served more needs and added convenience, she had trouble finding a tech-fueled solution that brought local mothers together. 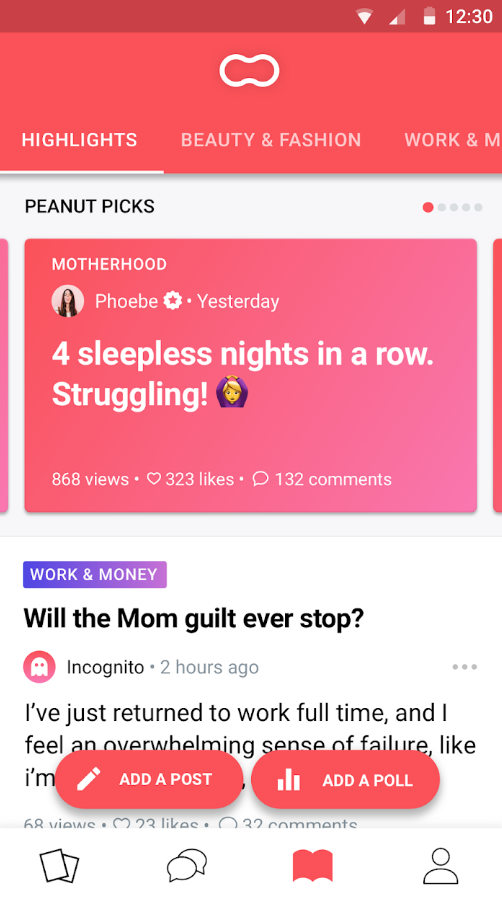 That’s the premise behind Peanut, a London-based startup co-founded two years ago by Kennedy, a former lawyer who was previously an executive at dating app giant Badoo and helped launch Bumble. Kennedy is in Seattle this week as Peanut officially launches in the Emerald City.

“We have an engaged community already in Seattle using the app, but we wanted to come and do a proper activation,” Kennedy told GeekWire. “We want to let women know that they have a platform where they can have these safe conversations and find a cool community on Peanut.”

The app is similar to Tinder — though Kennedy says the comparison “makes me cringe a little” — as it lets users swipe through profiles and create conversation channels for those that want to connect with one another.

Users build out profiles to describe themselves and increase the likelihood of successful matches. Beyond sending messages to one another in private and group threads, Peanut also lets mothers schedule meetups and poll others on topics related to everything from pregnancy to maternity leave to posting baby photos online.

There are other existing parent support groups, such as PEPS and a handful of local organizations around Seattle. Moms can also use Facebook, Nextdoor, Quora, or similar online hubs.

Peanut differentiates itself by focusing on women and combining machine learning algorithms with clean UX and UI, said Kennedy, who added that she learned a lot about brand narrative and human connectivity from her leadership experience at Badoo and Bumble.

“Women who are mothers spend $3.3 trillion a year and they didn’t have a product with a little bit of machine learning to give them a good user experience to form a community — that blows my mind,” said Kennedy, who is speaking at an event at Amazon HQ this week about apps that are helping fight loneliness.

Peanut is free to join. Kennedy, who co-founded Peanut with CTO Greg Orlowski, said she isn’t focusing on monetization yet. The company employs nine people and has raised an undisclosed amount of investment from New Enterprise Associates, Greycroft, Female Founders Fund, and Sweet Capital, a fund launched by the founders of Candy Crush-maker King Digital Entertainment.