Stratolaunch has made glancing references to its in-house propulsion system development program over the past few months — for example, in its announcement about the full line of rocket-powered vehicles intended for midflight launch from its super-jumbo airplane, or in its proposed roadmap for hypersonic flight tests.

But the PGA rocket engine took center stage today in a report from Aviation Week and in a series of photos released by the Stratolaunch team.

Stratolaunch is aiming to start flight tests of its 385-foot-wingspan airplane at California’s Mojave Air and Space Port sometime in the next few months, leading up to its first air-launch operation by as early as 2020. The first launches would use Northrop Grumman’s Pegasus XL rocket, but the PGA would come into play for sending Stratolaunch’s larger launch vehicles to orbit.

“With a 100 percent in-house design, the engine will support multiple configurations of Stratolaunch’s future in-house launch vehicles to provide customers a more affordable price-to-orbit for payload,” the company says in a fact sheet about the PGA. “The engine will improve technology development for the space industry, potentially enabling a more rapid cadence than current state-of-the-art tech.” 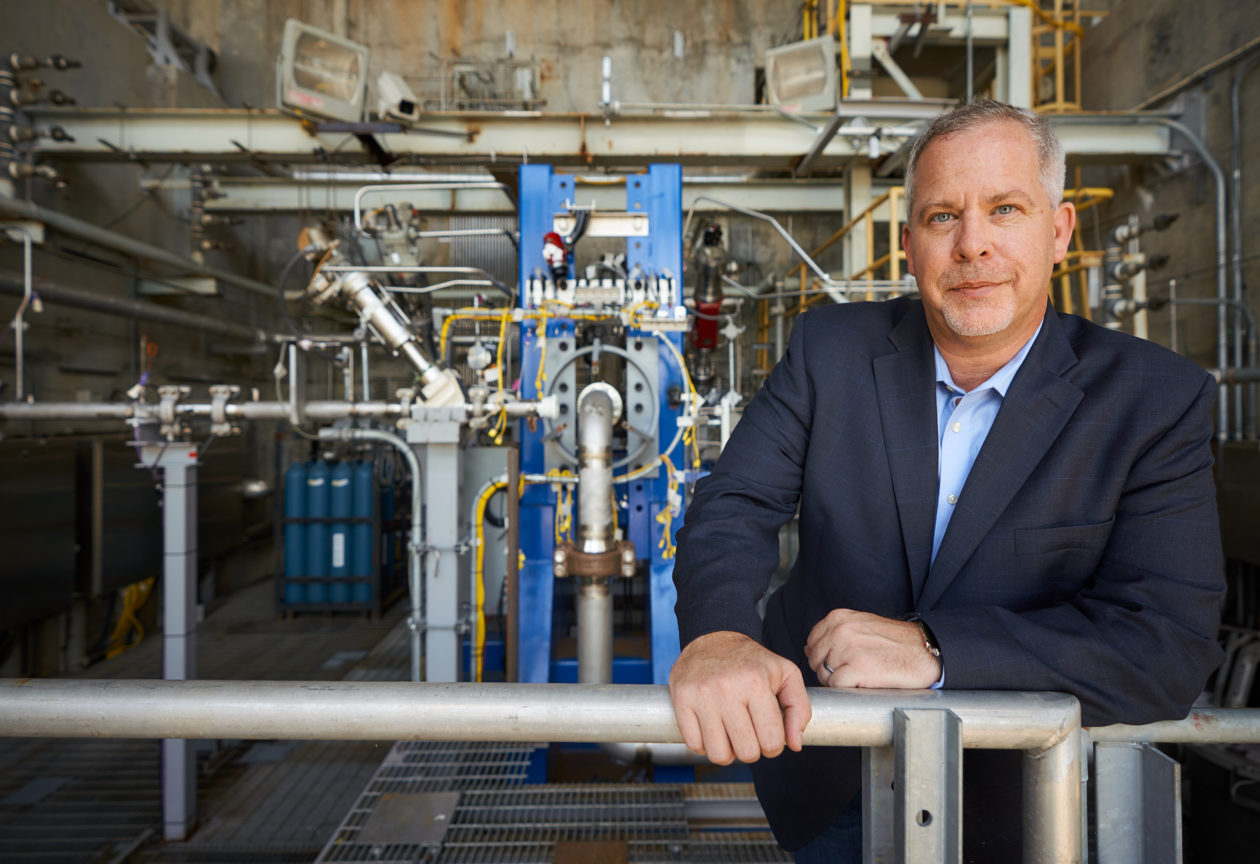 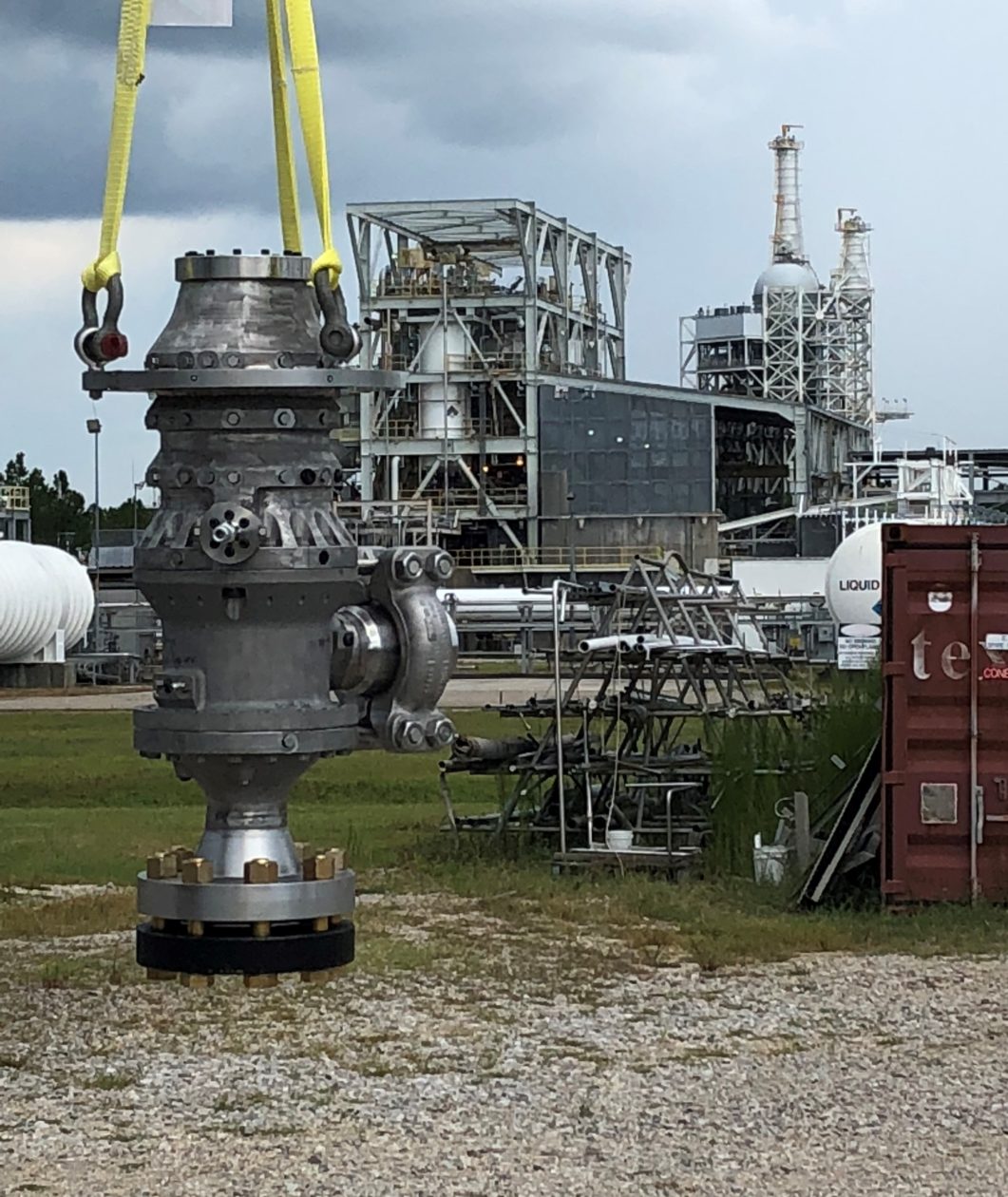 The PGA rocket engine’s preburner is due for tests at NASA’s Stennis Space Center in Mississippi. (Stratolaunch Systems Photo) 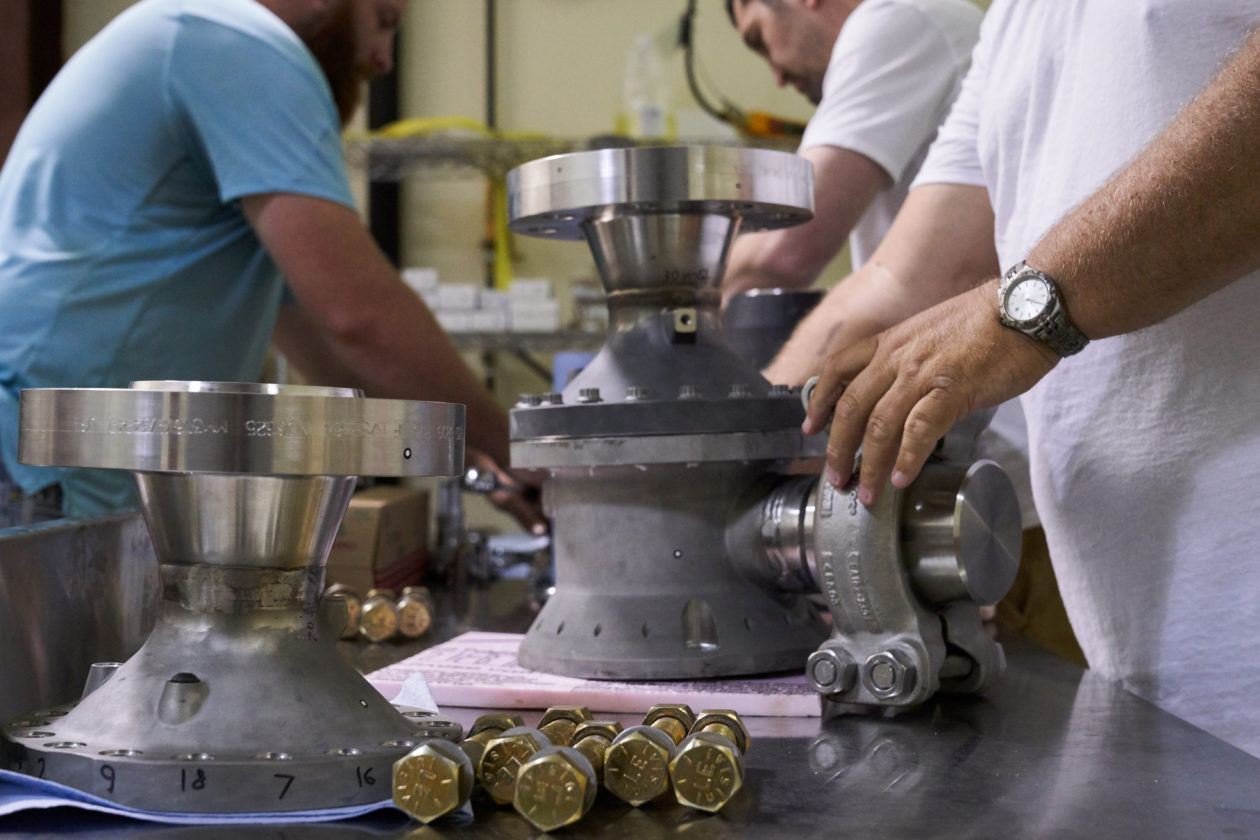 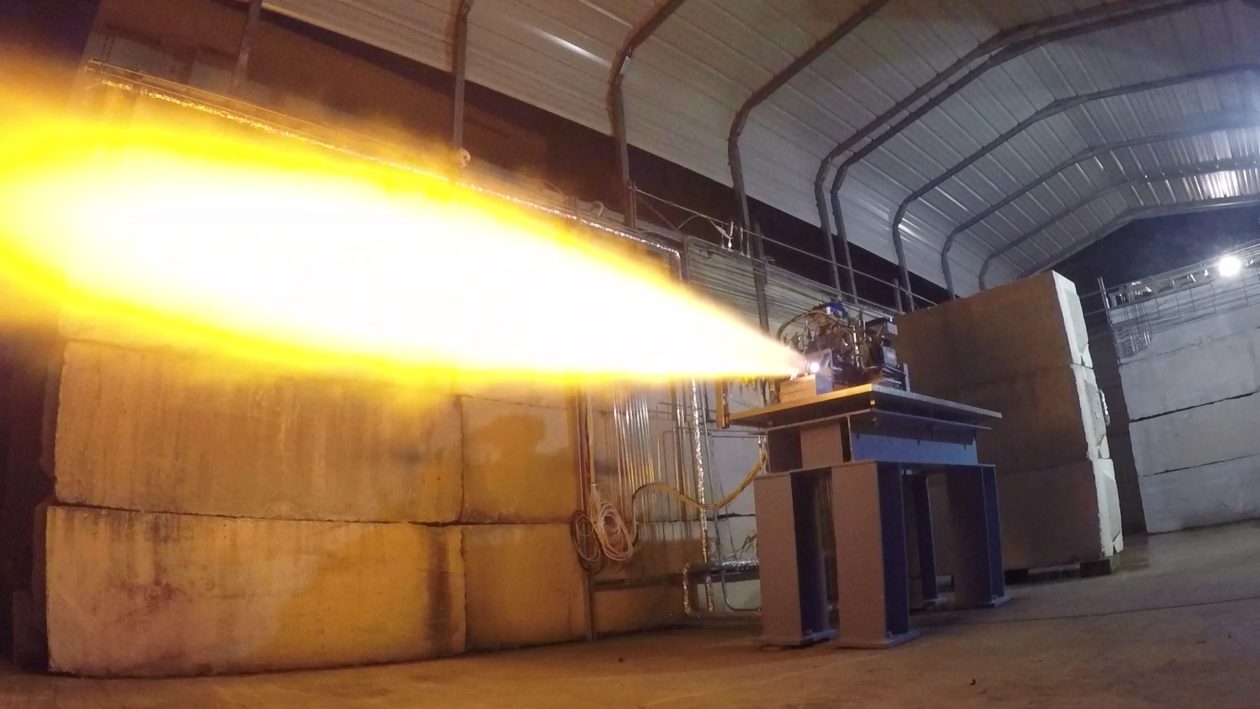 Flames spew out during a test of the PGA rocket engine’s injector. (Stratolaunch Systems Photo) 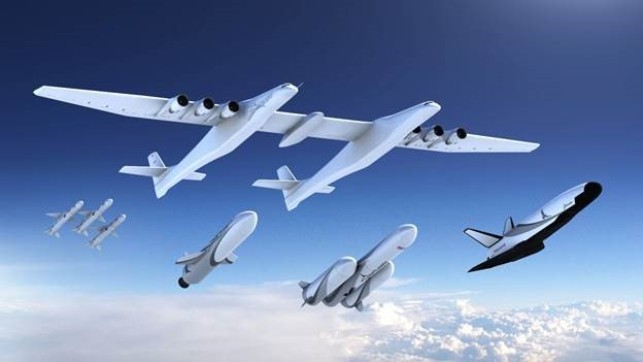 The hydrogen-fueled PGA will produce 200,000 pounds of liftoff thrust. “When you try to do something like single stage to orbit, or in our case air launch, you really have to have hydrogen performance to make it happen,” Jeff Thornburg, Stratolaunch’s vice president of propulsion engineering, told Aviation Week.

Stratolaunch says that 85 percent of the manufacturing process will take advantage of additive-manufacturing techniques, also known as 3-D printing. That’s aimed at reducing the cost of engine production.

“The propulsion team is currently in the process of manufacturing and testing prototype subscale and full-scale hardware,” Stratolaunch says. “The team has completed ignitor development, with injector testing currently underway. After this is completed, the team will perform a full-scale preburner test by the end of 2018.”

The preburner is currently at a test-firing facility at NASA’s Stennis Space Center in Mississippi, Stratolaunch says.

Among the rockets due to use the PGA engine are Stratolaunch’s Medium Launch Vehicle, which is capable of putting 7,500 pounds (3,400 kilograms) of payload into low Earth orbit and is due for first flight in 2022; a three-core, heavy-lift version of the MLV that’s designed to launch more than 13,000 pounds (6,000 kilograms); and the “Black Ice” space plane, which would be built to carry a crew or a medium-class payload to orbit.

Stratolaunch’s air-launch system is meant to take advantage of its ability to deliver payloads to virtually any orbital inclination, from any location that’s within range of a sufficiently long runway.

It’s similar to the SpaceShipOne system that Allen bankrolled a decade and a half ago in Mojave to win the $10 million Ansari X Prize, but scaled way, way up.

The wingspan of SpaceShipOne’s White Knight One carrier airplane, which is currently on exhibit at Allen’s Flying Heritage and Combat Armor Museum in Everett, Wash., is 82 feet. The wingspan of Stratolaunch’s plane, nicknamed Roc, is more than four times that wide.