Score another undersea revelation for the crew of the Petrel, a research vessel backed by Microsoft co-founder Paul Allen.

This time it’s the AE1, Australia’s first submarine and the first Allied submarine loss of World War I.

The AE1 was lost at sea with 35 officers and crew on board on Sept. 14, 1914, after it sailed away on patrol near the Duke of York Islands, east of Papua New Guinea in the Pacific Ocean.

The precise location wasn’t disclosed, to keep salvagers from interfering with what’s essentially an underwater gravesite. But the Australian search effort, coordinated by a company called Find AE1 Ltd., enlisted the Petrel and its remotely operated vehicle to capture high-resolution video and stills of the remains.

The Petrel joined the documentation effort after discovering a string of World War II shipwrecks, including the USS Lexington, the USS Juneau and the USS Helena.

“The AE1 has a special place in Australian maritime history, and I’m proud of our partnership with the Australian National Maritime Museum and others that brought an end to the mystery of the AE1’s final resting place,” Allen said in a statement. “For all of us associated with Petrel, we view this work as a means to honor the courage and sacrifice of the crew of the AE1.”

The data collected during the survey will be used by the Australian National Maritime Museum to develop a shipwreck management plan in cooperation with Papua New Guinea’s government and the PNG National Museum and Art Gallery.

Kevin Sumption, the director and CEO of the Australian National Maritime Museum, expressed his gratitude to Allen, Vulcan Inc. and the Petrel’s crew.

“These incredible images and the new information they provide will help the museum tell the story of AE1 and its brave crew, and ensure their service and sacrifice are remembered by future generations,” he said. 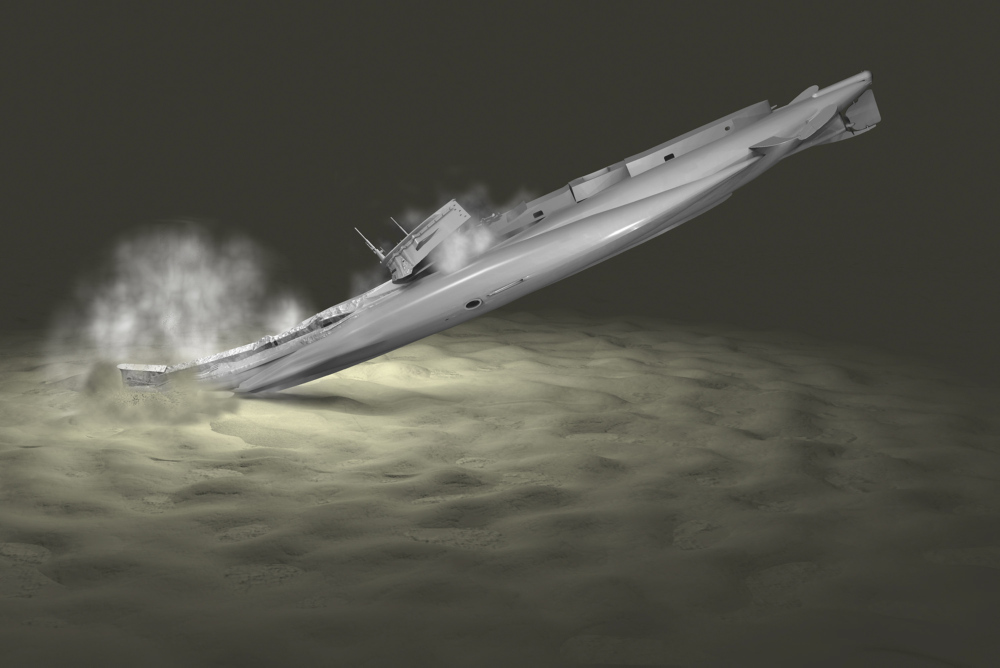 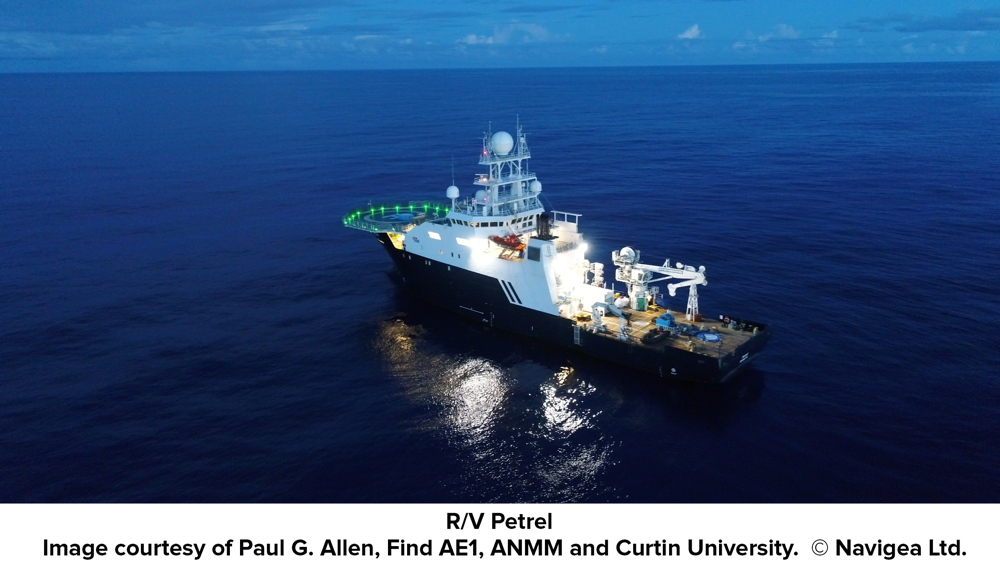 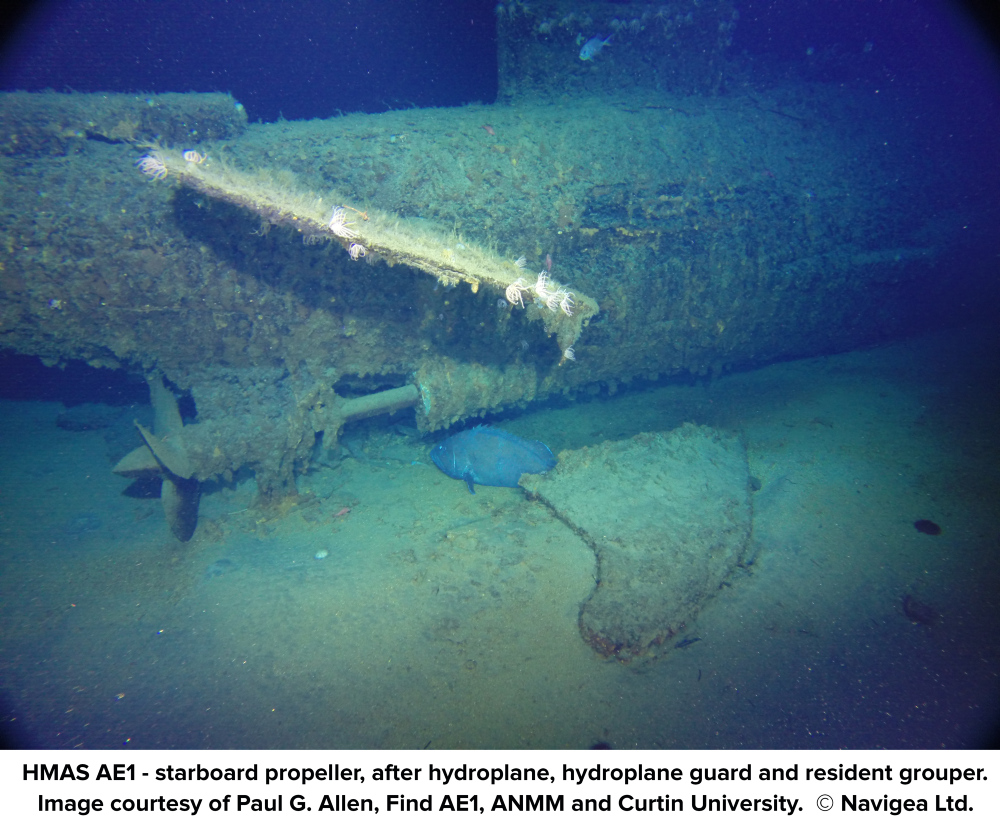 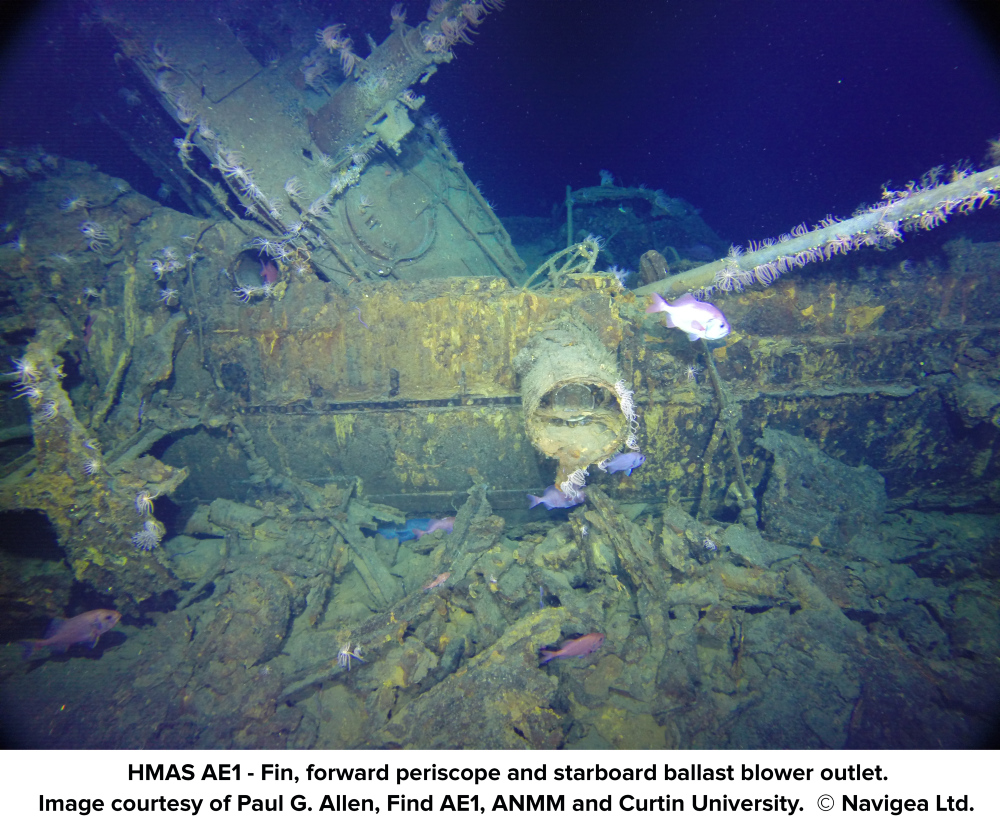 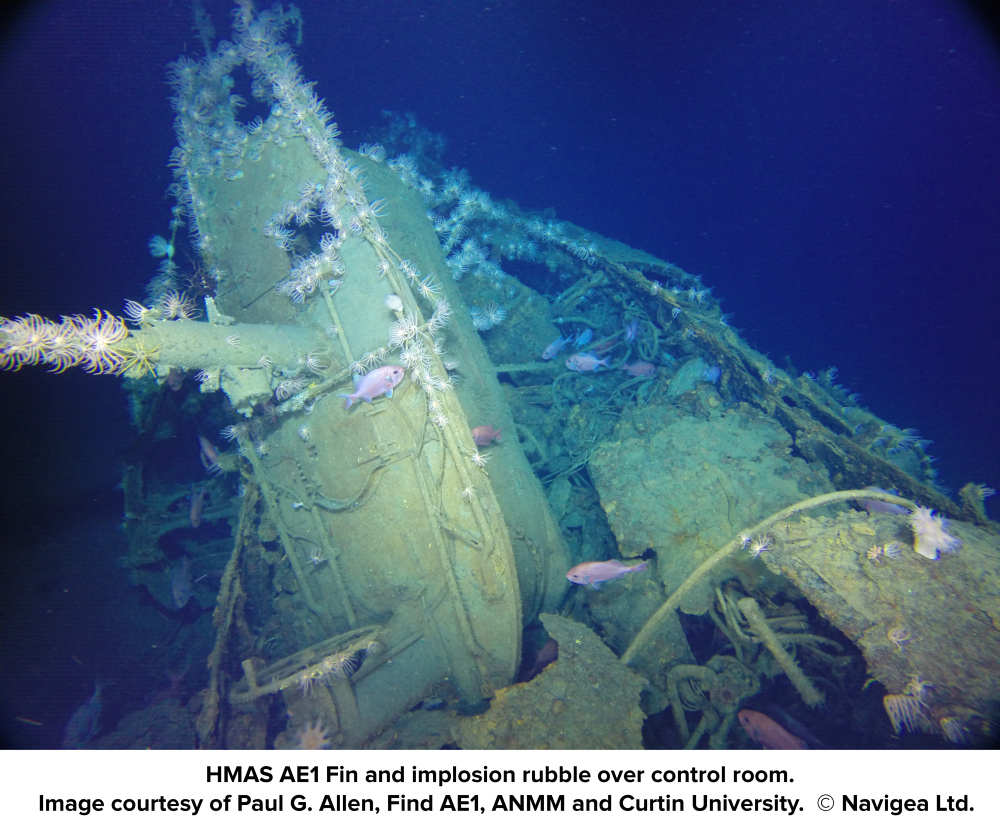 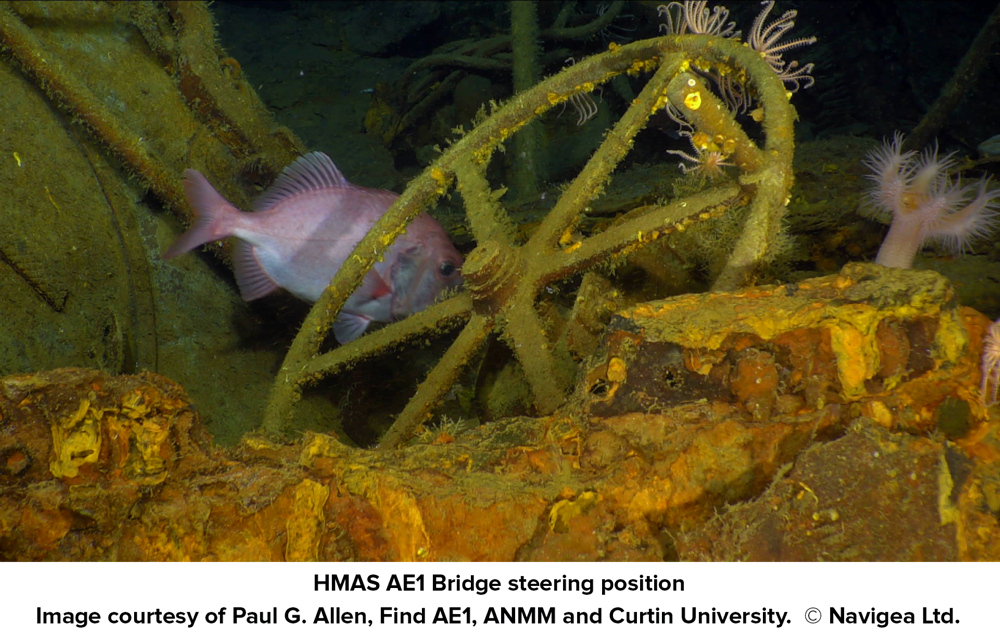 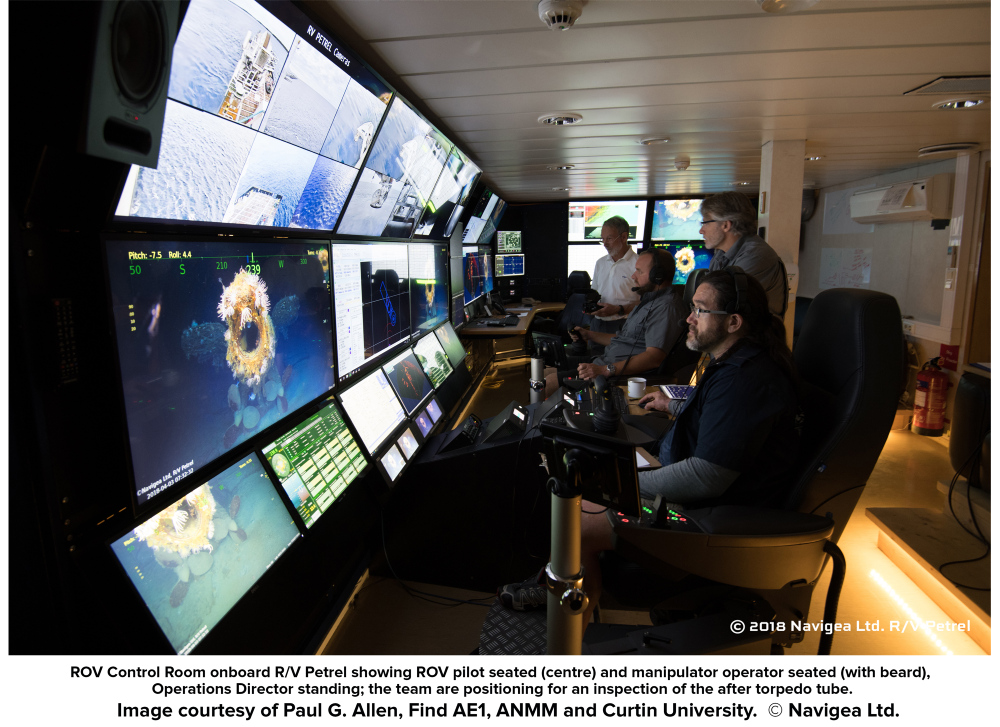 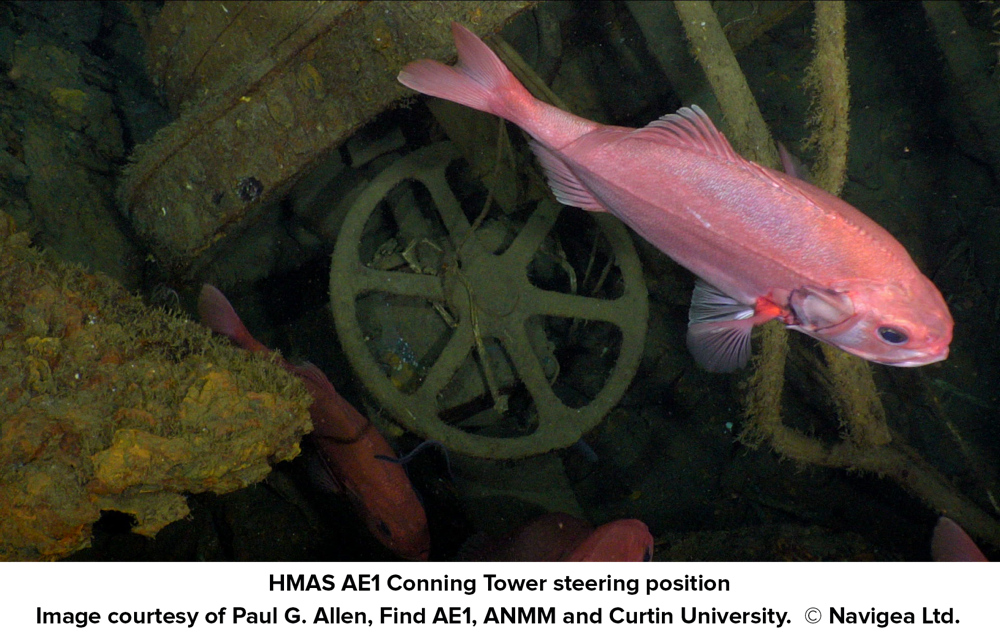 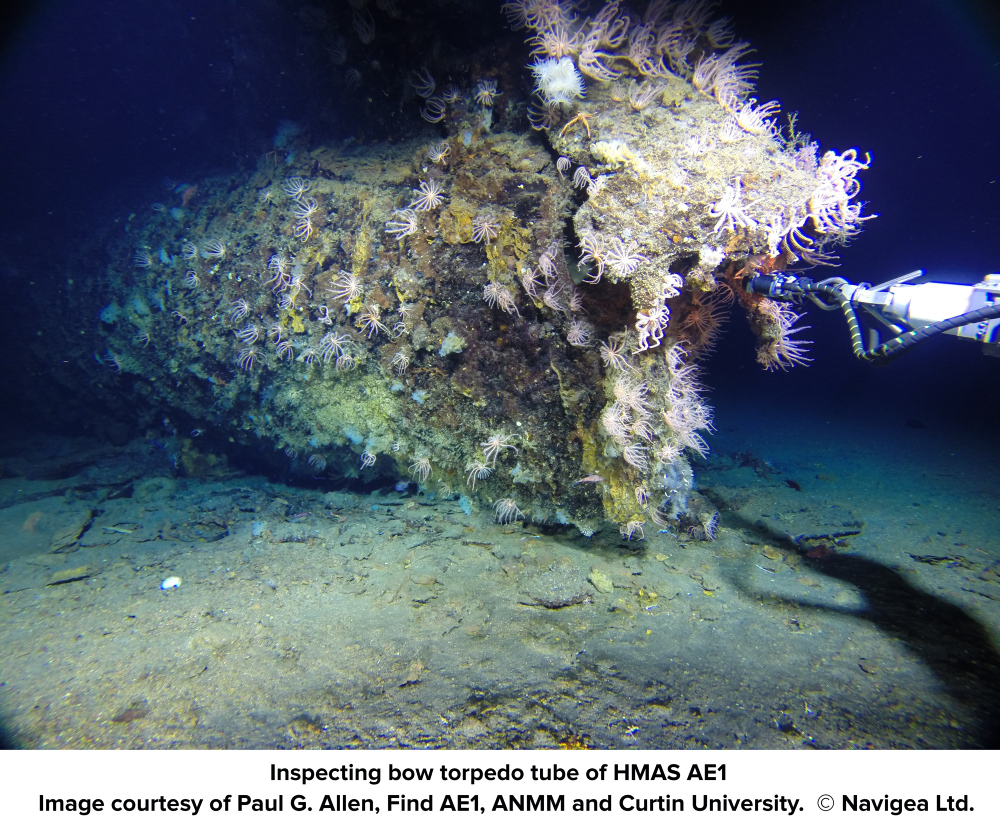 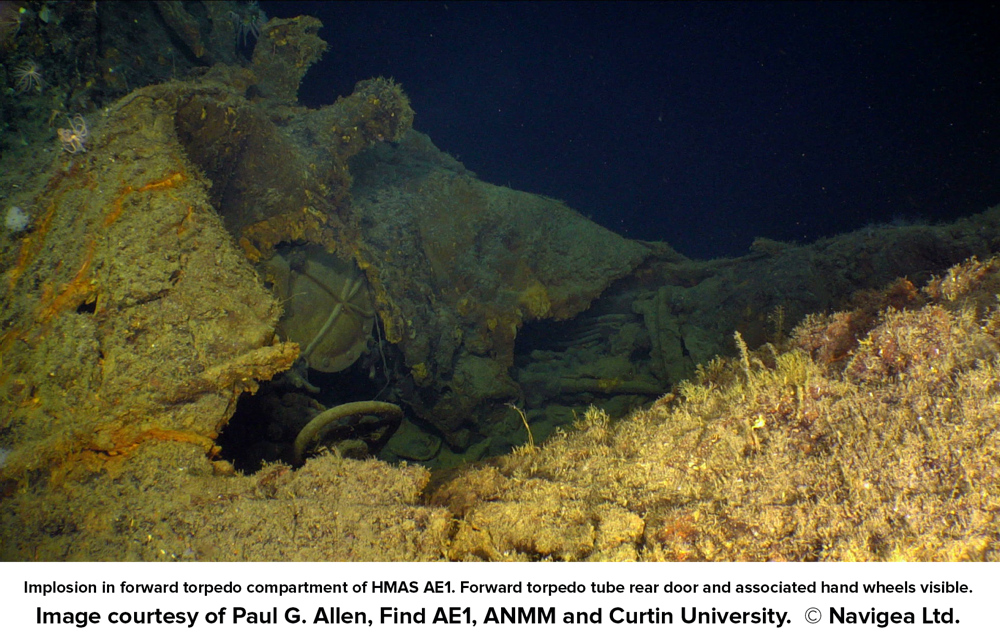 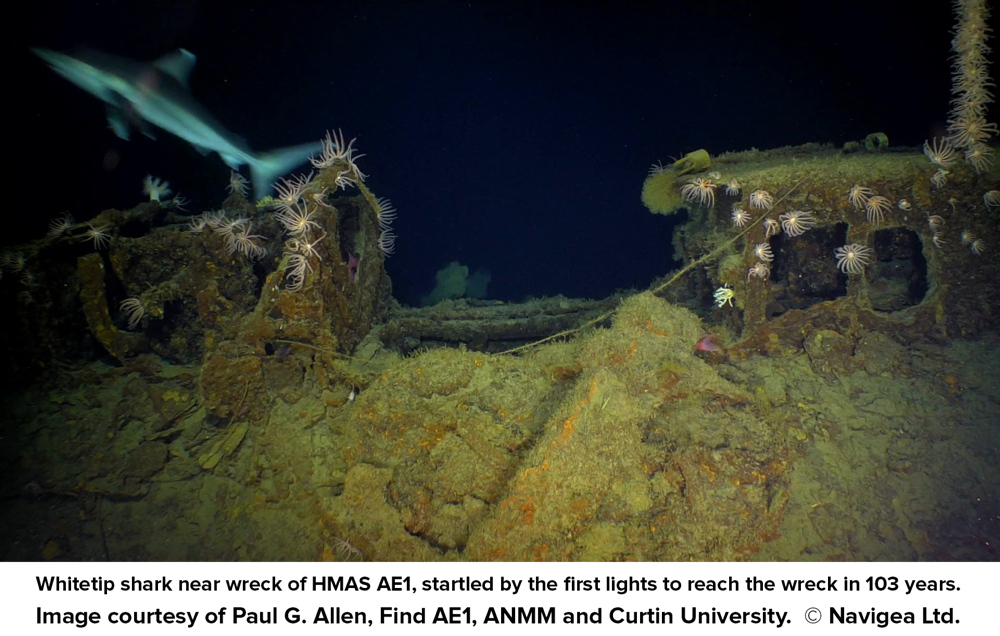 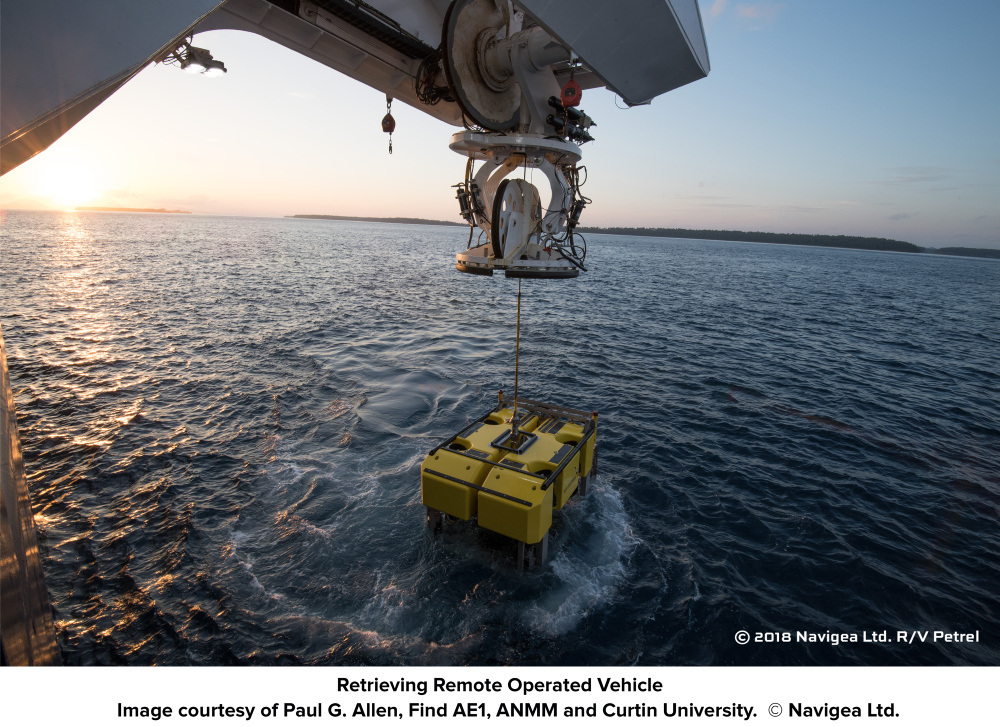 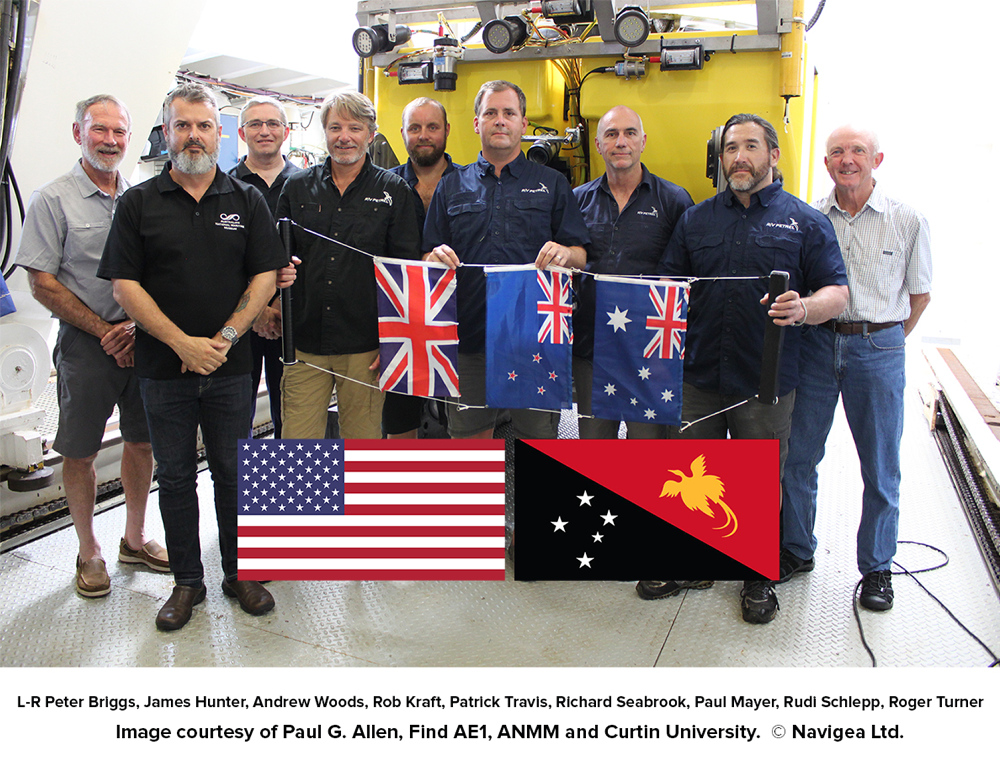 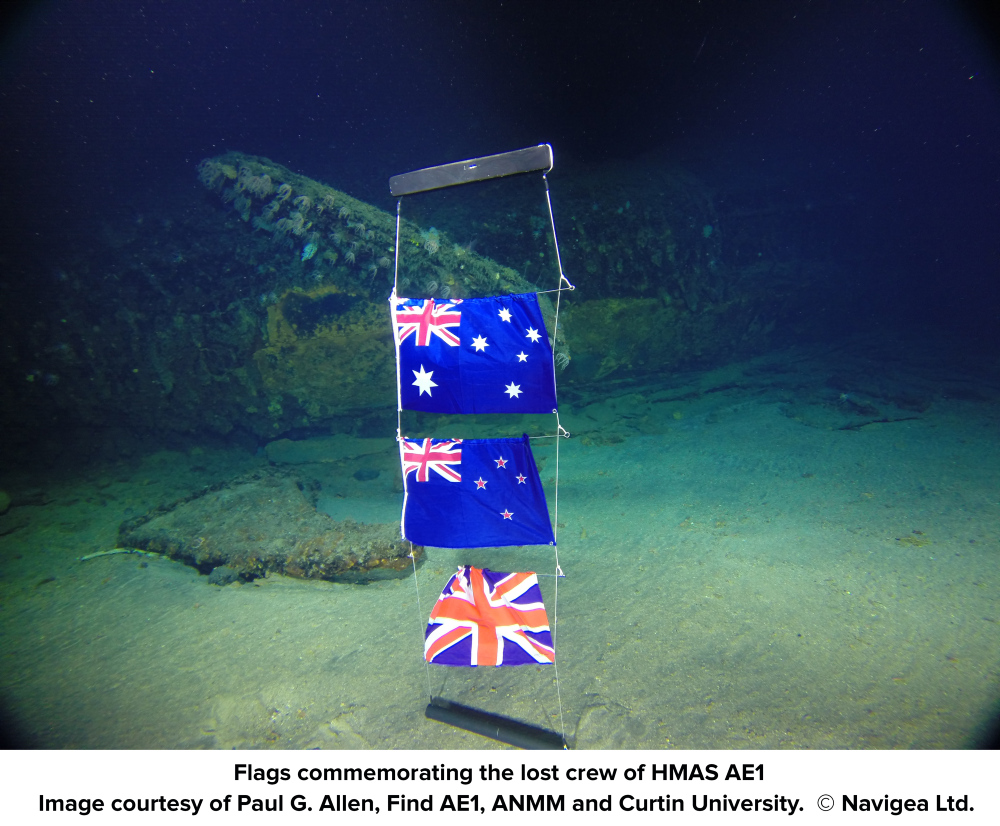 Experts still aren’t exactly sure why the AE1 sank. The current leading theory is that it suffered a mechanical failure and was crushed during a deep dive.

The latest images don’t show definitive signs that the sub came under German attack, but researchers were surprised to see that the cap on the AE1’s rear torpedo tube was fully opened.

“We didn’t expect that at all,” expedition coordinator Peter Briggs, a rear admiral in the Royal Australian Navy, told the Australian Broadcasting Corp.

The Petrel’s still images of the shipwreck site will be developed into a detailed 3-D digital model, using techniques developed by Curtin University and the Western Australian Museum. That model could help the Find AE1 team and museum researchers get a better sense of what happened more than 103 years ago.

The survey was undertaken by the crew of the Petrel, coordinated by Find AE1 Ltd. in partnership with the Australian National Maritime Museum, the Royal Australian Navy, Curtin University, the Western Australian Museum and the Submarine Institute of Australia. Approval for the survey was granted by Papua New Guinea National Museum and Art Gallery.