This time it’s the USS Helena, a St. Louis-class light cruiser that was hit during the Japanese attack on Pearl Harbor in 1941 but went on to meritorious service in three Pacific naval battles. Its service was so meritorious that the Helena became the first U.S. ship to receive a Navy Unit Commendation.

The cruiser’s action at Pearl Harbor was something of an anomaly, brought about because the Helena was docked in a berth that was supposed to be occupied by the battleship Pennsylvania. The USS Pennsylvania was high on the target list for Japanese pilots, but it was in dry dock instead of its usual spot.

A torpedo attack killed scores of sailors aboard the Helena, but the crew’s quick action saved the day, and the Helena was repaired to fight on. 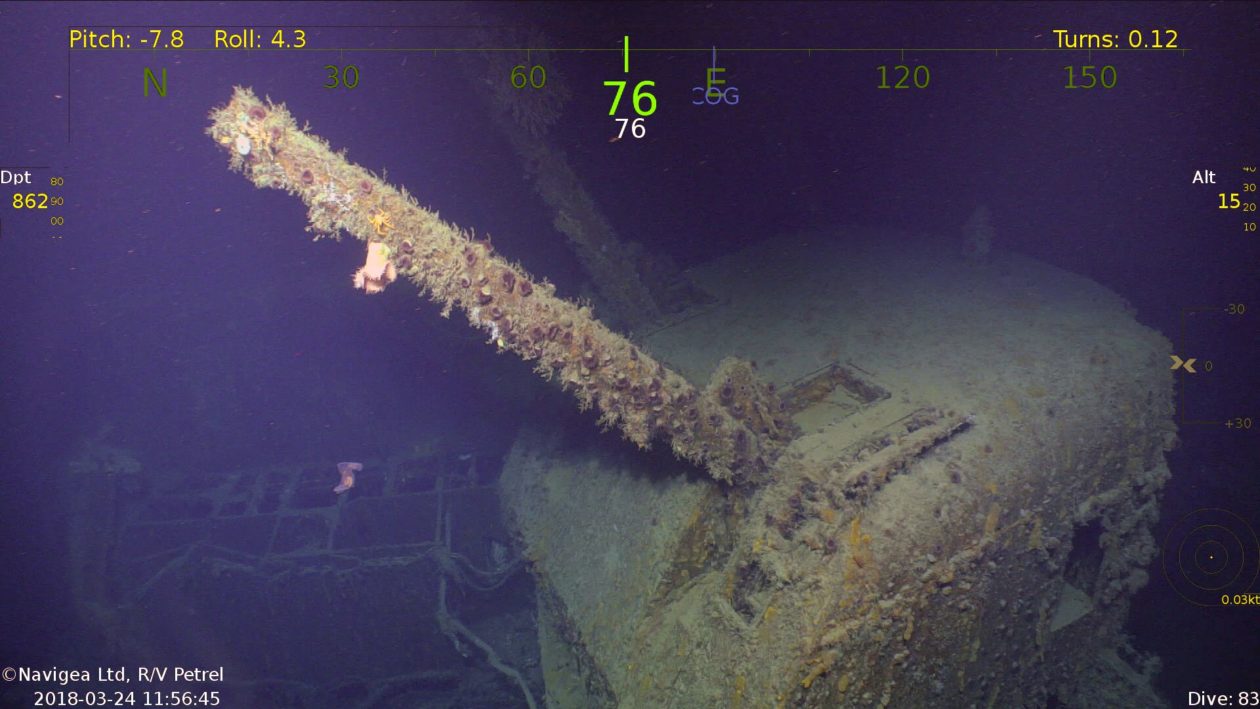 One of the Helena’s guns juts out from a side turret. (Paul G. Allen Photo) 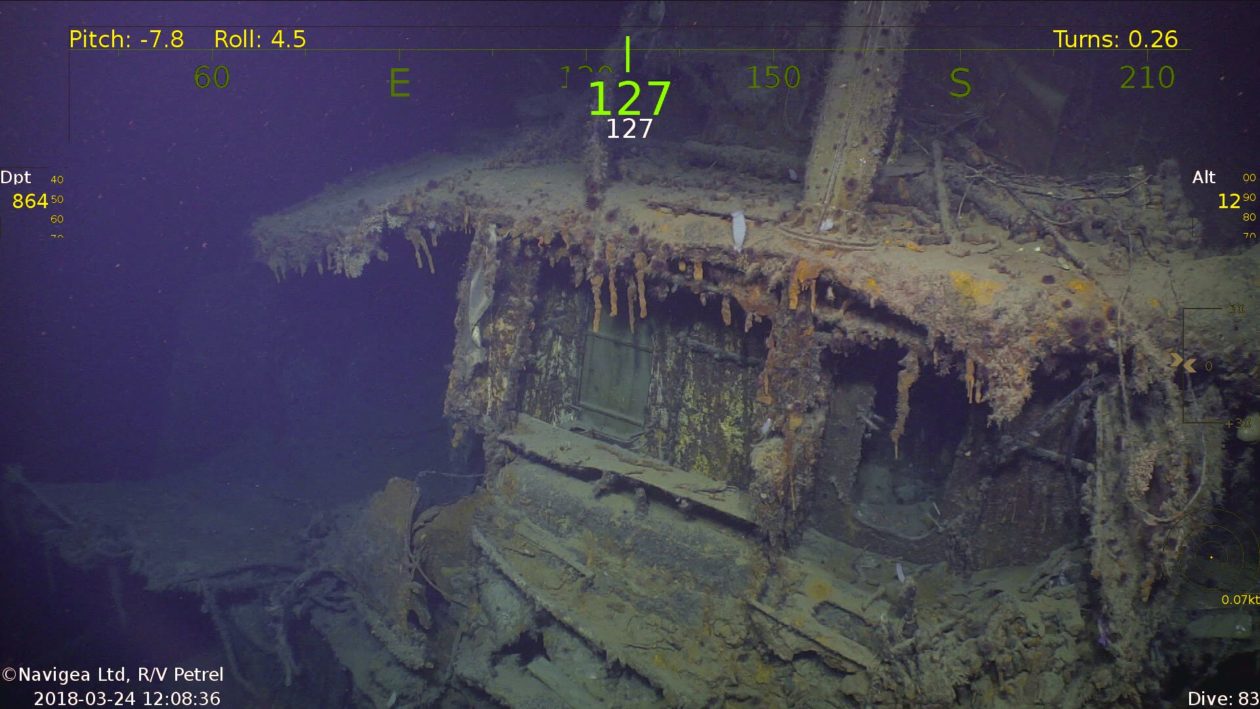 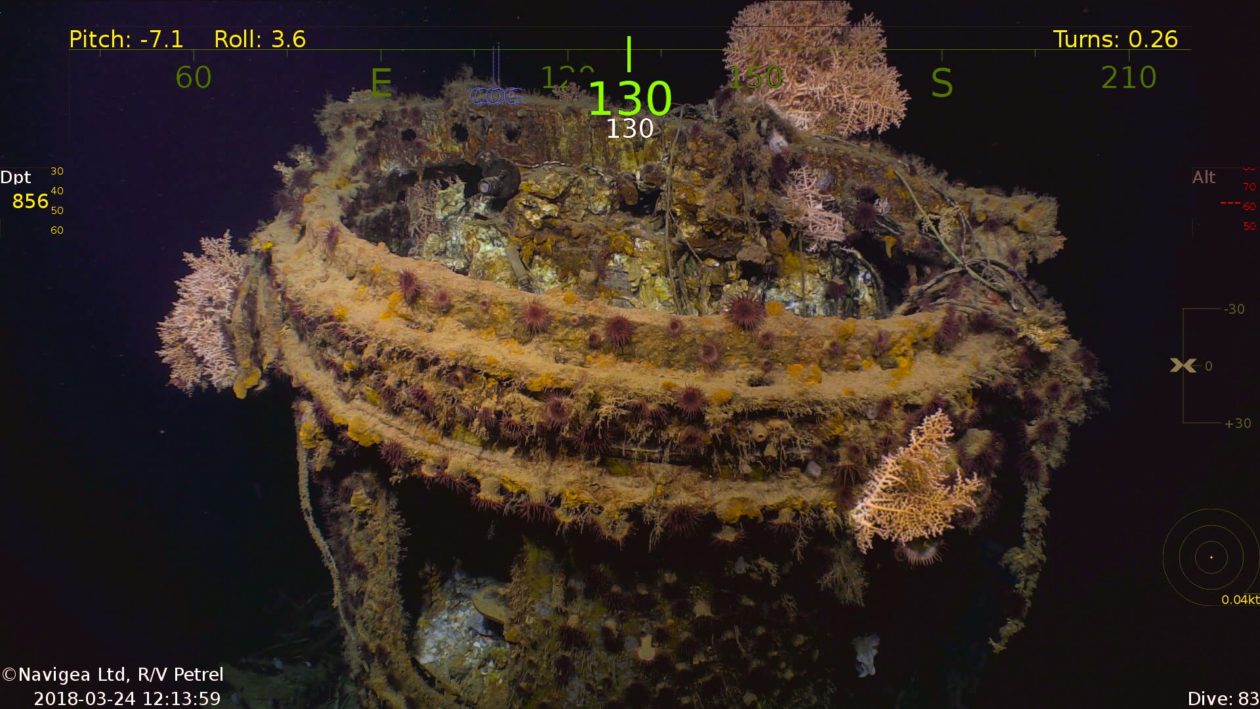 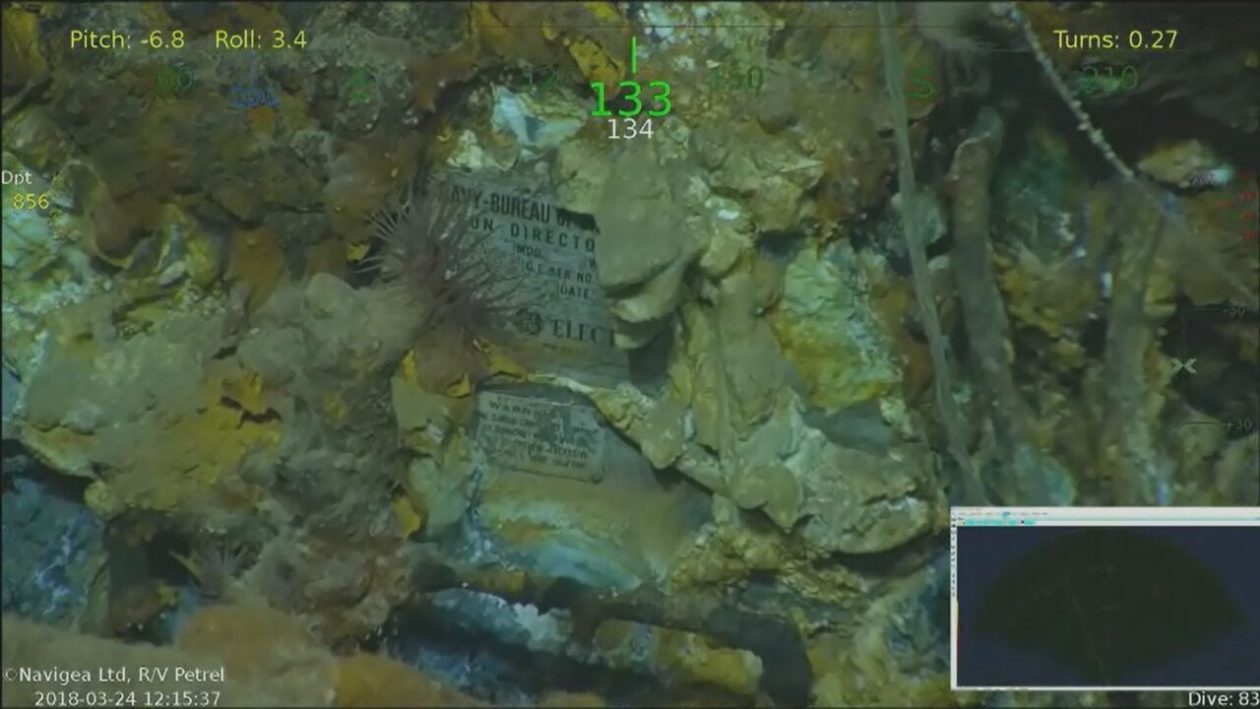 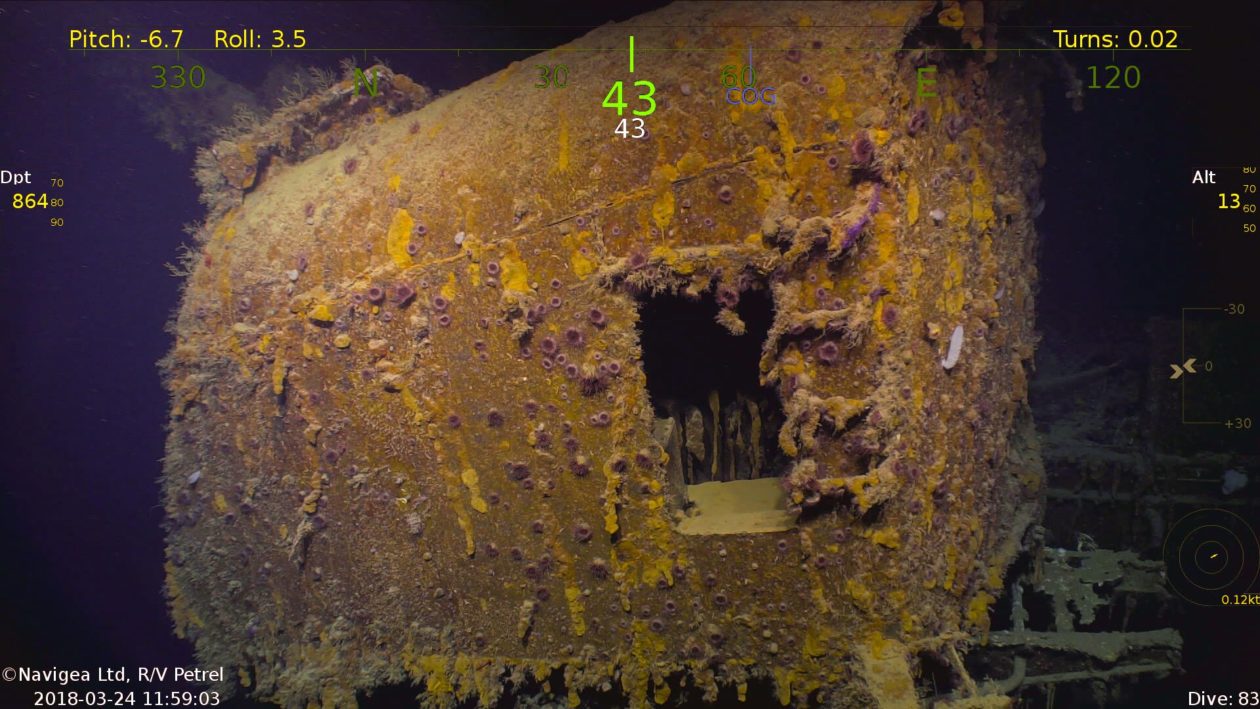 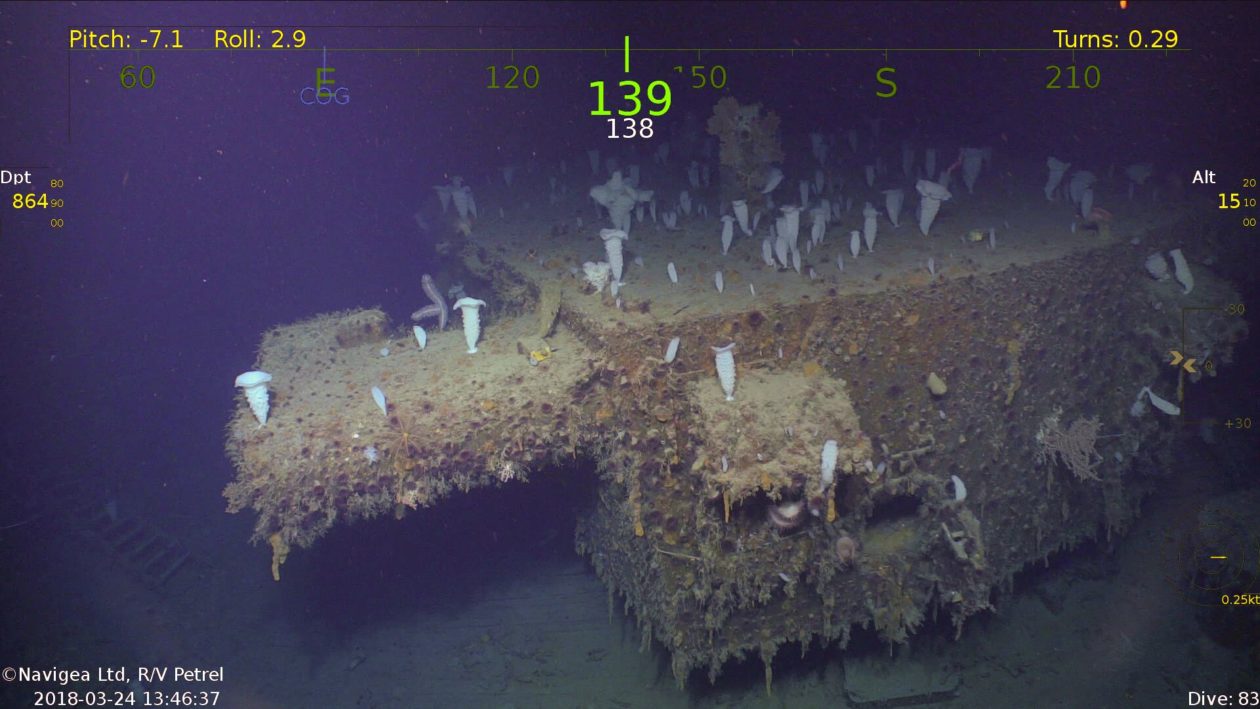 The cruiser played key roles in the Battle of Guadalcanal (1942), the Battle of Cape Esperance (1942) and the Battle of Kula Gulf (1943). It was during that last battle that the ship was sunk by three Japanese torpedoes, after its blazing guns revealed its location to enemy vessels.

One of the most gripping chapters in the Helena’s saga came after its sinking.

“As various rescue efforts got under way over the course of 10 days, amazing stories of sailor toughness unfolded in which 732 of the 900 crew survived the sinking and were ultimately rescued,” Dave Werner, a spokesman for the U.S. Navy’s Pacific Fleet, said today in a news release..

With Allen’s support, the 250-foot research vessel Petrel has been making the rounds in the South Pacific in search of historic shipwrecks. Late last month, the Petrel’s crew identified the Helena resting on the floor of the New Georgia Sound off the coast of the Solomon Islands, at a depth of 2,800 feet (860 meters).

The discovery was hailed by the skipper of another vessel bearing the Helena’s name.

“USS Helena (CL-50) was an exceptional ship whose impact on the path of the Pacific conflict in WWII cannot be overestimated,” said Cmdr. Jason Pittman, commanding officer of the submarine Helena. “The crew of the current Helena is proud to carry on CL-50’s legacy of excellence, and we are humbled to know the final resting place of our namesake, and those who were unable to be rescued, has finally been identified. We owe many thanks to Mr. Allen and his team for bringing closure to this chapter in Helena’s storied history.”

“We do these missions as testament to the brave souls who served on these ships,” Robert Kraft, director of subsea operations for Paul Allen, said in today’s news release. “Each ship has a story that touches families and friends of those who perished or survived. It’s gratifying to hear those stories each time we announce a new discovery.”