With the help of a remotely-operated vehicle and new historical information, Microsoft co-founder Paul Allen and a team of researchers have discovered a lost U.S. Navy cruiser 5,500 meters below the surface of the Philippine Sea.

On Friday Allen’s crew located the USS Indianapolis, one of the most historic ships from World War II. The 9,800 ton heavy cruiser was the flagship of the Fifth Fleet and completed a secret mission to deliver parts of the first atomic bomb used in warfare. It was torpedoed by a Japanese submarine on July 30, 1945 while en route from Guam to Leyte. Only 316 of the 1,196 sailors and Marines survived; 22 still live today.

After several expeditions to try and locate the Indianapolis, Allen’s 16-person team was successful thanks to two important factors. The first was a 250-foot research vessel that Allen bought last year and retrofitted with state-of-the-art subsea equipment, including a remote-controlled vehicle with attached HD cameras capable of diving 6,000 meters. The second was a discovery last year by historian Dr. Richard Hulver, who found a new potential search area. 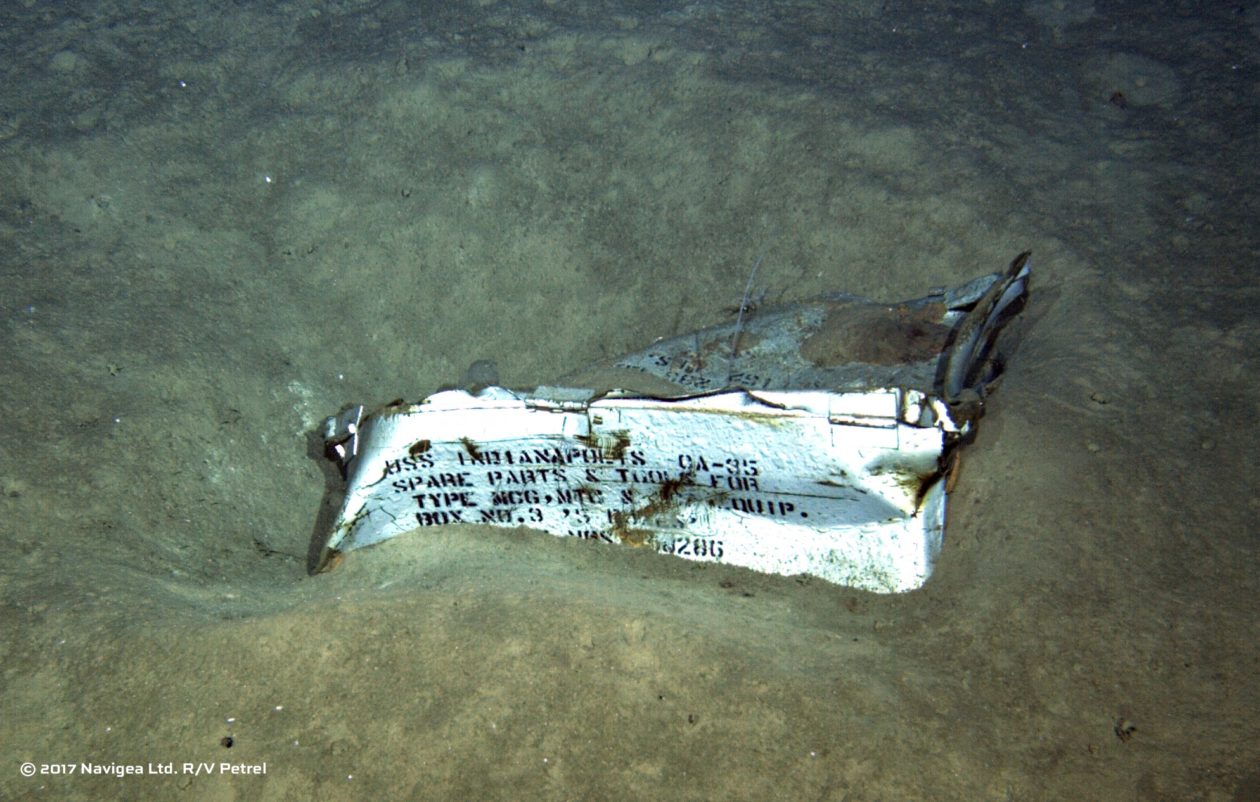 An image shot from a remotely operated underwater vehicle shows a spare parts box from USS Indianapolis on the floor of the Pacific Ocean in more than 16,000 feet of water. Photo courtesy of Paul G. Allen. 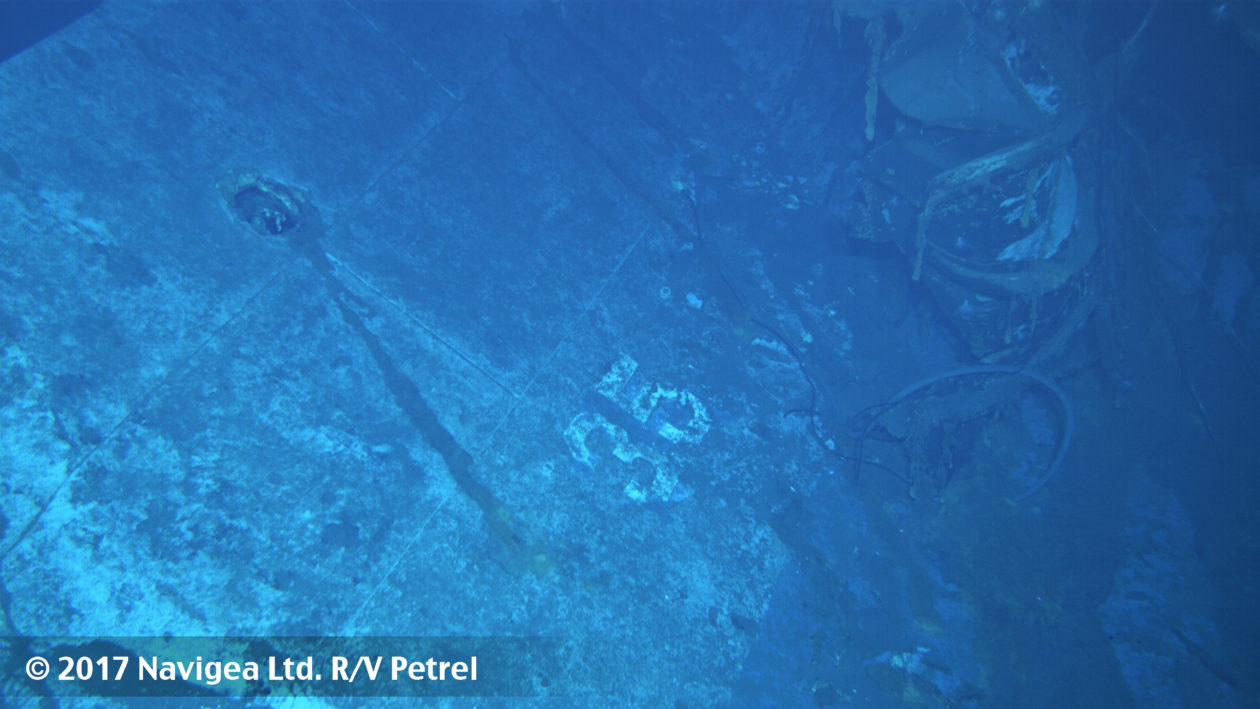 An image shot from a remotely operated vehicle shows what appears to be the painted hull number “35.” Based on the curvature of the hull section, this seems to be the port side of the ship. Photo courtesy of Paul G. Allen. 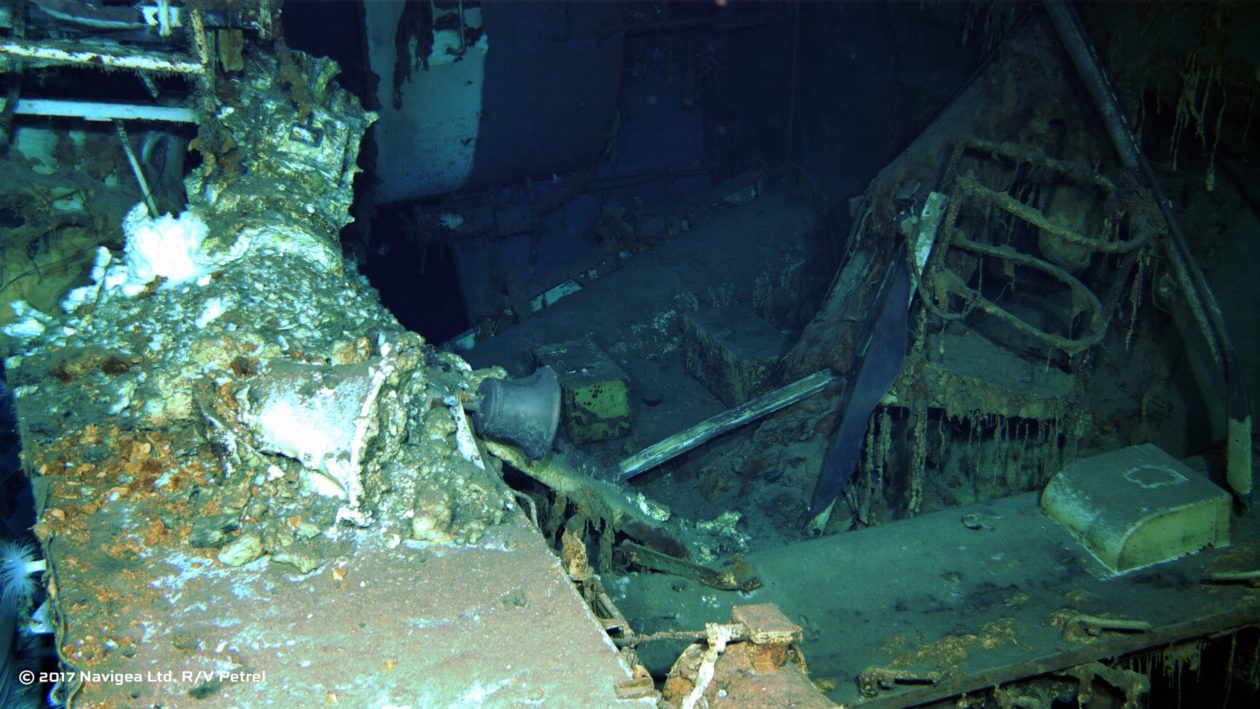 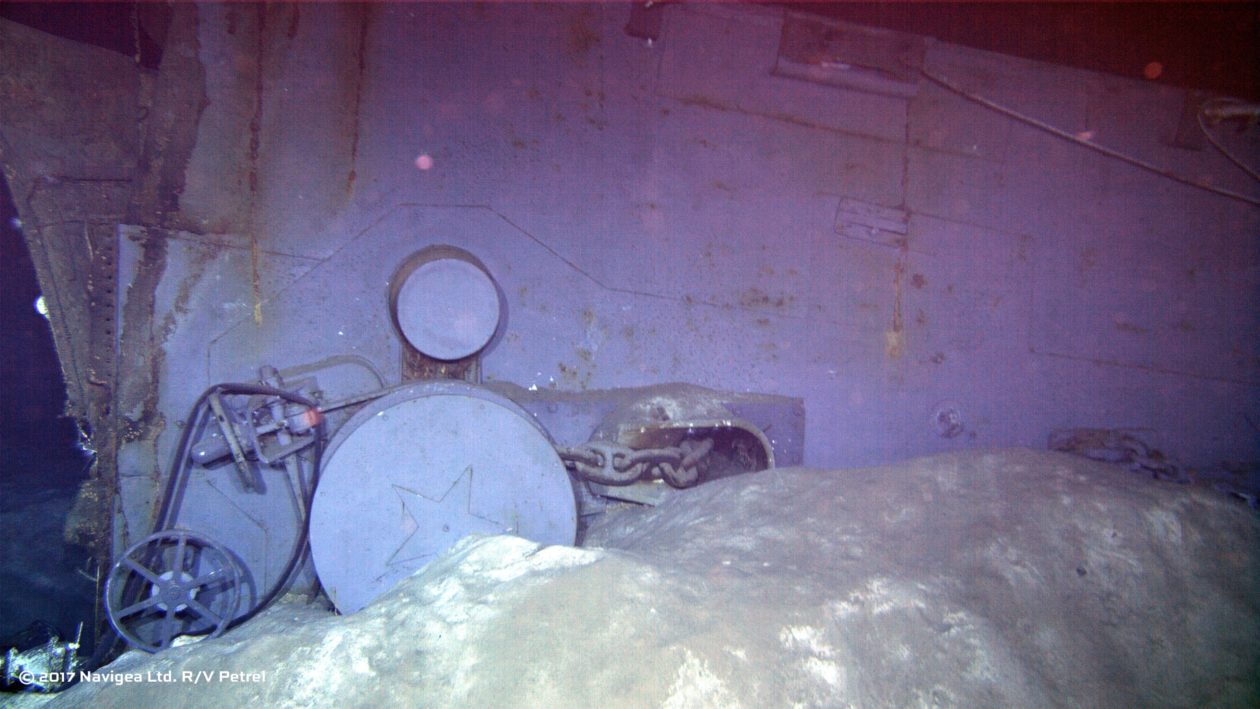 An image shot from a remotely operated vehicle shows wreckage which appears to be one of the two anchor windlass mechanisms from the forecastle of the ship. Photo courtesy of Paul G. Allen.

“To be able to honor the brave men of the USS Indianapolis and their families through the discovery of a ship that played such a significant role during World War II is truly humbling,” Allen said in a statement. “As Americans, we all owe a debt of gratitude to the crew for their courage, persistence and sacrifice in the face of horrendous circumstances. While our search for the rest of the wreckage will continue, I hope everyone connected to this historic ship will feel some measure of closure at this discovery so long in coming.”

Allen’s crew will live stream a video tour of the wreckage in the coming weeks, similar to what they did for the Japanese battleship Musashi, which Allen helped discover in 2015. The 64-year-old also led a mission to find the Italian World War II destroyer Artigliere this past March.

Here are photos of the vessel and remote-controlled vehicle; photos via Vulcan (Allen’s investment arm): 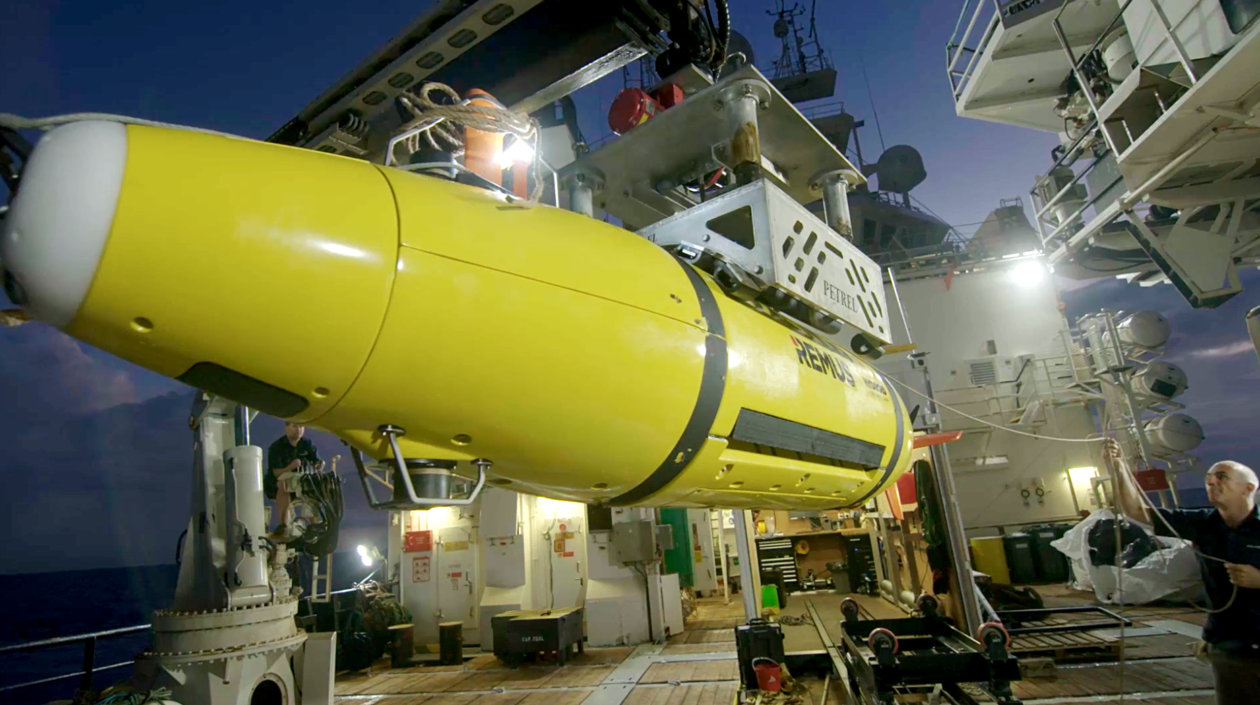 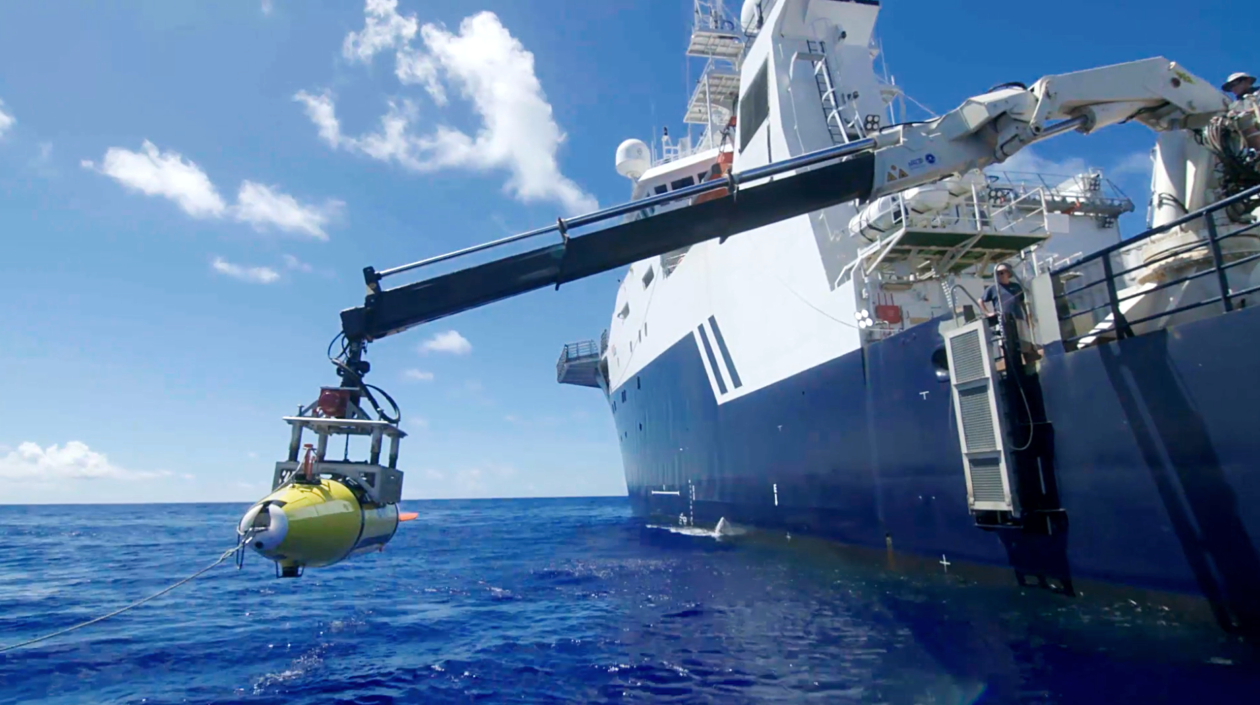 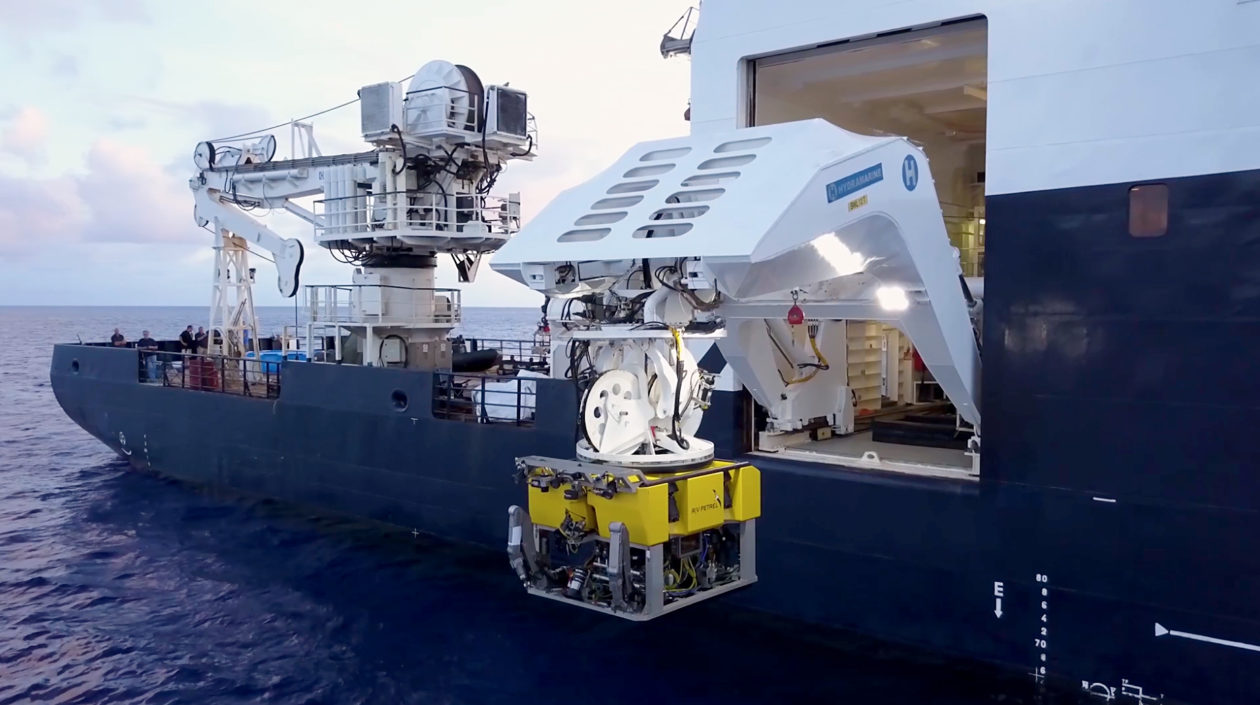 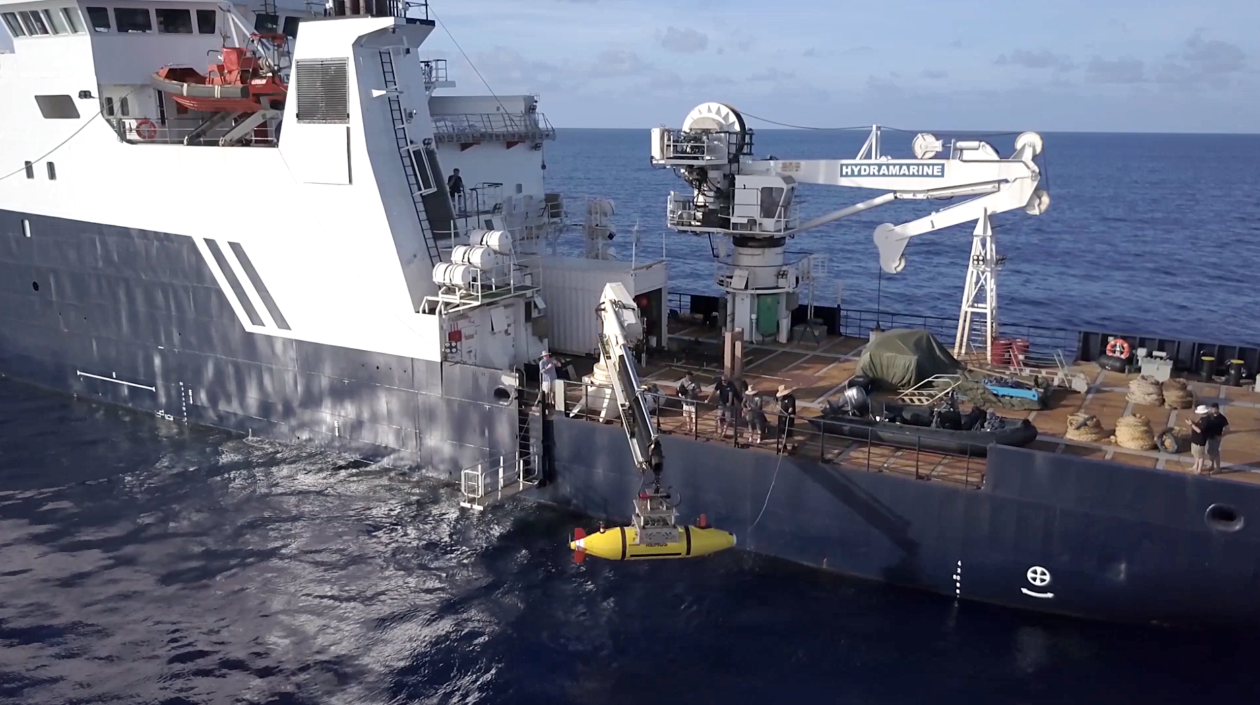 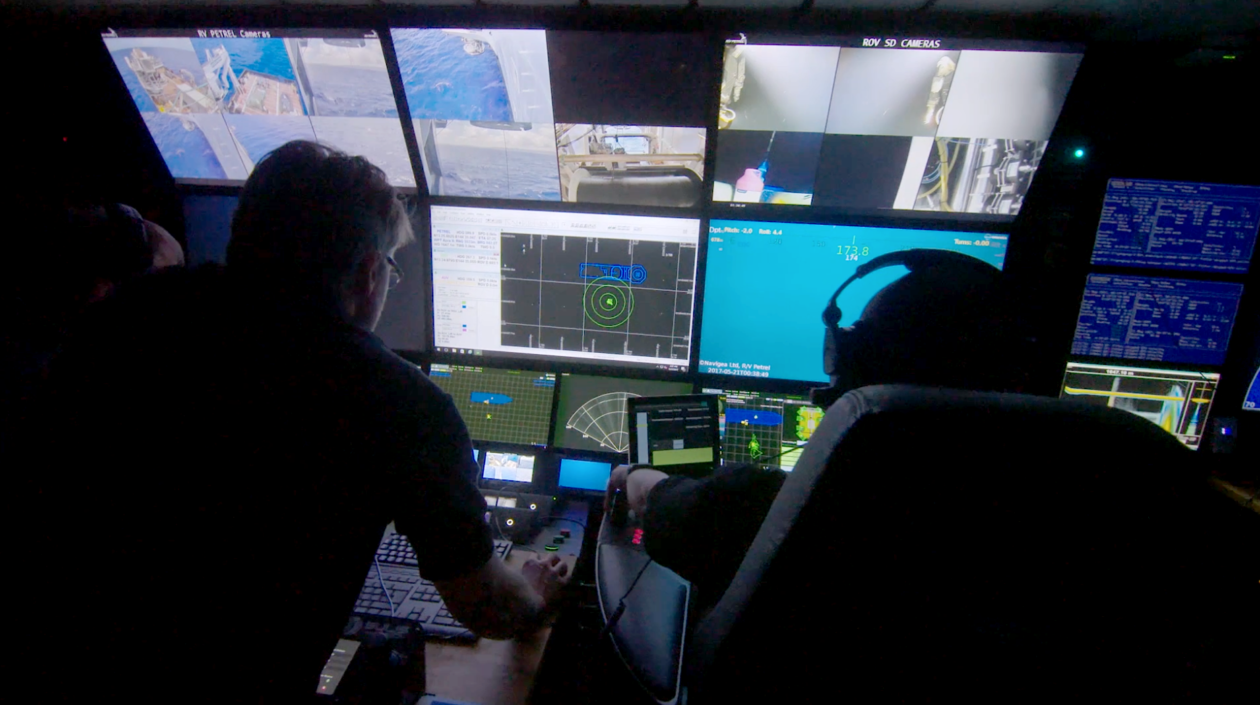 Here’s how the subsea survey process works, via Vulcan: