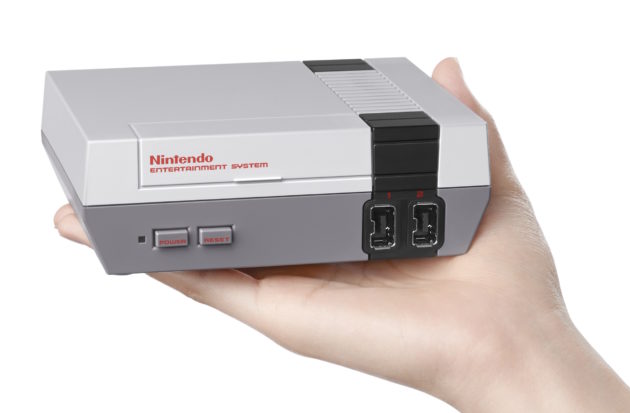 If you missed out on the Nintendo NES Classic craze in late 2016, you’re in luck. Friday’s relaunch of the console has been long anticipated, and there might still be a chance for you this time around.

The NES Classic is a modern and mini version of the original home console. When Nintendo first launched the revival in 2016 for a limited production run, it was almost instantly sold out. In 2017, Nintendo announced it was halting production after it sold more than 2 million units in six months.

My social life is like the NES Classic Edition- I only show up once a year for a VERY limited time.

Polygon said there would probably be similar hype for the re-launch of the console, which hasn’t been on retail shelves since April of 2017. And it seems like that’s true.

The bad news is you might be out of luck if you’re shopping online. According to IGN, as of 12:21 p.m. PST, the console was sold out at all major retailers online, including Amazon, Best Buy, Walmart, ThinkGeek, and GameStop.

Oh cool NES Classic is back in stock!

Oh look the NES Classic is sold out.

Seriously Nintendo, still confused as to why people continue to emulate the fucking games?

But the good news is you might have some luck heading to a brick-and-mortar store. For instance, Amazon said it would have a limited supply of NES Classics available at Amazon Books retail stores, according to Ars Technica. And if there’s a GameStop, Best Buy, Walmart, or Target near you, it’s worth giving your local store a call to see if the NES Classic is still in stock.

And you might have more of a chance if you can wait just a little bit longer for the first-day craze to die down. Redmond, Wash.-based Nintendo of America said in May that it expects that the console will be in stock until the end of the year, in an attempt to alleviate worries that the supply would not be able to meet the demand, as in the previous production run.

#NESClassic Edition will return to stores on June 29! This system and the #SNESClassic Edition system are expected to be available through the end of the year. https://t.co/LclbG5m4ta pic.twitter.com/1PcXBI5qJC

The NES Classic comes pre-loaded with 30 — dare I say it — classic games, including Super Mario Bros., The Legend of Zelda, and Donkey Kong. The console is optimized for gameplay in this decade with an HDMI port, though it’s definitely a dose of nostalgia.

The relaunch of the retro console also brings along updates of matching controllers, like 8BitDo’s, whose 2016 controller Gizmodo deemed the best alternative for the console. The new wireless controller is almost the same, but with a few changes. The Verge says this edition has a dedicated home button, which even Nintendo hasn’t added.

You can preorder 8BitDo’s controller now, but it won’t be released until Aug. 20.