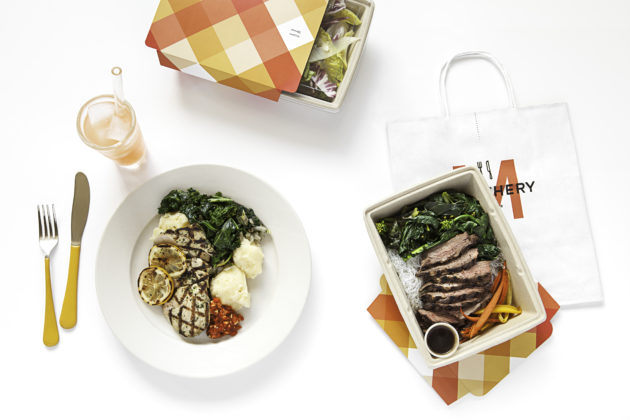 Munchery appears to have made its last meal delivery in Seattle, and two other major cities.

The online meal delivery company, which competes with services such as Uber Eats, Postmates, GrubHub, Amazon and Peach, announced in a blog post that it is shutting down service in Seattle, New York and L.A.

“I am saddened by this development, but I am also incredibly hopeful and excited by what we can accomplish in this next phase,” wrote CEO James Beriker. “I fundamentally believe in the opportunity that exists in food e-commerce, fresh food production and home delivery—and in our position as a leading innovator in this market.” It plans to focus efforts on its biggest market of San Francisco.

About 257 people, roughly 30 percent of the company’s staff is being let go as a result of the closures, according to TechCrunch.

When Munchery arrived in Seattle four years ago — along with a fresh round of capital totaling $28 million — the company appeared bullish on its prospects.

“We think Seattle and San Francisco share many qualities, both in terms of the people and geography,” Munchery Director of Marketing Michael Schaecher told GeekWire in 2014. “Both cities are early tech adopters with a vibrant startup community. Both are passionate about high-quality, real food. And unfortunately, we also share horrible traffic over similar terrain — which makes adapting operations easier.”

The closure of three key markets could indicate that the online food delivery market is over-saturated. Munchery had raised about $120 million in venture funding and was once valued at $300 million, but it hit hard times last year, and was scrambling for funding to keep operations moving forward.

Today, we announced that we are closing down our operations in Seattle, New York and Los Angeles. This was a hard decision—and not one we made lightly.

We recognize the impact this will have on the members of our team in those regions. Our teams in each city have built their businesses from scratch and worked tirelessly to serve our customers and their communities. I am grateful for their unwavering commitment to Munchery’s mission and success. I truly wish that the outcome would have been different.

When the company was founded in 2011, Munchery had a great idea, which turned into a great product that consumers loved. The company doubled down on growth and expanded our operations quickly with the goal of providing fresh, healthy meals to as many households as possible.

This change is hard, but moving forward, our San Francisco team will focus on growing our business in San Francisco, our first and largest market, developing our shipping capabilities so that we can more efficiently serve other regions, and continuing to focus on evolving our technology platform. This reduction in scope will allow us to focus on continuing to execute on Munchery’s vision, achieve profitability on the near term, and build a long-term, sustainable business.

I am saddened by this development, but I am also incredibly hopeful and excited by what we can accomplish in this next phase. I fundamentally believe in the opportunity that exists in food e-commerce, fresh food production and home delivery—and in our position as a leading innovator in this market.

I look forward to continuing to work with our team and investors to leverage technology to change the way people source fresh, prepared meals at scale.