Microsoft’s transformation into a cloud computing company continued apace in during its first fiscal quarter, which saw a 47 percent jump in revenue from its commercial cloud products but also saw a dip in the growth of its Azure public cloud computing service.

Microsoft continued to keep Azure’s revenue a secret, and reported growth of 76 percent in revenue for its public cloud infrastructure service during the quarter. That’s heady growth, for sure, but it’s down from previous quarters in which Azure revenue growth ranged between 89 and 99 percent. 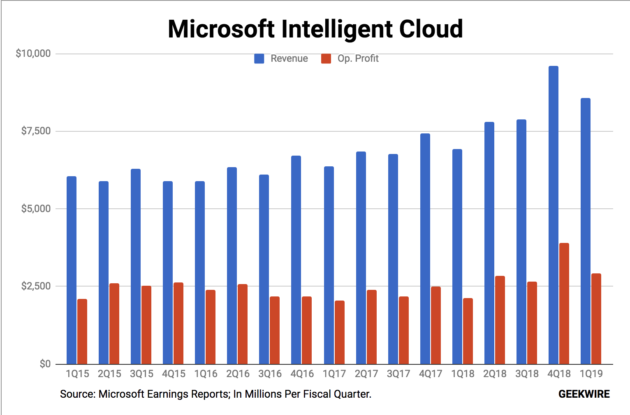 Microsoft CEO Satya Nadella and CFO Amy Hood dodged several questions about Azure revenue and growth prospects for the year during a conference call following the release of Microsoft’s earnings. Both executive sought instead to focus on Microsoft’s hybrid cloud strategy, which includes sales of on-premises server products as well cloud services through Azure, in sticking to a broader number during their discussion of Microsoft’s cloud business.

Hood did allow that Azure bookings increased during the quarter, which is an imperfect way of measuring software performance but does hint at future growth. And Microsoft is signing more and more companies to longer-term Azure contracts, as cloud computing shifts from ad hoc developer use to carefully negotiated enterprise deals, she said.