Watching the world’s top golfers at The Open Championship at Carnoustie this week, I was struck by a juxtaposition of old and new. As the guys practiced on the 176-year-old driving range, a huge video screen behind them displayed graphical, complex statistical representations of their drives — the same screen I had just seen at my local indoor fitting studio.

Whether a tour pro or a total hack, we’re all looking for any way to improve our performance. And thanks to huge advances in technology and lowered costs for everything from club fitting to body movement, a number of top tools are now available to golfers.

I went in search of the latest and greatest in the Seattle area to see what it could do for my game. 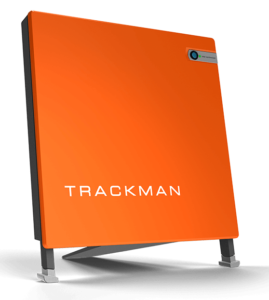 My journey began at Club Champion in Bellevue, Wash., a specialized indoor fitting studio utilizing Trackman 4, the industry-standard square shaped launch monitor on PGA Tour ranges every week that utilizes dual radar to track every aspect of your club and ball flight.

Talk about a kid in a candy shop. James Wallace, general manager and master fitter at Club Champion, showed me a dizzying array of more than 100 shafts and heads from every manufacture imaginable, a number I’d never heard of.

After a lengthy questionnaire to learn everything he could about my game, I went into the hitting bay with my own driver (a top-of-the-line TaylorMade M3 with the stock shaft I’d bought at a local retailer earlier this year) and hit 10 drives. Trackman measured a number of variables including clubhead speed, face and launch angle, carry, spin rate, smash factor and much more. The huge video screen showed the ball flight over a simulated driving range and all my stats.

With a baseline established, Wallace then selected about a dozen different shafts to try on an M3 head identical to mine. As I tried each, he gathered data and began paring down the options. There were dramatic differences in performance and feel, from distance to accuracy. After dozens of swings, we found the perfect match: a shaft from upstart Swiss manufacturer TPT Golf. The company is making a name for itself with a new manufacturing process developed with labs specializing in new materials technologies for things like America’s Cup sails and Formula 1 race cars that created perfectly concentric golf shafts.

With the TPT shaft in hand, Wallace then had me try it in a number of heads from every major manufacturer, which provided vastly different results. We ultimately settled on an M3, the head I started with. The numbers were staggering. According to Trackman I had picked up nearly 6 MPH in clubhead speed and 17 yards in distance. I was giddy, and Wallace was beaming. It’s a common occurrence at Club Champion.

“Instead of hitting six iron in, you’re now going to be hitting seven iron,” Wallace said. “The closer you get to the hole, the higher your scoring chances are. Essentially I just got you 10 percent on your drives.”

But they say “drive for show and putt for dough,” so of course there’s now a high-tech fitting tool for putting I had to try at Club Champion.

Standing on an indoor putting green, Wallace attached a sensor from SAM PuttLab to the shaft of my Taylor Made Spider and had me make a bunch of putts. The system uses ultrasound to measure 41 different parameters ranging from path to aim to face angle at address and through the putt. The system then spits out a head-spinning array of stats, ultimately showing the good and bad of my putting stroke. Suffice it to say, I tend to aim and pull putts to the left and have to make compensations to square it up, which Wallace explained significantly impacts consistency.

“Nearly everyone buys a putter right off the shelf based on feel or look or brand with no idea how they should fit,” Wallace explained. “And many are the wrong type for a particular style.”

After analyzing my putter and stroke, he determined the putter was fine but if he adjusted the loft and lie — just like with all the other clubs in your bag — and shortened my shaft by one inch. I could more consistently roll the ball on my intended line and ultimately make more putts.

So has all this made any difference? I just played in a 3-day tournament with a friend who usually outdrives me on a regular basis by at least 20 yards. But this week I was consistently near or even with him and finding myself in the fairway noticeably closer to the hole.

As for my putting, I feel more comfortable over the ball, and my accuracy and speed control is vastly improved. I’d love to say I’m making a lot more putts, but I don’t have the statistics to back that up.

What I will say is that I’m making a lot of good putts and more importantly, the ball is going where I want at the pace I expect, which is giving me a lot of confidence. And since putting is about 40 percent of our shots, that’s worth its weight in gold.

My quest for the latest in golf improvement technology next took me to Golfletica in Bellevue, a sports performance and chiropractic clinic that emphasizes golf performance, training and injury treatment and rehabilitation.

Clinic founder Dr. Harry Sese has made a name for himself on the PGA Tour the past few years training and treating a number of top players and Tour winners including world No. 5-ranked Jon Rahm, U.S. Open winner Graham McDowell, and other PGA Tour winners such as Adam Hadwin, Kevin Chappell and Kyle Stanley of Gig Harbor, Wash. But he also treats everyone from top junior and college players, all the way to weekend warriors like me.

One of Sese’s favorite tools is K-Vest, a wearable, flexible harness made by K-Motion that straps around the upper body. It features a number of electromagnetic sensors that communicate with proprietary software to track a variety of body movements in the golf swing.

“It tells me what a player is actually doing in the swing,” Sese said. “It helps me not only analyze that, but helps them use the data and biofeedback to train the proper movements and positions.”

It’s common to see Tour players and their coaches putting K-Vest through its paces on the range. But Sese said it can be just a valuable or more for less-skilled players.

“The golf swing is all about kinematic sequence,” he said. “That means, are you moving the right body parts at the right time in the swing? That’s why the Tour pros look so effortless, while most amateurs try to swing harder but the ball doesn’t go anywhere.”

According to Sese and the company that makes K-Vest, golfers can dramatically increase their distance, find more accuracy and minimize strain on your body or even injury by using the technology to swing more efficiently.

“Every swing is different, but if you put DJ, Tiger, Jordan or other top players on a K-Vest, you’re going to see they do a lot of things very similar,” Sese said. “I can give you more distance just by looking at the data. If you play a lot, this could be your missing piece.”

Another increasingly popular tool of the top Tour pros is what appears to be a blue carpet the size of a beach towel. But just beneath the surface of BODITRAK is a powerful, portable weight distribution and pressure sensor that’s become a must-have for top trainers like Sese.

The BODITRAK precisely detects where your weight is distributed, both at rest and during the golf swing. And it turns out that’s critical in improving your performance.

The golf swing starts with the ground.

“The golf swing starts with the ground,” said Dr. Sese. “When you see someone like Rory McIlroy or Justin Thomas swing, it looks like they’re jumping. That’s them pushing into the ground and the ground pushing them off, or downforce.”

As I stood on the BODITRAK, Sese showed me my weight distribution in my golf setup and swing in real time on a heat map of sorts transmitted to an iPad. As I went through the full range of motion, the sensors showed I tend to have too much weight in my toes. As I adjusted my stance to get more weight in my arches and then ultimately my heels, I could see the colors change and got instant feedback on what proper balance should feel like. And after a handful of swings things started to feel different.

“If you’re on your toes when you start your swing, what do think is going to happen? You’re going to fall forward to catch yourself and throw your hips forward because that’s where your center of gravity is going to go,” Sese said.

Just by looking at weight distribution at setup and the swing, Sese could tell when I miss — I tend to come over the top and pull shots to the left.

“It cleans up a lot of your swing mechanics,” he said of the BODITRAK. “From there you can do exercises and learn how your weight can control your shot shape using the ground itself, and improve your performance.”

Our brief assessment has already paid huge dividends. Thanks to our single session, I am now often aware of where my weight is when I set up and swing, and am more often able to swing the way I intended (I tend to favor a slight draw, and it’s been much easier since my BODITRAK session with Sese.)  And just as valuable, if I hit a poor shot, pull or push one to the right, I have an immediate idea of what I did wrong and how to fix it.

In summary, golfers are always chasing the latest and greatest in search of the holy grail of improvement. And even though you can’t ultimately buy a game, there’s no doubt technology continues to power dramatic advances that are increasingly accessible to all of us. And in the case of Trackman, SAM Putting, K-Vest and BODITRAK, a ton of golfers and I can attest to how much of a difference the technology can make in our games.