Seattle’s tech scene has a lot of mojo going on right now.

That’s the word from John Connors, managing partner at Ignition Partners who was previously Microsoft’s chief financial officer before taking on his current role at the Seattle-area venture capital firm.

“Seattle is becoming, pretty indisputably, the second-most important market behind Silicon Valley,” Connors said in an interview with GeekWire this week. The firm is now betting big on Seattle, and it has promoted two principals at the firm — Preeti Rathi and Kellen Carter — to the role of partner, in part to scout for even more deals.

Since it launched in 2000, Ignition has invested in 64 startups based out of the Pacific Northwest and 76 companies in Silicon Valley, where it has another office. Connors expects more of a 50/50 split in the coming years, largely based on the increasing activity around Seattle. The firm’s last five investments have been in the Seattle area. 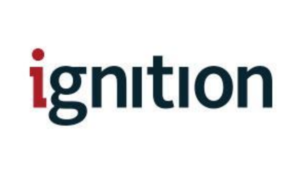 Connors pointed to the continued growth of Amazon and Microsoft, and in particular their cloud businesses. He said the rate of innovation for enterprise computing at the tech giants is “stunning for companies of that size.”

“Those are arguably the two most important companies in the world right now in terms of business computing and business disruption,” Connors added. “With those two located here, the future is very bright.”

It’s not certain that Amazon and Microsoft will lead to more startup activity, and some have concluded that their contribution to the startup ecosystem should be more given their massive size.

Dan Primack — the well-known author of the Pro Rata newsletter at Axios — wrote this week: “…I was chatting with some VCs about the relative dearth of Seattle startups, expressing surprise that neither Amazon nor Microsoft have really become founder factories.” (See previous GeekWire report: Seattle’s unlikely hero? How RealNetworks sparked the region’s startup community)

Seattle’s startup ecosystem is growing, but it still pales in comparison to Silicon Valley. Venture capitalists invested $768 million across 51 deals in Washington state during the second quarter, ranking the state 6th in terms of dollars invested, according to the PwC/CB Insights MoneyTree Q2 VC Report. That compares to $12.1 billion across 586 deals in California for the same period.

Even so, Connors sees a bright outlook ahead.

In addition to Microsoft and Amazon, more than 100 large tech giant giants — from Uber to Salesforce to eBay to Oracle — have established engineering offices in and around Seattle, hoping to tap into the robust talent pool.

“We will continue to see that grow,” Connors said.

Ignition is investing out of its sixth fund. The early-stage firm focuses on Series A rounds, with an occasional seed and Series B participation. It invests in 10-to-15 companies per fund.

Ignition was an early investor in B2B startups such as Cloudera, Docusign, Heroku, Splunk, and XenSource.

Ignition’s promotions on Thursday of Rathi and Carter signal that it will look to attract even more startups, especially those with female founders.

Rathi, a Stanford University and Wharton School graduate who joined Ignition in 2016, is the second-ever female partner at Ignition.

A 2016 survey conducted by the National Venture Capital Association and Deloitte found that just 11 percent of VC firm investment partners were women.

“We have to work hard to make sure that we are identifying, cultivating, and growing diverse talent,” Connors said. “Nothing works like actually promoting someone like Preeti, who is just a huge talent. Hopefully she’ll be great at attracting female entrepreneurs.”

Last year, one of Ignition’s partners stepped down after allegations of misconduct.

“Venture investing, first and foremost, is about identifying great ideas and the entrepreneurs that can turn them into reality,” Rathi told GeekWire. “At Ignition, we believe that no single group or geography has a monopoly on great ideas. And, we are walking the talk – in our current fund, 39 percent of our portfolio companies have women CEOs/founders.”

Rathi is confident that the venture community will work to make the playing field more “fair and meritocratic.”

“It is an ongoing journey to ensure that there aren’t hidden biases that may negatively affect any particular group,” said Rathi, who was previously at Opus Capital and Juniper Ventures. “The good news is that there is a lot of awareness around this issue and I am happy to see the venture community as a whole taking steps to be conscious of any biases that may be creeping into the investment process.”

Carter joined Ignition in 2013. He focuses on investment in intelligent horizontal and vertical application software and is on the board of botkeeper. He was previously an investment banker at Mooreland Partners and an associate at KPMG’s advisory practice.

Connors said the promotions recognize how both Carter and Rathi are helping Ignition identify emerging technology and platforms.

“This is a business where big platform and app shifts happen,” Connors said. “Generationally, you have to be really plugged in with the right generation of folks. My generation is not at an end, but it’s not at the beginning.”