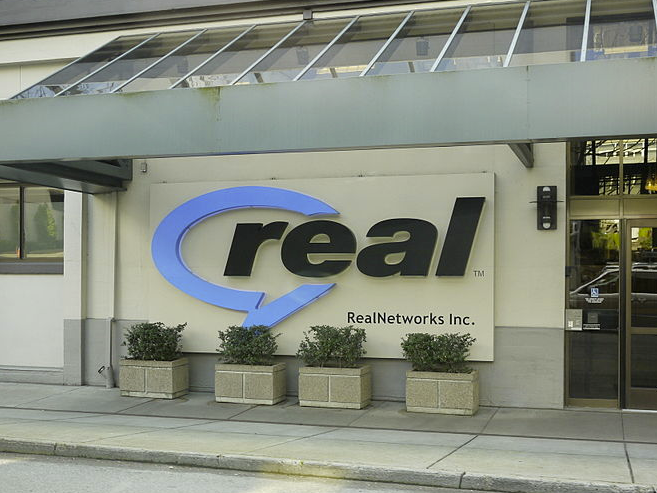 Seattle’s tech industry may be known for heavyweights such as Amazon.com and Microsoft. But the DNA of another company has had a surprising impact on the Seattle startup ecosystem, populating dozens of new ventures and producing some of the region’s most notable entrepreneurial success stories.

That company is RealNetworks.

OK, I know what you’re thinking. RealNetworks? Are they still around?

Yep, they are.  And while the pioneer in online audio and video is struggling to find relevancy in 2012, its impact across the broader Seattle tech community is worth pointing out and may provide some clues as to what the region needs in order to create the next generation of entrepreneurial companies. (And, surprisingly, it’s not always hugely successful outcomes).

Now, before you call me crazy, just hear me out.

I’ve been floating the theory of RealNetworks’ impact on the Seattle startup community to a number of venture capitalists, lawyers, entrepreneurs and bankers over the past few months, testing the thesis and encouraging debate. Each time I bring up RealNetworks, people laugh, discounting its impact.

Then, I hit them with this line: RealNetworks alumni have produced more important startups in Seattle than Amazon.com alumni.

That tends to get people’s attention. After all, you’d think that Amazon.com — founded in the same year as RealNetworks — would have produced far more successful spin outs. But, despite an employee count that is now roughly 50 times bigger than RealNetworks, I’m hard-pressed to name one hugely successful Amazon spin-out that’s rooted here in Seattle. Twilio is perhaps the most successful, though former Amazon employee Jeff Lawson relocated the company to the Bay Area shortly after it was founded. A host of smaller companies led by ex-Amazon.com employees are on the rise — such as Lockerz, Opscode and EnergySavvy. But the cast is relatively small.

In fact, Amazon.com may be having a reverse effect on the startup ecosystem. As it hunts for top-notch talent, it has been more of an importer than an exporter of startup talent (see examples of Dave Schappell’s crew at TeachStreet and Logan Bowers’ team at Quorus in recent months).

That’s not the case with RealNetworks whose roots can be seen all over the place in Seattle startups.

Consider this: The most successful venture-backed company to emerge in Seattle in the past 10 years — Isilon Systems — was founded by ex-RealNetworks engineers Sujal Patel and Paul Mikesell. Sold to EMC for $2.25 billion, the online storage company continues to grow like gangbusters in Seattle’s Pioneer Square neighborhood.

But it doesn’t stop there.

Big Fish Games — one of the region’s most established gaming companies with revenue of $180 million last year — was created by former RealNetworks’ gaming exec Paul Thelen. His boss at Real, Andrew Wright, sold Smilebox last year to IncrediMail for up to $40 million.

A number of other entrepreneurs — Derrick Morton of Flowplay, Kelly Smith of Zapd/Inkd; Dan Shapiro of Ontela/Sparkbuy; Mike Metzger of PayScale; Brad Hefta-Gaub of Korrio; Josh Hug of Beamit Mobile; Virl Hill of Jumala and others — trace their histories to RealNetworks.

Beyond that, RealNetworks has spun off one of the top digital music companies. Rhapsody now boasts more than one million subscribers, and reported first quarter revenue of $35 million. There aren’t many Internet companies in this city producing that kind of revenue, surpassing even Zillow’s quarterly total.

Why did RealNetworks spawn so many startups?

There are certainly a number theories worth exploring as Seattle considers methods on how to bolster its technology ecosystem, a debate that’s been raging in recent weeks. During its heyday, RealNetworks developed a hard-charging entrepreneurial culture driven by founder Rob Glaser.

An ex-Microsoft executive, Glaser recruited smart people and encouraged them to push the envelope. But his style didn’t always mesh with others, causing some to leave the company. That churn, coupled with a slumping stock price, had to play a role in the entrepreneurial seeds being planted. The fact that RealNetworks never became a huge tech titan on the order of Microsoft or Amazon, which could lock in employees with huge salaries and, at least in the case of Amazon a rising stock price, also should be considered.

But that’s just part of the story.

To get more perspective, I asked Glaser — an active Seattle angel investor who remains chairman of RealNetworks  — for his thoughts. Glaser, who is now involved in a new Seattle and San Francisco startup called Sidecar, said he’s proud of the fact that so many entrepreneurs have emerged from RealNetworks.

“I think it is fair to say that we’ve probably punched above our weight in terms of entrepreneurs who have roots in our company,” said Glaser.

Multi-generational startup lineages are common in Silicon Valley, going back to the days of Fairchild Semiconductor. But Glaser said that culture does not exist in Seattle.

Boeing didn’t really create an entrepreneurial culture at the aerospace giant, nor did Microsoft to the level one might think.

“It was a small cohort of us that went literally right from Microsoft to a major entrepreneurial success,” said Glaser, also pointing to Valve Software co-founder Gabe Newell.

At RealNetworks, Glaser said that he was trying to find a select group of people who could bring the same type of entrepreneurial energy and creativity that he tried to bring to the company.

“My motto was that (culture) would help us find opportunities both within our business, and sometimes in adjacent businesses,” said Glaser, referring to RealNetworks’ push into the casual games business as one key example. “We looked for that type of talent, specifically…. And we tried to nurture that talent and encourage the talent in a way that I think was effective. Obviously, many companies in the Valley do this.”

Because Amazon.com and Microsoft are so huge, Glaser said that they don’t always produce the talent necessary to pursue entrepreneurial ventures. In many cases, he said those companies are hiring for very specific roles, rather than folks who can float between various businesses and see the big picture.

“When businesses are that big and that multi-faceted and very few people are looking at the whole interconnection of all of those pieces, they don’t typically create the skills or the training necessary for someone to do it themselves,” said Glaser. “When I talk to entrepreneurs — and I had lunch with Sujal (Patel) last week — I feel like a lot of them learned a ton about entrepreneurship about how we tried to engage and work with them inside of RealNetworks.”

Asked if there’s a way to spark more of that entrepreneurial culture in Seattle, Glaser noted that it’s really just an “inherent, organic process” that takes time. He did cite the role of the University of Washington, pointing to the success story of computer scientist Oren Etzioni who founded Netbot, Farecast and Decide.com. But he thinks the UW could do more.

RealNetworks certainly has done its part.

As we debate how to bolster the startup ranks in Seattle, maybe we need to look beyond the walls of Amazon.com and Microsoft for help, and ask ourselves: How do we get more RealNetworks?