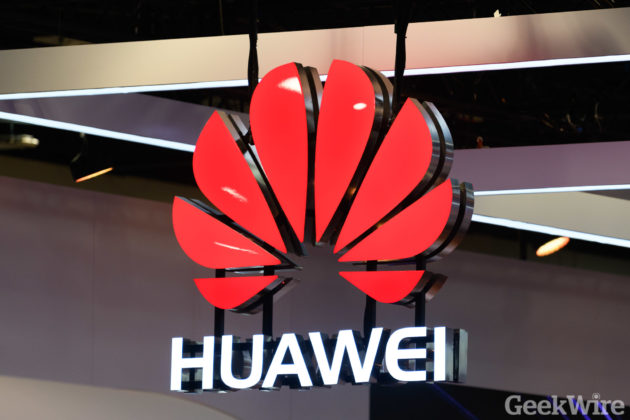 According to the International Data Corporation’s latest analysis, Huawei shipped 54.2 million smartphones in the second quarter, ahead of Apple’s 41.3 million and trailing only Samsung at 71.5 million. Smartphone shipments actually dropped about 2 percent compared to the previous year, but Huawei sales rose close to 41 percent during that timeframe.

IDC points out that this quarter represents the first time Apple has not been one of the top two smartphone sellers since 2010. But, analysts expect Apple to jump up again during the holiday season when it typically basks in the glow of increased sales from its newest phones.

“The continued growth of Huawei is impressive, to say the least, as is its ability to move into markets where, until recently, the brand was largely unknown,” said Ryan Reith, program vice president with IDC’s Worldwide Mobile Device Trackers. “It is worth noting that Apple moved into the top position each of the last two holiday quarters following its product refresh, so it’s likely we’ll see continued movement among the top ranked companies in 2018 and beyond.” 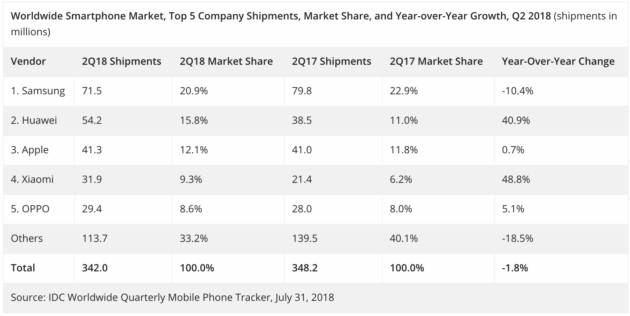 Huawei’s surge doesn’t look like a one-time event. The company has the leading market share in its home country of China, a notoriously difficult market to break into, at 27 percent. It also has become synonymous, like Apple and Samsung, with high end phones in the $600 to $800 range, according to IDC, quickly establishing Huawei’s reputation on a global scale.

Huawei opened an office in Belleuve, Wash. in 2016 with plans to hire 100 people within a year. LinkedIn shows 125 Huawei employees in the greater Seattle area, and the company has a few open positions for the office.