Glowforge has raised more investment dollars as the Seattle startup starts selling its 3D laser printer to the general public and continues to fulfill delayed orders from its crowdfunding campaign.

The company today announced that it received another $10 million from existing investors True Ventures and Foundry Group, bringing total funding to date past $40 million.

Glowforge also today opened up sales of its $2,495 printer to the general public, moving beyond the pre-order stage and guaranteeing delivery in 10 days for U.S. customers.

This is notable given that Glowforge had trouble fulfilling orders from its record-setting crowdfunding campaign in October 2015. The 4-year-old company delayed production and shipping numerous times over the past two-plus years.

Glowforge CEO Dan Shapiro said the company has contacted every U.S. and E.U. customer who ordered during the campaign “to arrange delivery, and shipped to everyone who replied.”

“There’s some folks who haven’t replied, asked us not to send it yet, or live in a country that’s awaiting regulatory approval,” he noted. 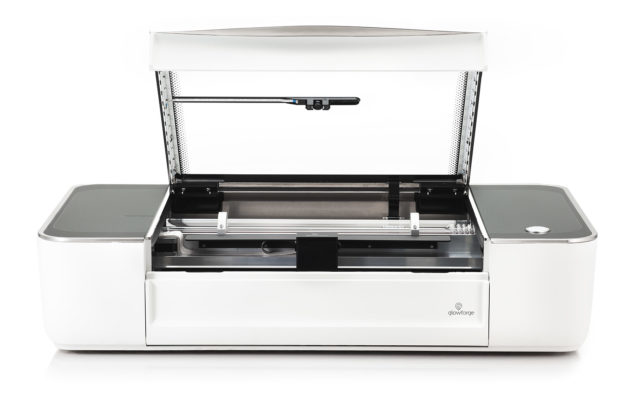 Shapiro declined to say how many units have been shipped, or if Glowforge is profitable. The company announced $70 million in total sales this past January.

It was a painful wait, but having a product that our customers love and that we’re proud of makes it all worthwhile.

The investment from True Ventures and Foundry Group comes a year-and-a-half after the firms led a $22 million Series B round for Glowforge in August 2016.

“While we have a strong cash balance, the additional money gives us even more options to grow,” Shapiro said. Glowforge has 76 employees, up from 60 in January.

The Glowforge device is different from most other 3D printers — instead of making objects out of plastic strands, it uses a laser to quickly cut and engrave products. The WiFi-enabled device lets people use raw materials like leather, paper, plastic, fabric, or cardboard and make products with a push of a button. It can create anything from personalized leather pet collars, to coffee makers, to pediatric surgical training tools.

In regard to lessons learned from the production delays, Shapiro said “raise more money than you think you need, and don’t ship a product that’s not ready.”

“If we’d tried to run on a shoestring, our first delay would have killed us,” he added. “If we’d rushed the product out the door sooner, we would have disappointed our customers. It was a painful wait, but having a product that our customers love and that we’re proud of makes it all worthwhile.”

Shapiro co-founded the company with fellow startup veterans Mark Gosselin and Tony Wright, who left Glowforge in August. Shapiro previously created Robot Turtles, a coding board game for kids that was one of Kickstarter’s most successful campaigns ever.