Intense competition, awesome networking, and a whole lot of fun.

We had a blast with more than 1,700 engineers, entrepreneurs and everyone in between during a six-hour extravaganza that included everything from VR to board games to ziplining to sumo wrestling. 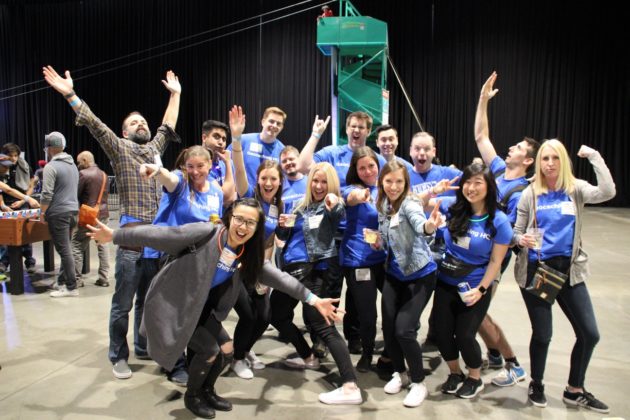 Had so much fun at #GWBash. Thanks @geekwire! Go team @Nintex ! pic.twitter.com/nWrbrrX59T

Celebrating a pleasing week with the Seattle @StrixLeviathan team at the @geekwire #GWBash.

Off off and away. pic.twitter.com/TXPfR6APky

Really fun time last night at the #gwbash! Thanks to @geekwire for hosting. Great representation from the Seattle tech and startup scenes. https://t.co/yvsfkUMxeY

Local companies came out in force, particularly over on the T-Mobile dodgeball courts, where 32 teams duked it out in an epic tournament that sparked constant roars from the crowd. Seattle-based online real estate platform Zillow Group beat food processing manufacturer Marel in the championship. 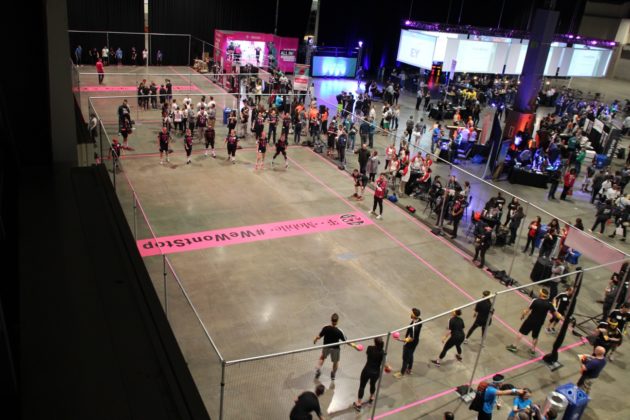 Qualtrics must have some serious ping pong practice time at the office because the Seattle company also took down the intermediate ping pong bracket, with Bruce Gou beating Jasdeep Singh of Best Buy.

Over on the foosball tables, former Google colleagues Nick Gorski (now at Bonsai) and Russ Brennan took down Ryan Anderson and Jeremy Kirby of DoubleDown.

The intermediate foosball final had a big crowd gathered for an epic 3-game battle, with Matt Quint and Annie Love from Geocaching beating Chase Snyder and David Botha of ExtraHop. 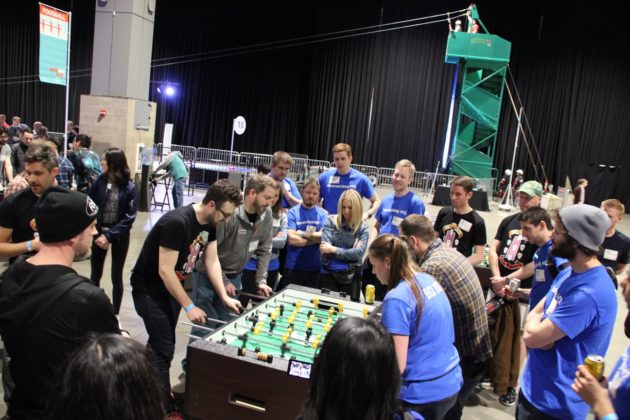 The Bash also had its second Settlers of Catan tournament, hosted by Seattle’s Mox Boardinghouse. The bracket doubled in size to include 16 players, all of whom competed in two rounds of the strategy board game. Zillow Group’s Jonathan Li On Wing, a newcomer to the tournament, took home the top prize. He won all three of his games. 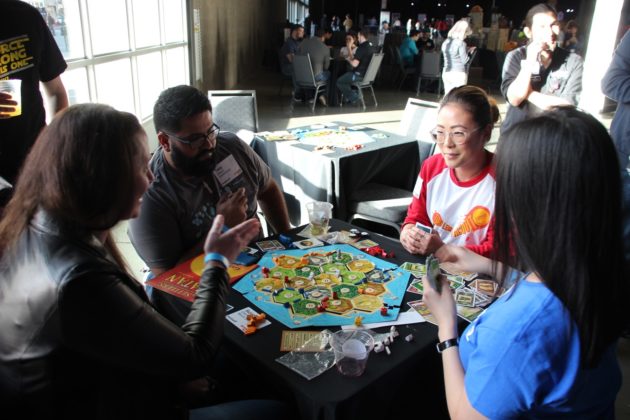 Read a full recap of all the competitions here.

For the first time ever at the Bash, we were excited to introduce many of our Impact Partners — non-profit organizations that are making the Seattle community stronger through innovative programs related to education, science, leadership and inclusion.

It was fun once again welcoming some of Seattle’s top soccer players, as Tony Alfaro and Handwalla Bwana from the Sounders FC played games of FIFA with attendees. Jason Flick, the team’s new eMLS gamer, was also at the Bash.

One of the more popular new additions to the Bash was the Xiamen Air zipline, which zipped attendees from one end of the building to the other in speedy fashion.

The OfferUp sumo wrestling station was a hit again.

It’s wasn’t a party without some food and drink. Refueling was necessary at the Sirqul bars after all the heated competition.

Attendees also had a chance to learn about high-tech cooking at ChefSteps’ Joule station.

Video games and virtual reality are must-haves at a geeky carnival. Avalara went all out with its artwork at the arcade, while CenturyLink helped take attendees into another world at the VR zone.

We’ll have more highlights from the Bash in the coming days. In the meantime, enjoy some more photos below, including some fun ones from the photo booth. Once again, thanks so much for joining us for the GeekWire Bash. 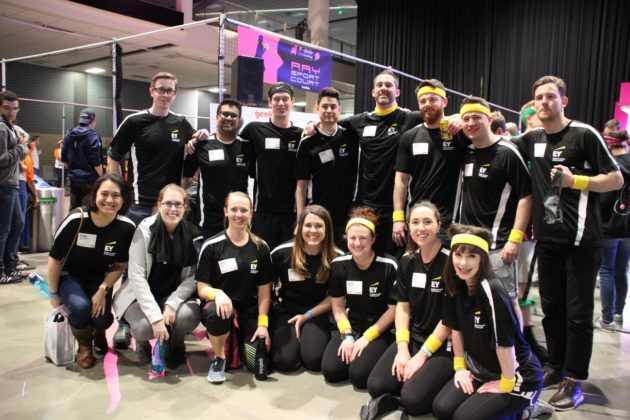 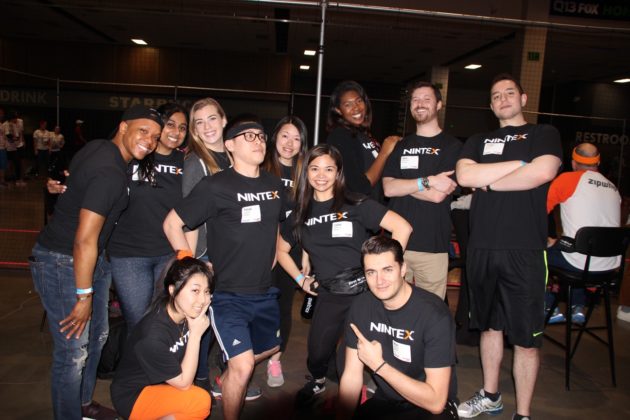 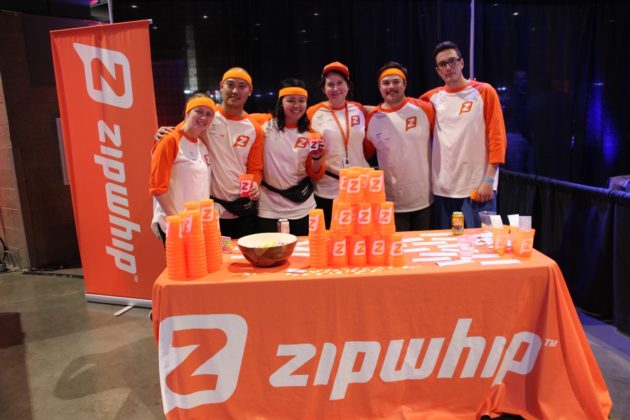 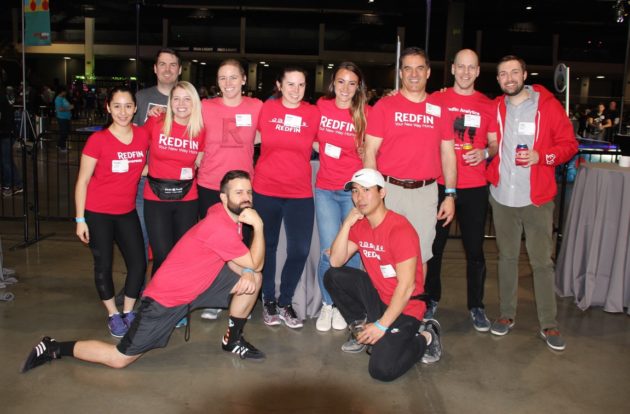 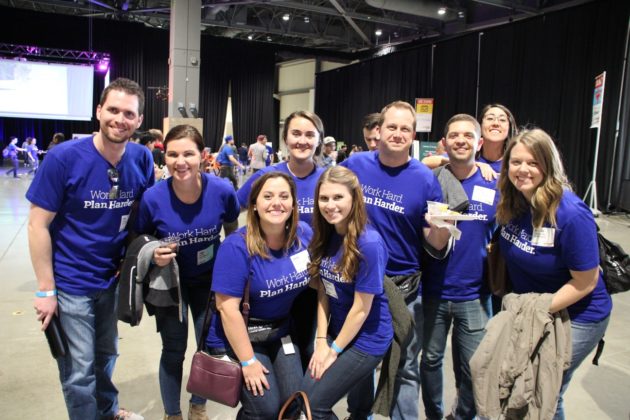 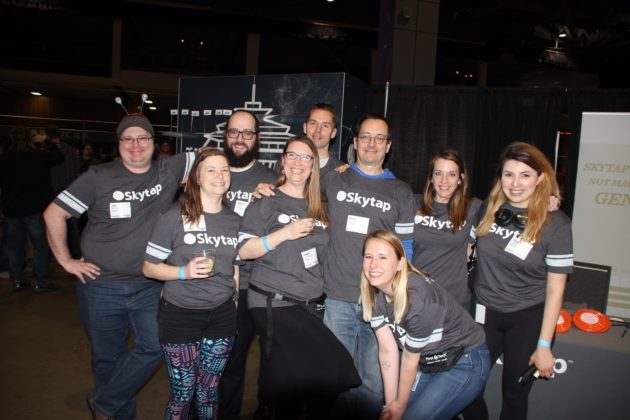 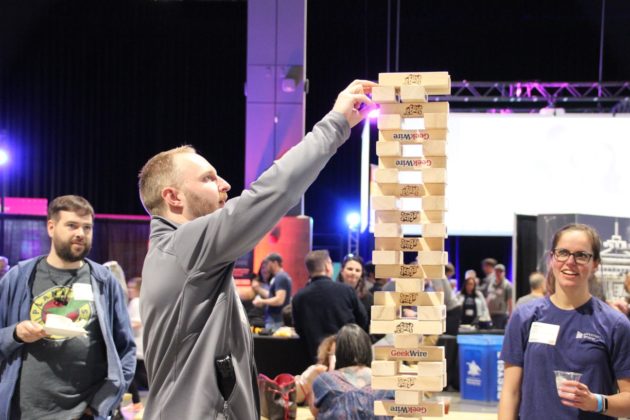 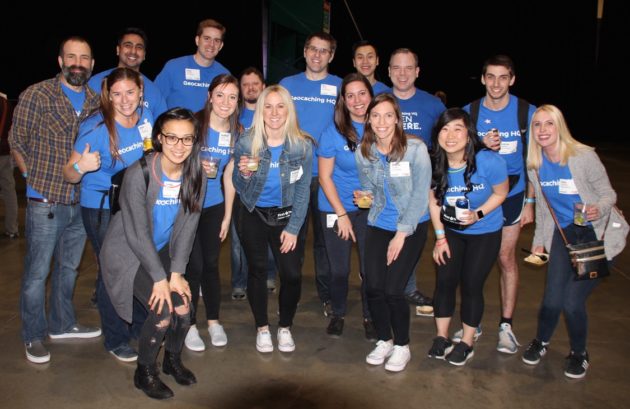 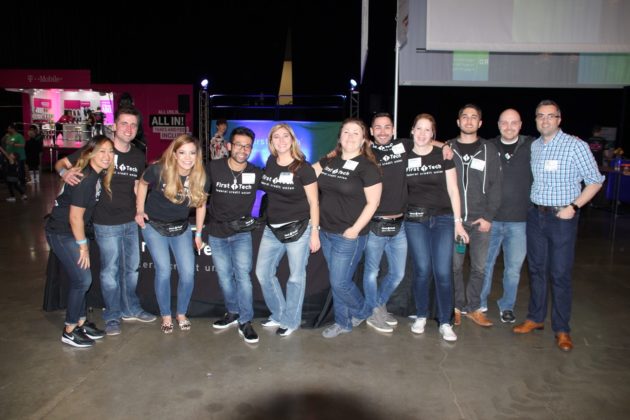 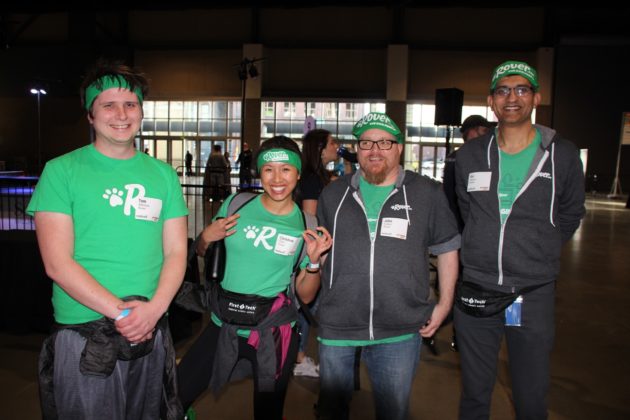 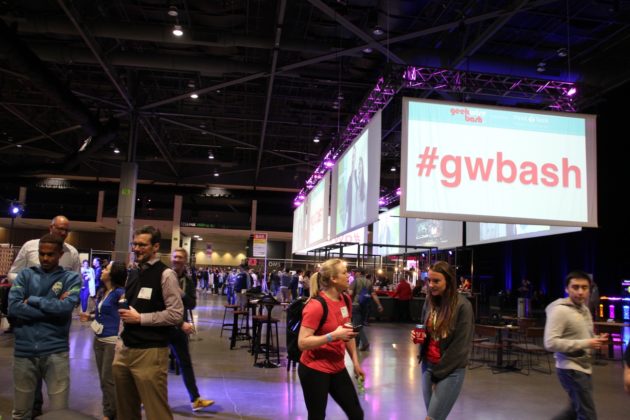 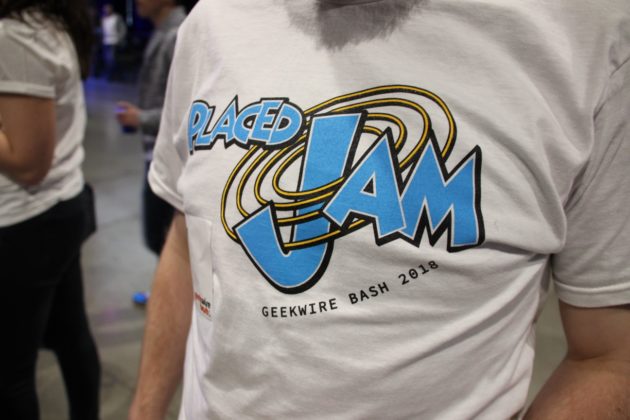