Tim Dempsey and Nicholas Rasmussen didn’t even know each other until a few months ago. Now they’re good buddies and newly-crowned champions of the first-ever gaming tournament at the Special Olympics USA Games that demonstrated how video games can bring people together and empower athletic achievement just like traditional sports.

Microsoft’s Xbox division partnered with the Special Olympics to host the inaugural video game tournament at the USA Games, an annual event being held in Seattle this week.

Eight “unified” teams, made up of an athlete with an intellectual disability and one without, came together from across the country at the University of Washington campus on Monday and played Forza Motorsport 7, a popular racing game published by Microsoft Studios. 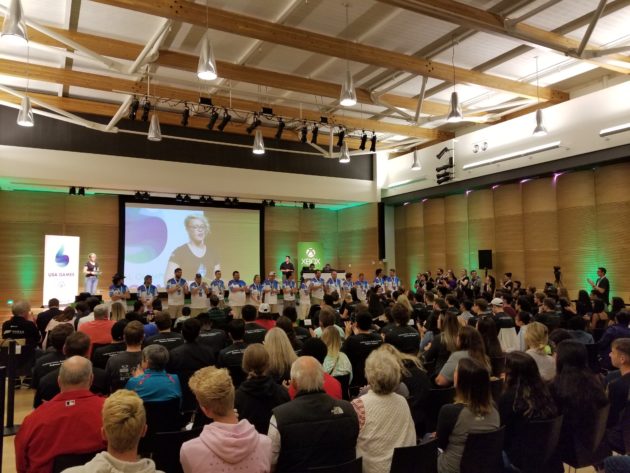 The idea for the event started at an internal Microsoft hackathon last year. With the USA Games coming to the company’s backyard, employees worked together to find a way for gaming to enter the competition alongside traditional sports like soccer, softball, and swimming.

Kay Jo Wright, director of Microsoft’s Gaming For Everyone unit, said the event was a reflection of her group’s mission to make Xbox a more inclusive and welcoming gaming experience.

“We are all about making Xbox a place where everyone has fun,” she told GeekWire. “We recognize fun means different things to different people.” 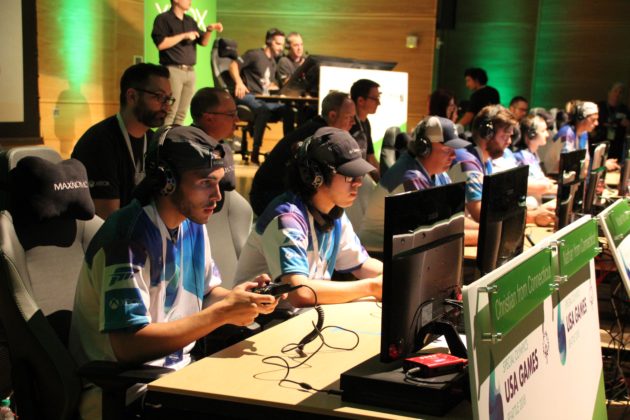 The inaugural event was structured much like what you’d see at an esports competition, of which there are more and more as competitive video gaming continues to grow in popularity. Microsoft worked with Forza developer Turn 10 Studios to structure the qualifying rounds and tournament format, which combined driving times from each teammate to produce an overall score.

Rasmussen, a 22-year-old from Puyallup, Wash., and Dempsey, a 29-year-old from Federal Way, Wash., are both avid gamers and that certainly showed on Monday as “Team Shake and Bake” flashed impressive Forza driving skills en route to the championship. They’ve been practicing together online on Xbox Live for the past few months in preparation for the big competition.

“It’s the same as sports,” said Dempsey, whose favorite game of all time is Need for Speed: Underground. “It’s teamwork.”

Special Olympics Chairman Tim Shriver kicked off the competition on Monday and asked the participants to “show us the future.”

Microsoft is the presenting sponsor of the 2018 Special Olympics USA Games, which spotlights the talent of athletes with intellectual disabilities and promotes inclusion beyond the playing field. Satya Nadella, the company’s CEO, and Brad Smith, president, spoke at the Opening Ceremony on Sunday.

Other Seattle-area companies like Amazon, T-Mobile, and Starbucks are also participating at the games.

“In many ways, this can and should be a defining moment for the Seattle community,” Smith said in an interview with GeekWire last week. “It’s a great opportunity to show the nation that we aspire to be a real city and region of inclusion.”