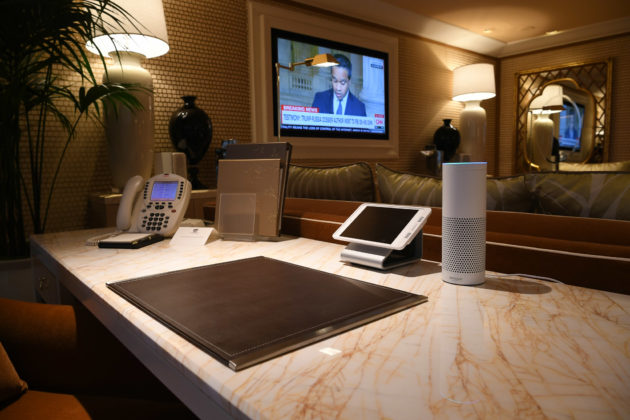 When Amazon enters, or even thinks about entering, new markets, entire industries sit at the edge of their seats — a sign of the e-commerce giant’s industry-moving potential. This was most recently seen in Amazon’s push into healthcare with its acquisition of online pharmacy PillPack. The morning the acquisition was announced, shares of Walgreens, Rite Aid, and CVS Health all dropped.

But what about travel? Skift, a travel industry news site and research firm, says the tourism and hospitality industry should be worried too, because customers love using Amazon and the tech giant could decide to enter the industry in a variety of ways.

In a call titled “The Amazon Factor,” Skift senior analyst Seth Borko had this message for the industry: “If Amazon enters travel, you will not get the benefit of the doubt.”

Even though Amazon sells products and not experiences, which are at the core of the travel industry, the company’s focus on a different kind of experience — the customer experience — could be the difference maker.

Amazon definitely has the means to acquire a major player in travel, but the costs would probably be out of its usual comfort zone.

When it comes to customer satisfaction, or the “Amazon experience,” as Borko calls it, Amazon has it down pat. The company is well-known for putting the customer above all else. According to Skift, customers typically enjoy their experiences with Amazon more than their experiences with travel companies, which includes airlines, hotels, and “Internet travel services” like Booking.com or Expedia. Amazon ranked above Hilton, Marriott, and Expedia in the American Customer Satisfaction Index.

Many customers simply like using Amazon. The tech giant has successfully parlayed that intense focus on customer satisfaction into customer loyalty: the Prime program, which forms one of the pillars of Amazon’s business, has more than 100 million members globally and generates at least $9.9 billion in annual revenue. This loyalty is something that the travel industry has been chasing.

Skift executive editor Dennis Schaal noted on the call that it would be more likely that Amazon buy or partner with an existing company rather than completely build its own venture. That is due to Amazon’s disadvantages, which include a lack of relationships and expertise and a possible lack of initial trust from travelers. Acquisition is how Amazon really got into groceries, with its Whole Foods deal; and health, with the purchase of PillPack. But that would be a costly approach.

“Amazon definitely has the means to acquire a major player in travel, but the costs would probably be out of its usual comfort zone,” Schaal said, comparing possible travel industry acquisitions to Amazon’s blockbuster $13.7 billion acquisition of Whole Foods. “TripAdvisor could probably be had for around that Whole Foods range. Expedia though, might cost about $25 billion or so, or about double what Amazon paid for Whole Foods.”

There have already been signs that Amazon is interested in travel and hospitality. In June, the tech giant announced its Alexa for Hospitality initiative and inked a deal with Marriott to install Amazon Echo devices in select hotels.

And in 2015, Amazon launched the short-lived Amazon Destinations, a travel site that sold hotel rooms and emphasized local getaways. The venture lasted only six months, and was a direct competitor to Expedia, Priceline, and Orbitz.

Even though Amazon’s presence in the travel industry has been light since then, a recent Skift research report said that the company is poised to enter the travel world, whether it be as an online agency or a metasearch engine, through direct marketing with ads and voice search, or in guest experience with its smart devices.

Regardless of how Amazon enters the travel industry, Borko and Schaal say existing players in the industry should learn from what Amazon does well, focusing on customer satisfaction. And this key advantage is how the company gets its customers to stay.