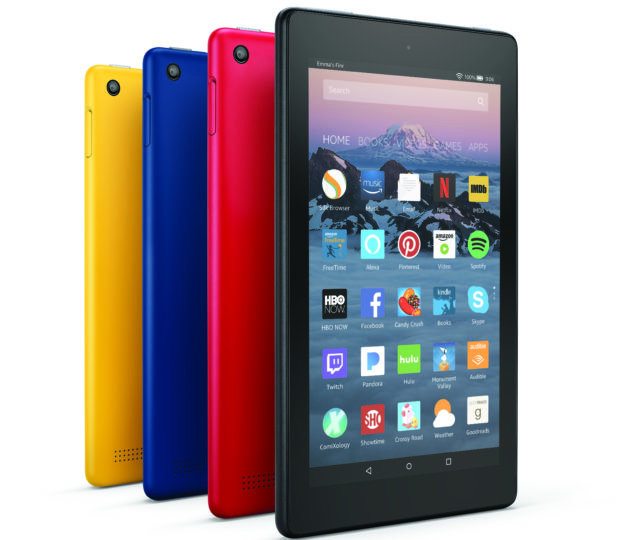 Research firm IDC released new tablet market data on Tuesday. Amazon sold 7.7 million tablets in Q4 2017, jumping ahead of Samsung (7 million) for the first time ever, according to VentureBeat.

Amazon, which offered big discounts on its Fire tablets during the holiday season, had a 15.6 percent market share in the fourth quarter, trailing only Apple at 26.6 percent.

“The low-cost tablets have been quite effective as shopping catalogs for Amazon’s online storefront and in recent quarters the company has taken things a step further by including its voice assistant, Alexa, in the latest tablets and by expanding to new markets around the world,” IDC said. 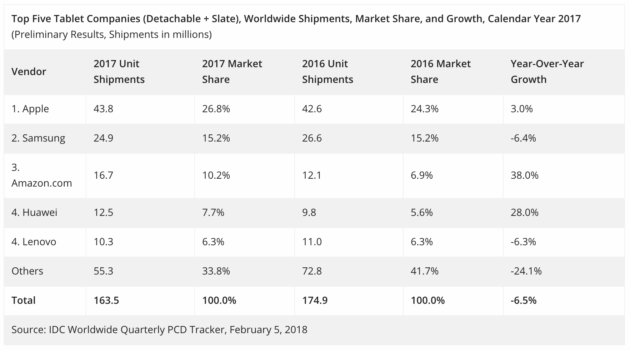