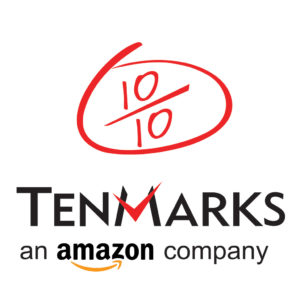 Amazon will close its TenMarks online math and writing learning service after the 2018-2019 school year, the latest surprise twist in the tech giant’s foray into education technology.

The company broke the news in emails to customers this week and in a message on the TenMarks website. “We’re winding down,” the announcement reads. “TenMarks will no longer be available after the 2018-2019 school year. Licenses for TenMarks Math and Writing will be honored through June 30, 2019.”

An Amazon spokesperson told GeekWire via email, “After a thorough review of TenMarks, we’ve made the difficult decision to no longer offer this service after June 30, 2019.”

There’s no word on the number of jobs impacted, but the company plans to help those affected by the closure find new roles. Amazon cut hundreds of job at its Seattle headquarters in a recent round of layoffs but continues to hire for other positions.

Amazon acquired TenMarks, an edtech math learning startup, in late 2013. TenMarks was the linchpin of Amazon’s strategy to gain a larger foothold in the K-12 education market, where it competes against a host of startups and other tech giants, including Apple, Microsoft and Google.

People in education widely expected Amazon’s deal to buy TenMarks to lead to either more acquisitions or a greater expansion of TenMarks’ product portfolio — perhaps even using a TenMarks app to deliver a wide variety of educational content and activities for students, much like the Kindle app delivers a wide variety of eBook content.

At the time of the acquisition, TenMarks was said to be used by more than 25,000 schools in 7,000 districts, and in 2017, it did expand its content to cover writing instruction as well as math.

TenMarks founder and chief executive Rohit Agarwal went on to become general manager of Amazon’s K-12 Education Unit. But he left that role and Amazon one year ago, after overseeing the introduction of an early version of Amazon Inspire, a content sharing service for educators, and a subscription reading app for kids called Amazon Rapids. Amazon Inspire stumbled due to concerns over teachers uploading and sharing copyrighted content.

The sudden announcement was a surprise to teachers who use the service. Education technology news site EdSurge cites the example of a school district in Springfield, Mo., that received a price quote from TenMarks for the 2018-2019 school year, without any indication of the closure, a day before learning that the service would close following the upcoming school year.

The end of TenMarks likely does not mean the end of Amazon’s forays into education. Its Kindle hardware and apps are still in use in K-12 schools in the U.S. and overseas, and Amazon is known to be promoting its cloud-based services to school districts.