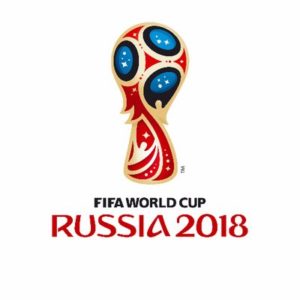 TAYLOR’S TAKE ON THE WEEK IN SPORTS TECH: It was Christmas morning on Thursday for soccer fans as the World Cup kicked off in Russia. The host country breezed by Saudi Arabia in the opening match, 5-0, but as usual with this tournament, the storylines went far beyond the pitch. Uruguay took down Egypt, 1-0, in Friday’s early bout.

Matches run through July 15 and will usually air live in the U.S. in the morning. Here’s the full schedule.

Fox is airing all 64 matches, both on Fox and Fox Sports channels. If you have a cable log in, you can stream the matches here, or with the Fox Sports Go app (iOS; Android: Fire TV; Kindle Fire; Windows Phone; Windows 10; Xbox; Apple TV; Chromecast; or Android TV). Fox will not be streaming matches via its Fox Soccer Match Pass.

For the cord cutters, there are a few options. The more important games later in the tournament will air on Fox, which you can access with a digital antenna.

You can also go with one of the newer streaming services, like Sling TV, YouTube TV, Hulu, DirecTV Now, FuboTV, or PlayStation Vue. Some offer trials, but you’ll need to shell out a monthly subscription to keep watching after that.

Telemundo is streaming matches for free until June 25.

There are also some virtual reality options. Oculus Venues is streaming four matches on the Samsung Gear VR and Oculus Go. The Fox Sports VR app is also streaming games in VR for those that have a cable log-in.