Microsoft’s Windows 10 Creators Update, set to roll out starting April 11, doesn’t include a ton of new features specifically aimed at enterprise users. The company does suggest, however, that many of the broader features introduced in the update will benefit its largest customers.

Examples include the way security is handled in Windows 10. New features include a Windows Defender Security Center that “offers a single dashboard display so you can control your security options from one place – everything from anti-virus, network and firewall protection; to assessing your device performance and health; to security controls for your apps and browser; to family safety options,” explains Yusuf Mehdi, corporate vice president of Microsoft’s Windows and Devices Group, in a blog post this morning.

The update also includes a Device Health Advisor that will provide topline information about the state of a Windows phone, tablet, laptop or desktop machine, and provide greater control over the apps installed on it.

Earlier this month, the company also detailed plans to change the way rebooting is handled in Windows 10 Creators Update.

Windows 10 Creators Update includes a series of 3D features that Microsoft hopes will get the attention of everyday users. But some enterprise customers within the Windows Insider Program are quite enthused about them, as well, says Microsoft engineer Dona Sarkar, who heads up the program that provides customers with early pre-release versions of Windows updates.

“Some customers have specific needs — and 40 percent of Windows Insider users are IT Professionals in enterprises. But when I think of enterprises, it’s not just giant tech companies,” Sarkar said, as she explained the significant level of interest she saw from architecture firms in the new 3D features of Windows 10 Creators Update.

“3D is a huge issue (for these customers), and they store giant, giant models with billions of polygons. We’ve been working very closely with them to make sure that they are actually able to do their job,” she added. “It’s the same with mechanical engineers. We’ve been working with this high security engineering company who is doing the most secure doorknob on the planet. These are doorknobs on doors that can’t be kicked open easily, and for use in more dangerous neighborhoods. These are the kinds of enterprises we also work with, along the IBMs and Ciscos of the world.”

The long and winding road – in 3D

Another place you’ll see greater use of 3D is within the new mapping application for Windows 10 Creators Update. Microsoft announced last week that it has revamped its Windows Maps platform for this update. The company said that not only will the maps look better (through a new 3D experience in “road view”), but the company also says it will be able to react more quickly to customer feedback about needed changes on maps. 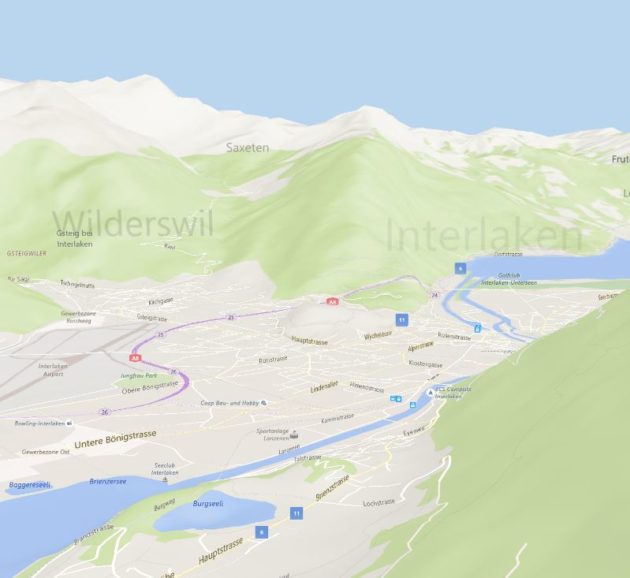 Microsoft also offered sneak peek at the kinds of things it’s working on beyond this announcement. According to Aaron Woodman, Microsoft’s general manager of Windows Consumer Marketing, the Windows team is working to make it easier for developers to create (or rewrite existing “Win32” applications) so that they can be sold in the Windows Store within Windows 10.

“There is a lot of work that’s we’ve done to actually reduce or remove (what’s needed to be able to have a store-ready application),” he said, citing examples including improvements in installation technology, and Microsoft’s work “to help those Win32 apps run in kind of contained shell on Windows 10 so that you get the benefit of things like improved performance for the customer (and) improved serviceability from the developer’s perspective.”

He said Microsoft is also keenly aware that most developers have a significant investment in their current code base, and the company wants to respect that investment.

“They’ve targeted the broad base of Windows customers that are outside the Windows 10 family and are on older versions and so they’re trying to maximize that addressable market,” he said.