This Week in Seattle: Lawmakers promote equality and development, Uber’s future in the city looks uncertain, and unemployment continues its steady decline. Continue reading for the week’s top regional stories.

They’re speeding toward an impasse. Uber is fighting a landmark law that allows Seattle drivers to bargain collectively. Northwest GM Brooke Steger said she’s “unsure of the future of Uber in Seattle,” at an event this week, adding “we don’t know if we will be able to continue to operate here,” if drivers unionize. The law is scheduled to begin rolling out in April but faces several legal challenges.

The governors of Washington, Oregon, and California, and the mayors of Seattle, Portland, San Francisco, Oakland, and Los Angeles are imploring the federal government not to interfere with the Clean Power Plan. Fearing an executive order from President Donald Trump that would dismantle the EPA’s initiative to reduce pollution from power plants, the lawmakers pledge to “honor our commitments to our communities to do what’s right to keep our residents safe, secure, healthy and prosperous as we accelerate our clean energy economy.”

Seattle is considering mandatory paid family and medical leave for all employees within the city limits. If a proposal in city council moves forward, employers would be required to offer six months of paid family leave and 12 weeks for employees with serious medical conditions by 2020. The program would function like insurance, with employees and employers sharing premium costs. Meanwhile in Olympia, related bills are under consideration but they aren’t expected to get far in the divided legislature.

The City of Seattle is accepting applications for grants of up to $50,000 to help underserved groups access technology. Nonprofits and community organizations working to improve access to free or low-cost internet, promote digital literacy, and provide access to devices and technical support, are encouraged to apply. The grants are part of the mayor’s Digital Equity Initiative action plan.

Amazonia will reach new heights. The Seattle City Council’s land use committee unanimously voted to let developers build towers as high as 440 feet in South Lake Union. Builders will be required to fund development of affordable housing as part of the mayor’s agenda. The upzone is headed for a final vote by the full council.

Tenants want their tenets heard. In an unprecedented move in the U.S., Seattle City Council unanimously approved a plan to create a renter’s commission. A panel of 15 renters, including members of marginalized communities, will advise the council and help enforce rules designed to protect tenants. Advocates of the group say it will help level the playing field in City Hall while some homeowners claim the city already favors renters when considering new laws. 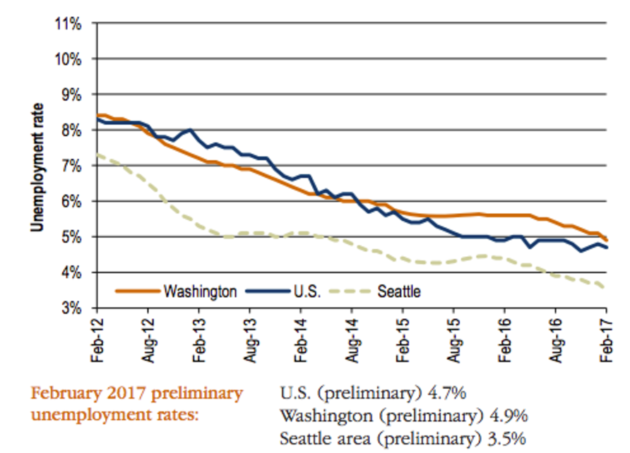