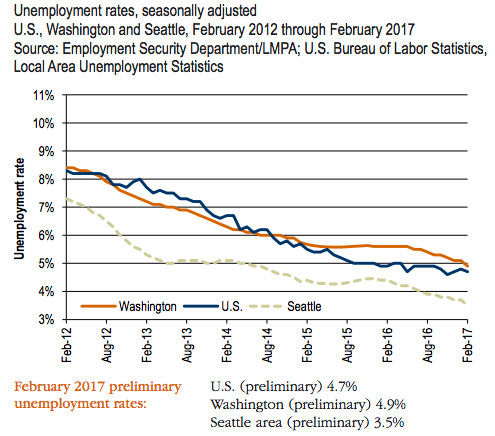 The unemployment rate in Seattle continued its 5-year decline in February, reaching 3.5 percent, according to figures released Wednesday by Washington’s Employment Security Department.

The trend further illustrates the strength of the region’s tech sector, bolstered in large part by mass hiring at Amazon along with others who are increasingly adding to workforces dominated by developers, engineers and other IT professionals.

Washington gained 6,100 jobs in February, according to the report, and the preliminary unemployment rate for the state dropped to 4.9 percent — down from 5.1 percent in January. The rate a year ago was 5.6 percent. 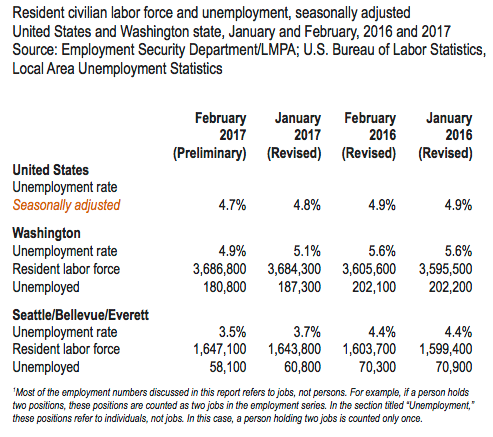 For the 12-month period ending in February, 85,100 jobs were added in the state. The number of people reportedly looking for jobs stands at 180,800. In the Seattle region, which includes the cities of Bellevue and Everett, 58,100 are reportedly unemployed — down 12,200 from a year ago.

Read the full report here. And check out Indeed’s list of the Best Jobs of 2017, in which technology jobs hold seven of the top 10 positions. 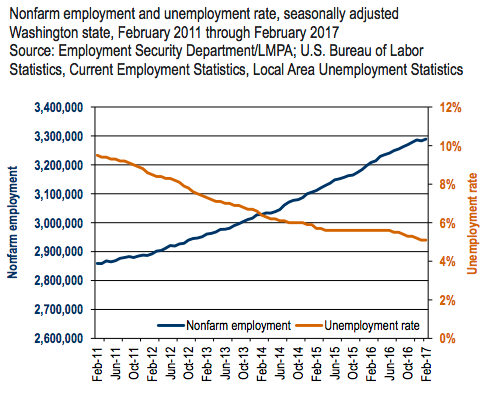