Amazon’s Key service left some people unsettled when it was first announced, letting the company open a user’s front door remotely to give a delivery person access to drop off packages inside.

Now researchers have found a way to freeze the associated Amazon Cloud Cam smart camera via WiFi. That could theoretically let a rogue courier pop back into the house after making a delivery, while someone watching security footage on the Cloud Cam would just see a closed door.

Amazon says the issue does not pose a threat to customers. If the camera is offline, the Amazon Key service will not open the door, the company points out. Amazon promised a software update to speed up notifications if the camera goes down.

On this episode of the Week in Geek podcast, we debate the tradeoff between convenience and security amid a new wave of smart home technologies.

Plus, we test a delivery service that gives ugly fruits and vegetables a new lease on life. Imperfect Produce sells just that: Tasty, usable food that is destined for the waste bin because of its appearance. 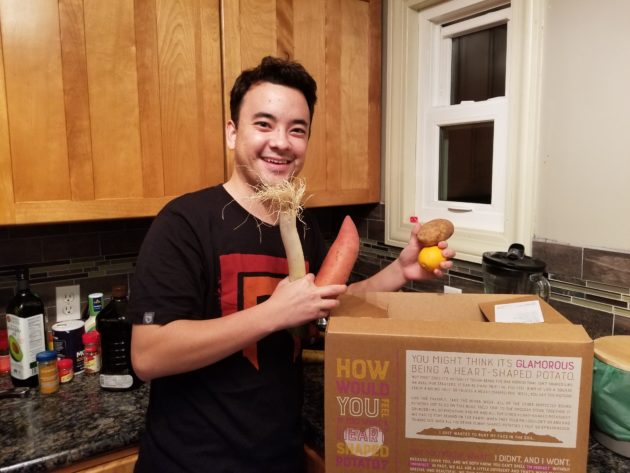 GeekWire’s Taylor Soper gave the service a thumbs up and was particularly impressed by the price: A week’s delivery of produce from the service is about 30 percent less than prices he found on other grocery delivery services.

Also, a company with connections to Google might be bringing a futuristic change to Seattle’s streets. Intersection, a New York-based startup affiliated with Sidewalk Labs, part of Google’s parent Alphabet, is looking to bring its wifi kiosks to the Emerald City.

Called “communication kiosks,” the hubs provide wifi and sometimes charging stations for citizens on their way around the city — and, of course, they give the company valuable ad space. GeekWire’s Monica Nickelsburg broke the story and joins us to break it down.

On the Random Channel this week:

Listen to the episode above and subscribe to the show in your favorite podcast app, like Apple Podcasts, Stitcher, or Google Play.