Steve Ballmer has some tech-fueled ideas to change the way we watch sports.

Speaking at Recode’s Code Conference on Tuesday, the former Microsoft CEO shared his vision for how sports fans may one day watch games at home.

“I think there’s such an opportunity to change the way people experience sports by using technology,” Ballmer said.

Led by two former USC professors, Second Spectrum has built technology that essentially allows computers to watch sports and track player/ball movement at a granular level. It then applies machine learning and AI to help derive new insights for coaches, players, and even media-related customers.

Ballmer, who is an investor and advisor of Second Spectrum, showed off a quick demo of the technology, which will roll out in beta next season and in full for the 2018 campaign. It lets fans see different plays develop; fantasy stats above players’ heads; regions on the floor where a player may shoot from; and much more. The product also lets fans watch specific highlights, depending on what player or type of play they are looking for.

This is not the first time Ballmer has talked about using technology to enhance sports broadcasts. Speaking at the GeekWire Sports Tech Summit last year — our second annual event is coming up next month — Ballmer talked about using Second Spectrum’s technology and also described using cloud-based software to let fans watch games from the perspective of players. He brought up this idea again during an interview with The Ringer in March, and did it again on Tuesday at Code.

“Whether they are on their phone [or] they’re in their home, can you, through software-based techniques, change it so that you see the game from Chris Paul’s perspective?” he told The Ringer. “Instead of a center-court camera; I want to see the game the way Chris Paul sees the game. Software can actually let that happen.”

Second Spectrum, meanwhile, is a company to watch in the growing sports tech industry. The startup, which is the “official optical tracking provider” of the NBA, could impact the way players, coaches, media, and fans interact with the game of basketball. 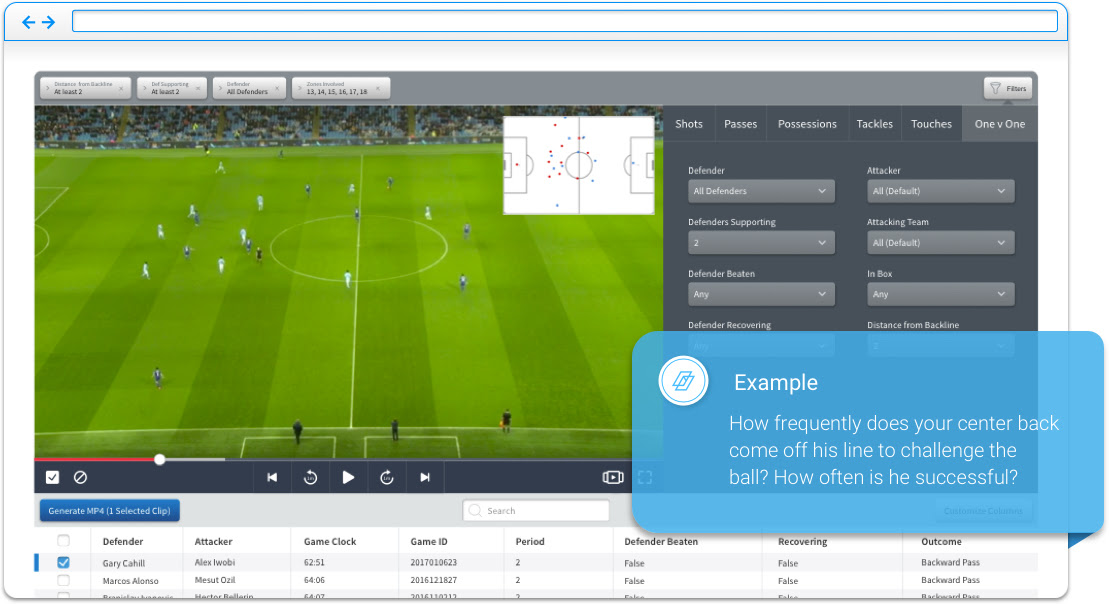 “We realized there was a lot of data coming into sports, and no one knew what to do with it,” he told GeekWire.

In addition to its work with the NBA, the company is also partnering with top soccer leagues and media giants that want to use its technology.

As @KingJames has dominated the paint this #NBAPlayoffs, @secondspectrum gives us closer look at how!

On Tuesday, Ballmer, who paid $2 billion to buy the Clippers in 2014, also talked about his new non-profit, USAFacts.