Seattle-area companies like Starbucks, Microsoft, and others came together in a big way this holiday season to provide temporary housing for homeless families across the region.

The annual “No Child Sleeps Outside” campaign, which aims to help families and children sleeping outside in King County, announced today that it raised $4.5 million in one month. The donations will allow non-profit Mary’s Place, the region’s largest family emergency shelter provider, to open three new shelters and serve up to 500 families through September of this year.

More than 50 businesses and organizations helped raise the money, as well as thousands of people who donated online and inside Starbucks stores. In November, Starbucks, Microsoft, Alaska Airlines, Expedia, Nordstrom, The Schultz Family Foundation, and other groups in the region first announced contributions totaling more than $3 million. The Starbucks Foundation and the Schultz Family Foundation contributed $1 million each; Starbucks also matched customer donations at 200 stores in the county up to an additional $1 million. Microsoft gave a $250,000 contribution to Mary’s Place.

The original funding goal for “No Child Sleeps Outside” was $500,000 — that was clearly exceeded. 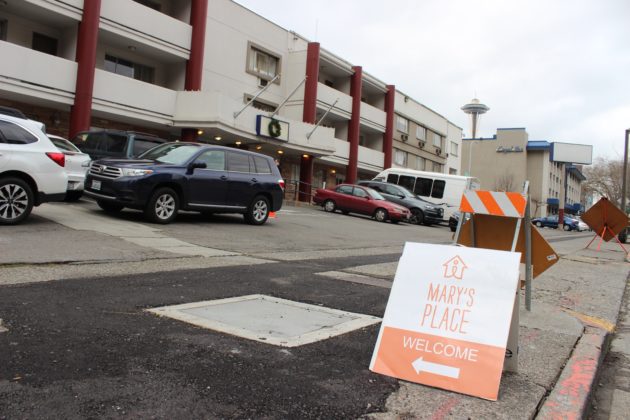 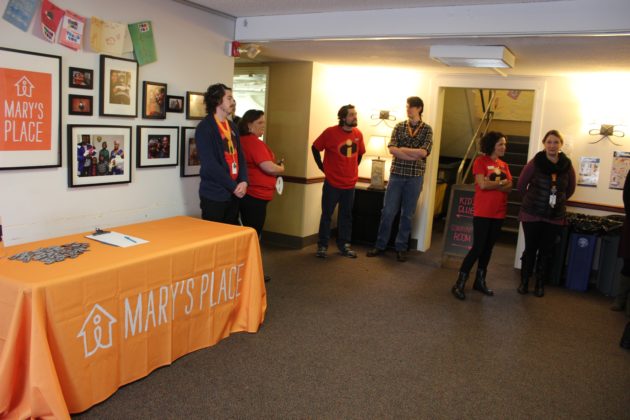 Political leaders, business executives, and others packed a small room at Mary’s Place in downtown Seattle on Tuesday to make the announcement and celebrate the campaign. The building itself is a temporary shelter facility on an Amazon-owned property that the online retail giant is providing.

“Because of you, hope and help is on the way,” Marty Hartman, executive director of Mary’s Place, told the crowd. “I look around this room and I am so grateful to see the superheroes in our community coming together to rescue those families that are still left outside, those ones sleeping in cold cars, in freezing doorways, and wet sidewalks. Those are the ones that you have come to rescue.”

Seattle Mayor Ed Murray also spoke, noting that the city needs to “reform” its system that addresses the homelessness crisis. He asked people to “not give up hope” and “expand the conversation,” making this issue known to politicians across the country, both at the local and national level.

“It will be a long journey for us to actually end homelessness,” he said. “But I believe we can.”

Johnson added that Starbucks treated the campaign like “disaster relief,” using time and resources to mobilize the community and raise awareness and funding. More than 60,000 Starbucks customers donated money.

“This is a complex problem,” he said. “We see this as one step of many that have to happen to really address the tragedy of homelessness. We want to ensure that as a community, no child ever again has to sleep in a car or tent outdoors.”

Seattle’s homeless population has been rising. Last year, non-profit One Night Count revealed a record 4,505 people living without shelter in King County. The “No Child Sleeps Outside” campaign cited a 20 percent increase in the homeless count last year in the city. Seattle-based Zillow, which conducts research on housing affordability, says the region’s tech boom is driving up rents and squeezing lower-income residents.

Sheri Schultz, president and co-founder of the Schultz Family Foundation, said that she’s never seen so many homeless families sleeping outside in Seattle during her 34 years of living in the city. Schultz, wife of Howard Schultz, called temporary housing a “short-term fix” and hopes that business and government can come together to solve the systemic problems.

“When you drive down the freeway system here in Seattle from 10 years ago to now, there are so many more tents and people living on the streets that they have their own zip code,” Schultz said on Tuesday. “We are better than that.”

King County Executive Dow Constantine said the homelessness crisis is not just a Seattle problem. But he noted that the city has the resources and the innovation to make a difference. Constantine explained that the world-renowned philanthropies and businesses coming together to achieve a common goal “is what makes our region the envy of the world.”

“We have the wealth and the big thinkers and the shared commitment to take on the biggest challenges of our time, including homelessness,” he said. “Today’s achievement is proof of that and I think a model on which we will be able to build and solve this crisis.” 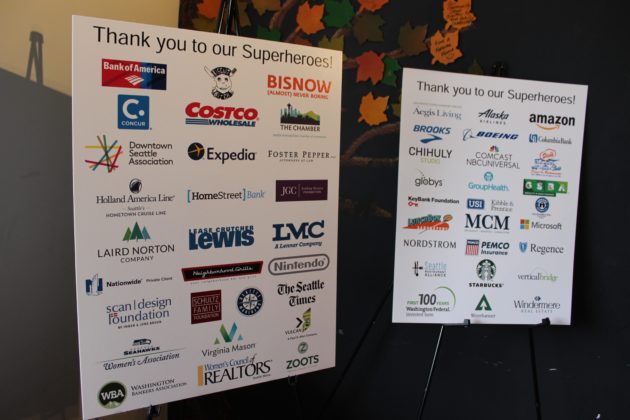