Starbucks is opening a new store every 15 hours in China, but there was one in particular that caught the attention of the world this week.

That would be the company’s new Shanghai Roastery, a 30,000 square-foot “coffee wonderland,” which opened Tuesday and is Starbucks’ largest store to date.

Located in the company’s fastest-growing country, the new Roastery is double the size of the original in Seattle that opened in 2014. It features three coffee bars offering multiple brewing methods; a 3D-printed tea bar; an Italian bakery, Princi; and a ceiling built with 10,000 handmade wooden hexagon-shaped tiles. There’s also a two-story, 40-ton copper cask with more than 1,000 hand-engraved Chinese stamps that tell the story of Starbucks and coffee.

Technology is weaved into the store, including Starbucks’ first-ever in-store augmented reality experience, built in partnership with Chinese tech giant Alibaba, which is also selling Roastery coffee and merchandise on its Tmall online marketplace. Yahoo noted that sales on Tmall reached $1 million in the 48 hours before the Roastery opened. 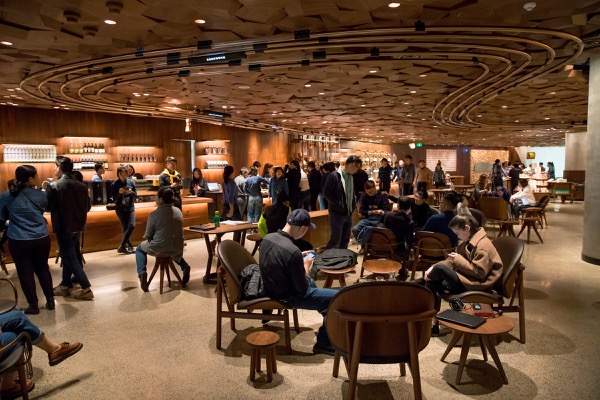 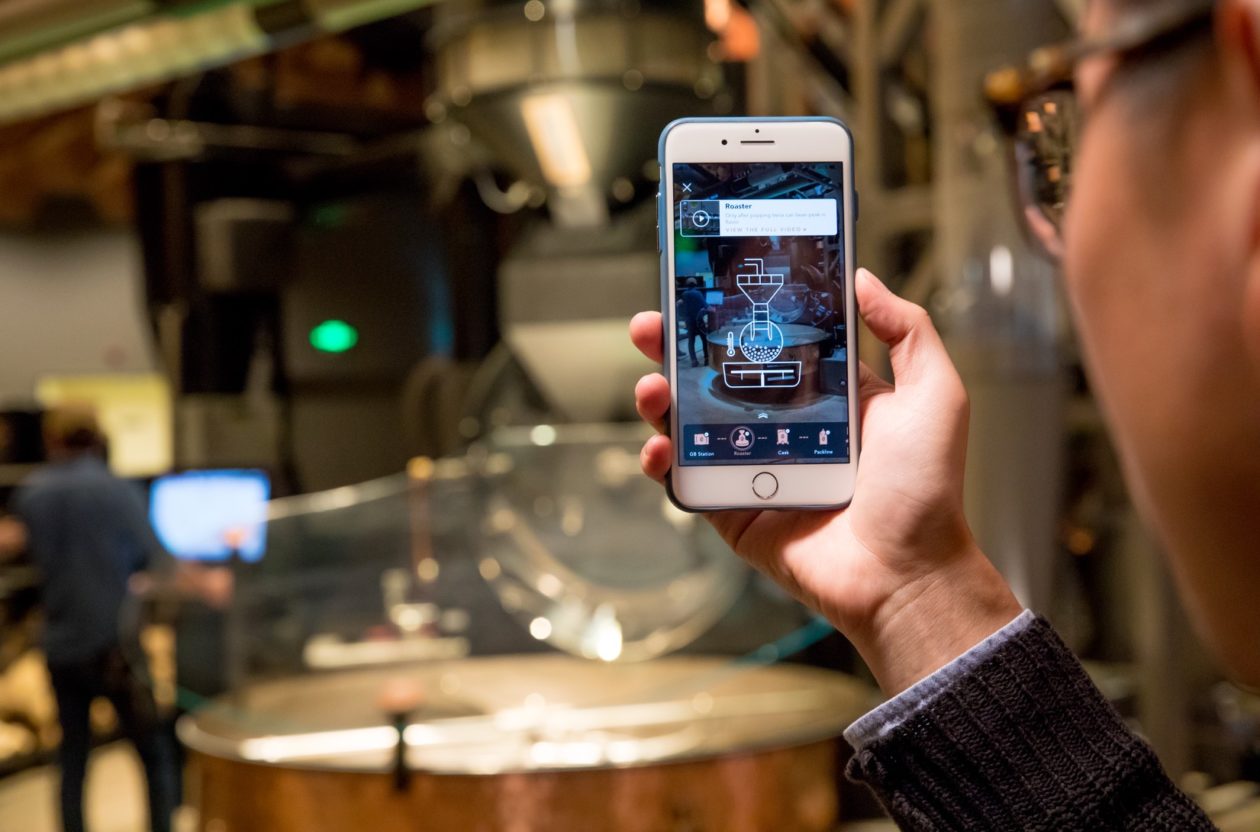 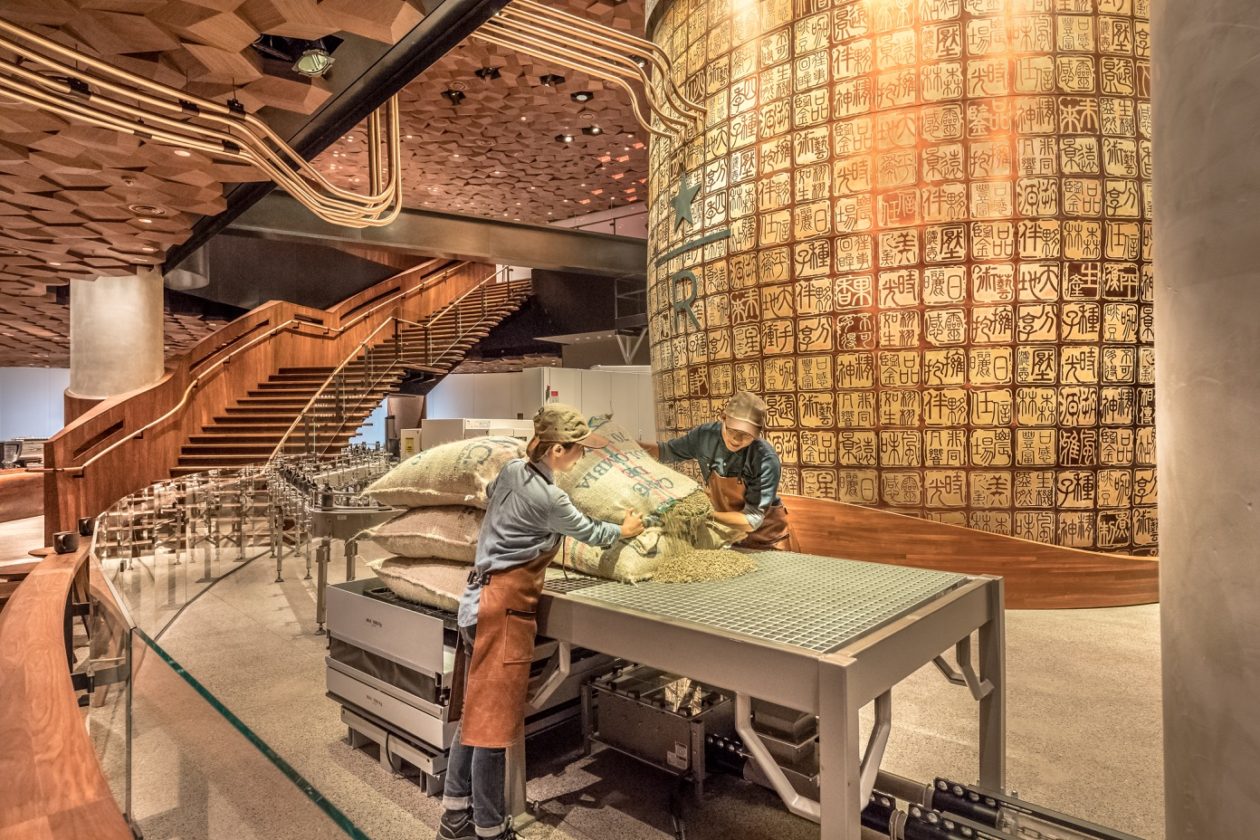 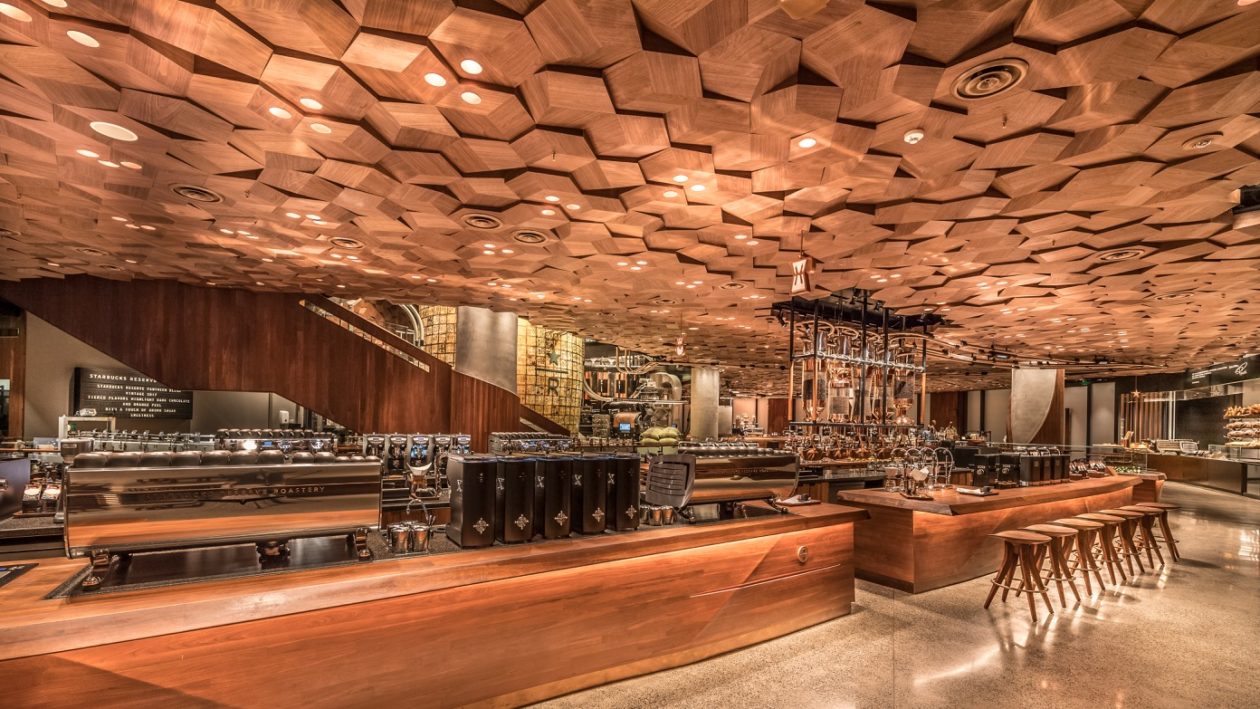 Starbucks plans to open more Roastery locations next year in Milan and New York City; and in Chicago and Tokyo in 2019. Speaking at the GeekWire Summit in October, Starbucks CEO Kevin Johnson explained that the Roastery stores act as “a center of innovation” for the company, which now has 27,000 stores in 75 countries and serves 90 million customers per week.

“You’ll see us invest in taking the innovation we get from the Roasteries and propagate it throughout all our Starbucks stores around the world,” Johnson said.

If you look at the growing middle class in China and the opportunity for more and more people to frequent Starbucks, we can build stores in China for decades and still have runway to build more.

China represents Starbucks’ fastest-growing market with more than 3,000 stores across 136 cities, and 600 alone in Shanghai. The company posted same-store sales growth of 8 percent in the most recent quarter for China, compared to a 2 percent global average growth for stores worldwide. In July, Starbucks paid $1.3 billion to acquire the remaining shares in its East China business as it unified mainland China as a company-operated market.

At a press event in Shanghai this week, Johnson said that China will become Starbucks’ fastest-growing market within a decade, according to the South China Morning Post.

“If you look at the growing middle class in China and the opportunity for more and more people to frequent Starbucks, we can build stores in China for decades and still have runway to build more,” Johnson said at the GeekWire Summit.

China can also act as a testbed for the company’s new digital products and services, given that there are nearly 700 million smartphone users. In July, Starbucks Chairman Howard Schultz hinted that Starbucks would partner with more Chinese tech companies “based on the fact that the consumer in China is well more advanced than the U.S. consumer in terms of being a digital native.” It previously partnered with another Chinese tech giant, Tencent, for social gifting integration on WeChat.

RELATED: Starbucks is a tech company: Why the coffee giant is investing heavily in digital innovation

At the GeekWire Summit, Johnson noted that Starbucks is working to create a “unified commerce platform” that enables its rewards program to work seamlessly across international markets.

“The key factor is some software that our teams are writing that is rolling out country by country around the world, and it might take us another two years to touch every country,” he noted.

Asked how Starbucks creates a consistent customer experience at its stores around the world while staying true to local culture, Johnson said it’s about creating a welcoming store environment, providing top quality coffee, and most importantly, human connection — the “one thing that every single one of us on this planet has in common.”

“We’ve all experienced joy and sorrow; we’ve all experienced the struggle and the success,” Johnson explained. “So just anchoring on the fact that human beings, we are tribal people — we get energy from one another. If you create an environment where people are connecting with other people in our stores, it works everywhere.”

Johnson also talked about how Starbucks ties together a physical store experience with digital innovation.

“One, you must be focused on experiential retail that creates an experience in your store that becomes a destination for the customer,” Johnson explained when asked about what physical retailers must consider in 2017. “And number two, you have to extend that experience from brick-and-mortar to a digital-mobile relationship. So our approach to this is investing in elevating the experience we create in our stores, and investing in the digital-mobile connection we have with our customers.”