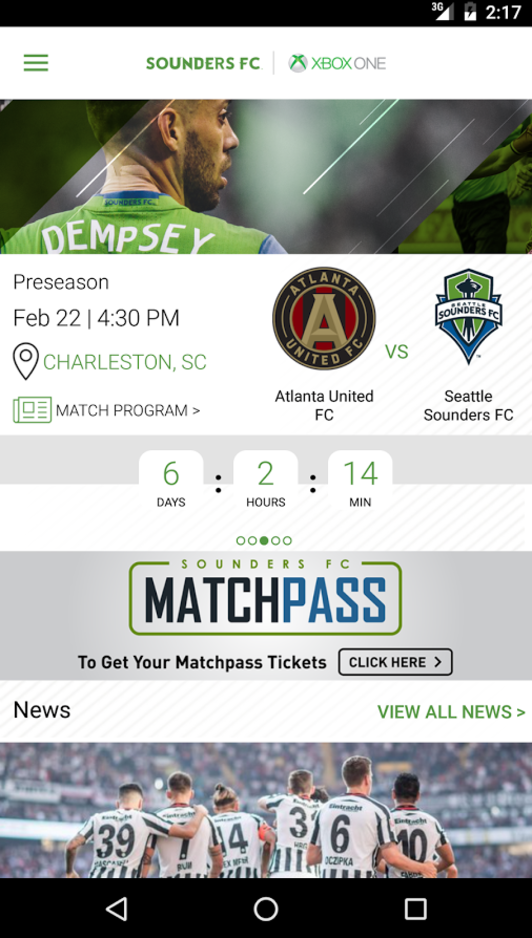 Mobile ticketing continues to be a big focus for the Seattle Sounders.

The MLS club just revamped its iOS and Android app with a redesign and a host of updated features. Sounders COO Bart Wiley told GeekWire that one of the most important changes was giving season ticket holders an easier way to access tickets on their smartphone.

But accessing those mobile tickets within the team app wasn’t always easy and required several steps.

Now, though, fans can do so from the app’s home page with one touch.

“There’s no more navigating through menus to get to your tickets,” Wiley said. “When you log in, your tickets are right there in front of you.”

Last year, the Sounders offered two options for season ticket holders: Use the app to get in games, or print tickets at home for an extra fee. That resulted in some backlash from fans who didn’t want to use the app as their ticket.

In response, the club brought back the plastic MatchPass card this season for fans who prefer that option. Wiley said there were some folks who chose that option during the season ticket renewal process this past summer.

Wiley said the front office believes mobile ticketing is an easier way for fans to get into matches.

“We think fans using their phone will enhance their experience at the stadium,” he noted. “It will be the fastest way for them to get into the stadium; it’s an easier solution to not have to keep paper tickets or a card. We are believers in streamlined access into the stadium.”

Speaking at the GeekWire Sports Tech Summit this past July, Sounders owner Adrian Hanauer said he’s a “huge believer that mobile will be ubiquitous and effectively the companion for almost every single fan at some point.”

“But we certainly learned that we have different types of fans,” he noted. “We need to make sure we are listening to as broad a cross section of our fans as possible. We also need to make sure that when we use technology, it is absolutely solving problems and pain points.”

The updated app also includes easier access to the most popular features — news, video, schedules, etc.— based on usage metrics that the club looked at from last season. In addition, there is a new way to vote for Man of the Match and a new “Sounders Strobe” feature, which opens up a flashing screen of white, blue, and green colors (the purpose of this is unclear). 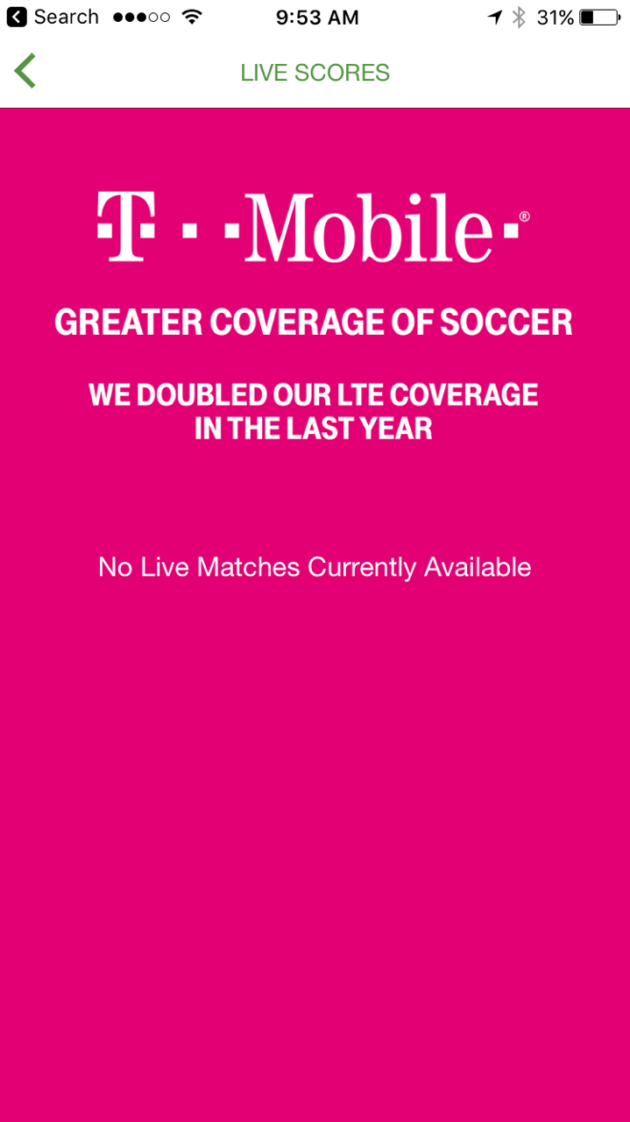 Under the “Live Scores” tab, there’s a splash page with T-Mobile branding as you can see to the right. Wiley declined to provide details about a potential partnership with T-Mobile.

Wiley didn’t have any updates on fans being able to use the app as a way to purchase products at the stadium, an idea that’s been discussed previously.

“The easier we can make it for fans in the stadium to get in; to purchase merchandise; to purchase food and drink — the easier and better it is for everybody,” he said. “We’re looking at all those things.”

Wiley said the look and feel of the app is now streamlined to the team’s marketing efforts for 2017, both for during matches and the down time in between.

Asked about lessons learned from developing the app and making changes to the technology tool over the past few seasons, Wiley said it’s a confirmation that the club is going to listen to fans and make tweaks based on their preferences.