Seattle hosts one of the most impressive Fourth of July fireworks shows in the nation. Set to a dramatic soundtrack, the fireworks are launched from a barge in the middle of Lake Union with Seattle’s downtown skyline and the Space Needle as a backdrop.

Putting the show together involves an enormous amount of technology and manpower.

GeekWire visited the pyrotechnic workers on the barge in Lake Union to get a behind-the-scenes look while they were setting up. In the video below, Tom Bates, the lead pyrotechnician for Western Display Fireworks, gave us a look at how the shells are setup, synchronized and fired via a wireless computer control system.

Since the show is synchronized to music, creating the fireworks show begins with a soundtrack. Once the soundtrack is received, the team uses pre-visualization software called Finale to choreograph the the sequence of fireworks.

Since rehearsing a show is impossible, the Finale software allows the team to visualize a rough version of the show on a computer, with details about a wide variety of shells, like what their patterns and colors are, along with launch and explosion timings.

Once a show is choreographed, the pyrotechnicians use a system called Galaxis to wirelessly control the sequence of firing each shell according to the sequence generated from Finale. From a control hut on the barge, Bates uses a wireless controller to start and monitor the show.

The wireless control box sends signals to various banks of firing controllers. Each firing controller has 100 outputs that are connected by wire to an Ematch, a black-powder squib that ignites a Quickmatch.

The Quickmatch is a quick-burning fuse that burns at 60 ft/s to reach the shell. When an output is triggered, the controller applies electrical current to the Ematch, which then ignites the Quickmatch and fires the shell.

According to Bates, the computerized fireworks systems are quite expensive and only available for the most prominent shows, leaving many cities’ fireworks displays to be set off by hand.

From last year’s show, the final product will look something like this. 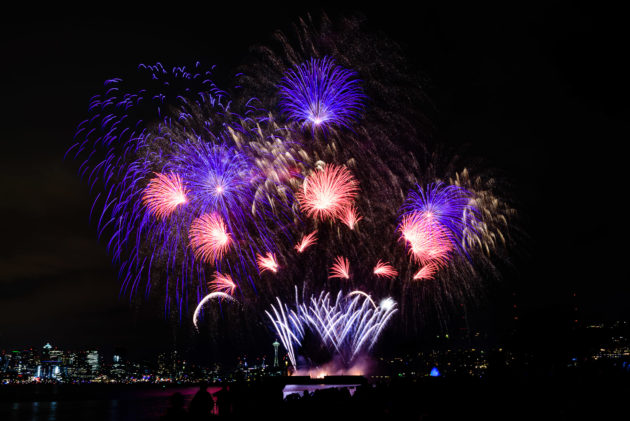 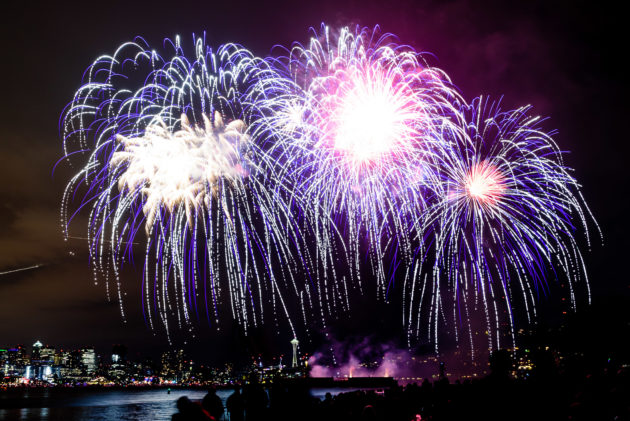 GeekWire wishes you an enjoyable and safe Fourth of July!