Seattleites have yet another way to get around town thanks to technology.

Scoop is specifically aimed at workers looking for a carpool ride to and from work. Powered by a mobile app (iOS; Android), it uses an algorithm to match co-workers or neighbors going in the same direction based on pre-scheduled pick-up times in the morning and evening, along with several other factors like traffic and past feedback. Users have until 9 p.m. the day before to schedule a ride or announce that they are driving in the morning, and until 3:30 p.m. for the commute back home.

Scoop handles payment, mapping, contact info, and more within the app. The average cost for each ride is $5 to $6; about 80 percent of that goes to drivers, who are required to have their motor vehicle history report screened before joining the platform, noted Scoop co-founder Jon Sadow.

Sadow founded Scoop in 2015 with his brother Rob, who is the company’s CEO. The siblings grew up in Atlanta and carpooled everyday to high school, which was a 50-mile roundtrip commute. When they both ended up moving to San Francisco after college, the brothers saw how companies like Uber and Lyft changed short distance commuting, but realized how little innovation had happened with carpooling for longer trips.

“We thought there was a chance to build an automated marketplace for carpooling,” Sadow told GeekWire. “We also realized the key to all of that was to partner with companies and cities and other municipalities to build this groundswell in order to make this carpooling system work.”

Scoop focuses on partnering with large employers and city organizations to help create density and more flexible carpooling options for users. In the Bay Area, it partners with companies like Cisco, HP, Yahoo, and others, along with the City of Foster City and Palo Alto TMA. Those partners can work with Scoop to offer discounts to their employees or constituents, Sadow noted.

“The key is to have enough density to actually make a carpooling system work,” he added. “It assures that on Day 1, there are enough people in the system so users aren’t entering a desert.”

On Scoop’s FAQ page, it notes that “the easiest way to get discounted pricing is to have your employer sponsor Scoop trips.”

“Commuters at Bay Area companies are getting rides as low as $1 thanks to employer support of Scoop,” the company says.

Scoop is already working with large employers and city-operated groups in Seattle, but Sadow wouldn’t name specifics. However, it looks like Amazon — which launched its own employee commuter shuttle last year — could be involved judging by this tweet:

At launch, Scoop is only open in Seattle to commuters going to and from the South Lake Union and downtown areas, but Sadow said expansion is imminent.

Seattle is Scoop’s first city outside of the San Francisco Area, where it has facilitated about 650,000 carpool trips since 2015 and expects to do 100,000 this month alone. The platform has more than 75,000 users.

“Seattle overall doesn’t have the public transit infrastructure to support its growing working population,” he said. “It also fits the needs of our model with some really big employers there. It checks a lot of boxes of what we believe makes a great market.” 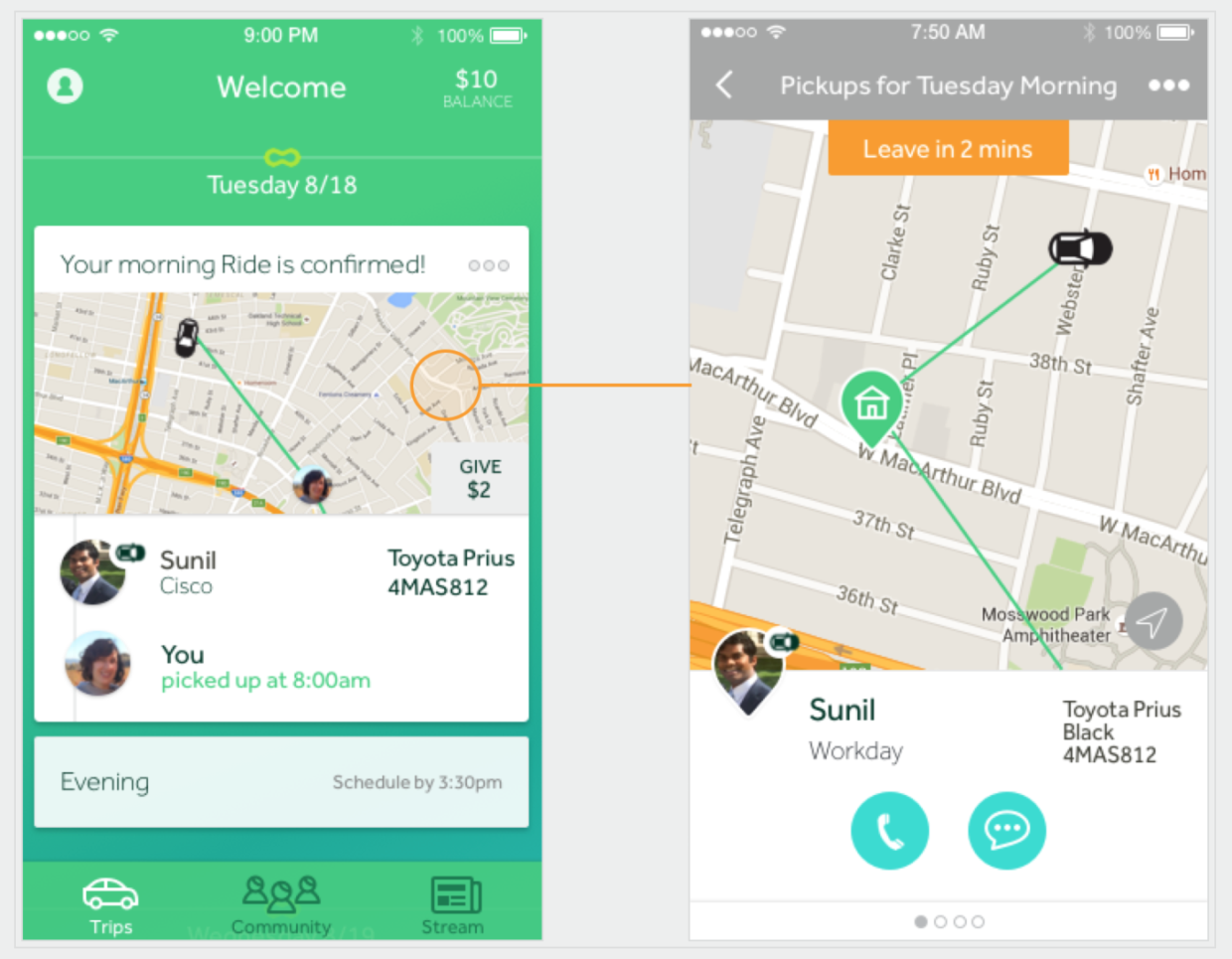 Scoop joins a flurry of tech-enabled transportation services that have become available in Seattle over the past several years, including Uber, Lyft, Car2go, and ReachNow, BMW’s car-sharing service that launched last year and said it will work with Scoop “to make commuting easier and more cost effective while helping to reduce traffic congestion in our rapidly growing city.”

Uber and Lyft both launched their own carpooling services — uberPOOL and Lyft Line — in Seattle last year.

“We brought all the best features and functionality from Uber, Lyft, Airbnb — those who built great on-demand marketplaces — and extended those into what should be the real way a carpooling system works,” he said.

Scoop employs 30 people and raised a $5.1 million round from Signia Venture Partners, Index Ventures, BMW i Ventures, and Workday Corporate Ventures this past May.