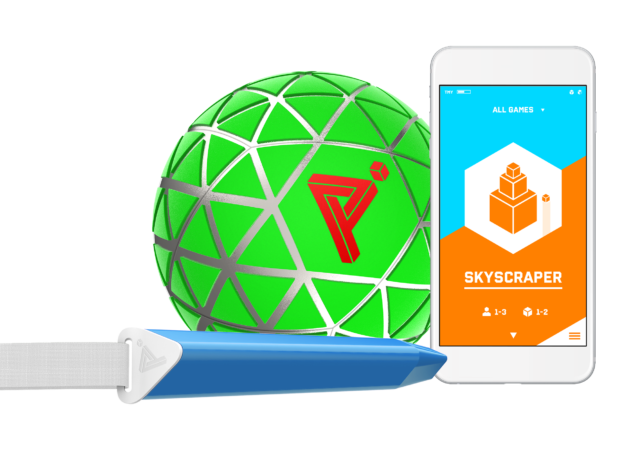 Playing with a ball can be a lot of fun when you throw sensors and computer chips into the mix.

That’s the thought behind Play Impossible, a Seattle startup that sells a smart, connected inflatable ball which links to a smartphone app and lets people play different physical games.

Its first product is a small rubber ball that looks completely normal from the outside but has a bevy of electronics inside — accelerator, barometer, microcontroller, ultracapacitor, etc. — and sends real-time data via Bluetooth to an accompanying iOS or Android smartphone app, which lets people play seven different games and record highlight videos. A charging stick gives the ball, manufactured by Seattle-area sporting goods company Baden Sports, two hours of play in just 20 seconds.

Play Impossible CEO Brian Monnin, a veteran entrepreneur who previously worked at Intel and Microsoft, founded the company with Chief Product Designer Gadi Amit, who leads NewDealDesign, a firm that helped design products for FitBit and Google; and CTO Kevin Langdon, a long-time engineer who was previously CTO of AirCare Labs.

“Our common goal is to transform ordinary play and sporting goods by giving them a brain to introduce a connected generation to the joy of physical play in a digital way,” Monnin said.

The six-person startup is currently in Seattle to work through the inaugural Alexa Accelerator, a new program that Amazon is running in partnership with Techstars. The accelerator supports early-stage companies developing technologies related to Amazon’s popular artificial intelligence and machine learning-powered voice platform.

The company will also present during the Inventions We Love segment of the upcoming GeekWire Summit.

We caught up with Monnin for this Startup Spotlight, a regular GeekWire feature. Continue reading for his answers to our questionnaire.

Explain what you do so our parents can understand it: “Play Impossible is a connected play and sports platform. The company’s first product is the Gameball™, a ball with a brain inside that connects to your smartphone for fun games to get you moving.”

Mobile technology should build bridges to movement, creativity, and togetherness — and not result in ever-increasing solitary idle time.

Inspiration hit us when: “Watching the blue light blank expressions on our kids in the basement bloom into wild eyed grins and shrieks of laughter when they ran across the backyard playing ball together. Mobile technology should build bridges to movement, creativity, and togetherness — and not result in ever-increasing solitary idle time.”

We are introducing a new consumer product in a new category so suffice to say we’ve had to try a bit of everything. Most VCs want pattern recognition and we don’t look like the 30 other things they saw on the day we got to meet with them. Spending the first 12 months in cockroach mode forces you to make “MVP” decisions every day; the angels are forgiving and the strategic partners force you to meet their high standards. If you are doing a consumer facing product, crowd equity fundraising can provide much needed community and beta testers. We were fortunate that this path led us to Two Sigma Ventures (Anki, Little Bits), Hardware Club, West River Group (TopGolf) and Amazon Alexa Accelerator powered by Techstars, who are simply incredible mentors, growth enablers and believers in new forms of physical-digital play.”

Our ‘secret sauce’ is: “Notice of Allowance for U.S. Patent Application 15/296,961, Smart Playable Device and Charging Systems and Methods.”

The smartest move we’ve made so far: “Recruiting and headquartering our technology team in Central Pennsylvania. Do you know what it costs to hire engineers in Seattle?!” 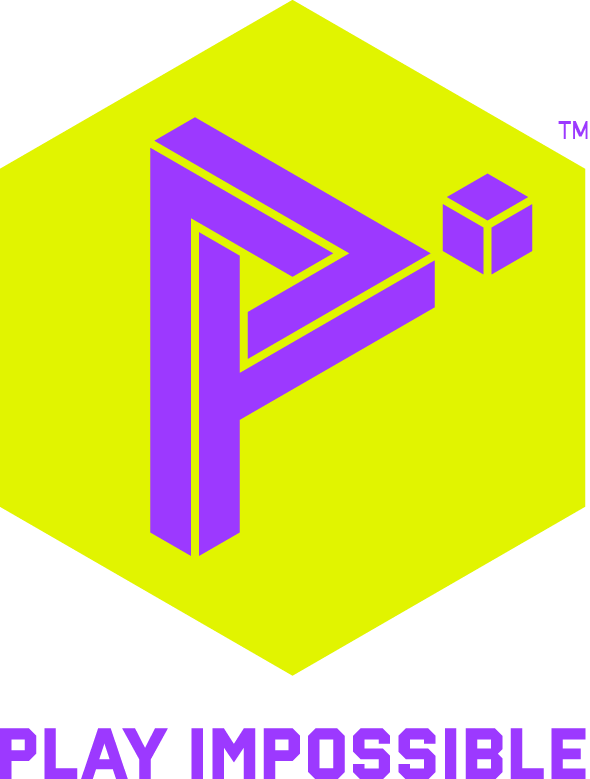 The biggest mistake we’ve made so far: “Letting GeekWire readers know that recruiting and maintaining a low-cost-high-talent R&D team in Central Pennsylvania is a viable option.”

Would you rather have Gates, Zuckerberg or Bezos in your corner: “With all due respect to Bill, Mark, and Jeff, I have the good fortune of Baden Sports CEO Michael J. Schindler in my corner. Michael has nurtured and grown Baden Sports, a private Renton, Wash-based world leader in sporting goods for over 40 years. As an entrepreneur trying to enter a new market, having a steady, strategic partner with quick wit and sage advice helps put context on all of the short-term fires startups have to put out.

Michael had recently re-invented the bat with their top selling Axe Bat when we approached him in 2016; he was game to partner with us to redesign a ball from the ground up. His and the entire Baden Sports expertise in product design, supply chain management, manufacturing, distribution and retail is a little-known Seattle area startup success story.”

Our favorite team-building activity is: “Playing our new game Jostle with the Play Impossible Gameball™.”

The biggest thing we look for when hiring is: “Are you a fun, player-focused, dedicated to bringing out the best in others, up for a challenge, risk taker? And if you are an engineer are you willing to move to Central Pennsylvania?”

What’s the one piece of advice you’d give to other entrepreneurs just starting out: “Don’t do it kid, it will never work. But … if you can weather a constant barrage of doubters and believe your past experiences and present partners have something truly special, then by all means go for it. Live for your customer, love their data, and prove the naysayers all wrong.”

Editor’s note: GeekWire is featuring each of the nine companies in the Alexa Accelerator leading up to their Demo Day Oct. 17.