There is a huge construction pit in the middle of the upscale University Village mall in Seattle, and no one seems exactly sure what’s happening there.

So we did some digging, and here’s what we found: permit documents show that Apple is building out a larger store on the site, adjacent to its current store location. Apple’s name, address and phone number appear on documents filed with the city of Seattle in recent months for a project called “Village Green.” Additionally, Ben Shim, who manages Apple retail store development, according to his LinkedIn, sat in on meetings about the project last year and is listed as the tenant, documents show. 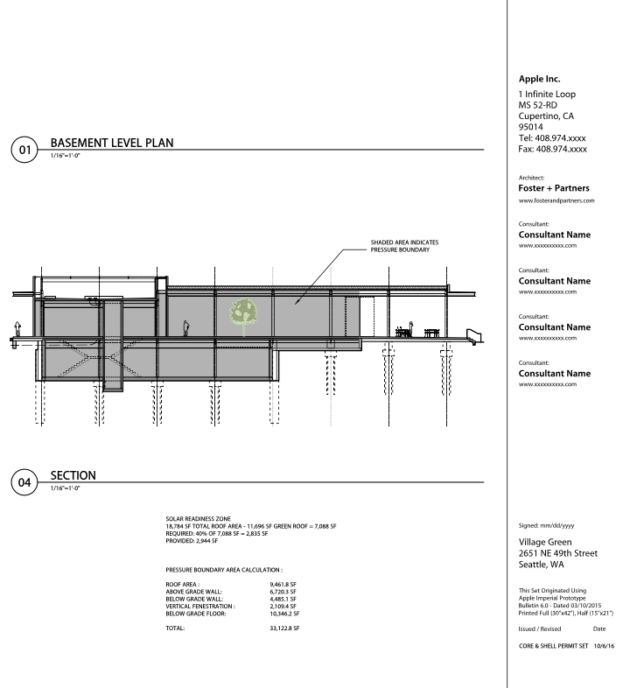 Apple and University Village officials either declined to comment or did not respond to our requests.

It is unclear when the new building will open. The site was walled off this week and construction workers there didn’t have much to say about it. Another big question is what will happen to Apple’s current retail location in the mall.

Apple last year unveiled the latest evolution of its store design in San Francisco. The two-story store features 42-by-40-foot sliding glass doors that allow the store to become part of the outdoor space. Apple said at the time that this model would be the company’s new design aesthetic going forward.

Apple opened the University Village location in 2003, approximately two years after the company opened its first brick and mortar locations. In 2011, Apple revamped the store, though it stayed the same size.

The mall has in recent years become a hub for tech companies opening brick and mortar stores. It started with Apple, and then Microsoft opened its store in the mall in 2011. In 2015, Amazon made University Village the home of its first physical bookstore. The online retail giant is now building or planning 10 locations, including one at the Bellevue Square Mall, where Apple and Microsoft also have stores.