To hear Farudi speak at our second annual GeekWire Sports Tech Summit on June 21-22 in Seattle, get your tickets here:

If you had the chance to create your very own pro sports league today, how would it look? How would new technology change the way the players, coaches, teams, and fans operate? 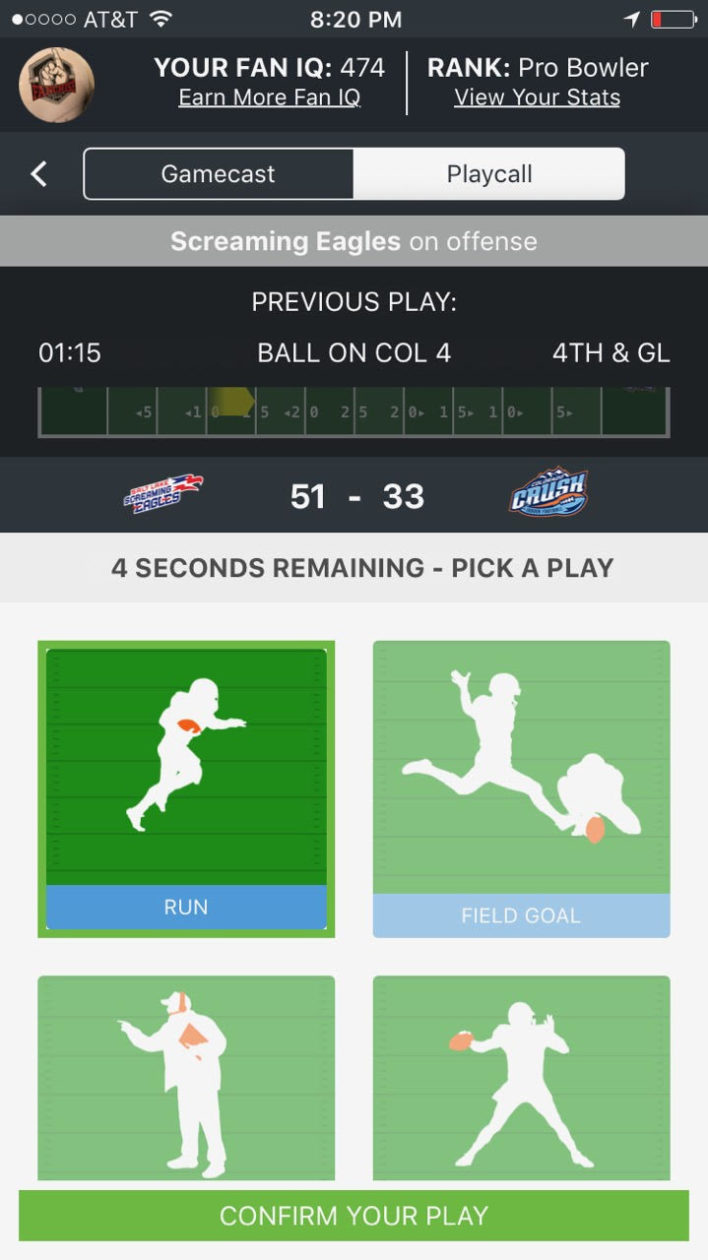 That’s the opportunity in front of Project FANchise.

We wrote about this Santa Monica, Calif.-based startup about a year ago, highlighting its plan to buy an Indoor Football League team and allow fans to essentially run the franchise from their smartphones — calling plays on game day, hiring front office executives, designing the team logo, etc.

The Salt Lake Screaming Eagles are now 10 games into their season and tonight will take on the Colorado Crush in a moment of sports history. It’ll be the first time fans control the play-calling for both teams in the same game, as Project FANchise also owns the Colorado Crush.

It’s a moment worth noting, but Project FANchise and its CEO Sohrob Farudi have even bigger ambitions: to create their own football league that re-thinks how a sports and entertainment company can operate in today’s technology-fueled world.

In an interview with GeekWire, Farudi shared his vision for the Interactive Football League, which would be a hybrid of eSports and traditional sports with a heavy focus on digital. Project FANchise would own all the teams and operate one arena that would host all games in the same place — a “studio” of sorts that mimics what Turner did with its ELEAGUE studios.

Farudi explained that the initial vision was to turn traditional indoor football into an interactive sport.

“But what we’ve figured out is that we are trying to fit a square peg in a round hole,” he said. “This is a sport and a game that’s been around well before mobile phones were developed. There’s nothing about the game that was ever thought about in terms of the digital experience. What we’ve really come to understand is that if we really want to create the ultimate experience for fans, we need to reformat the game itself.”

Farudi’s team plans to shift its focus from the in-arena audience to the digital audience. That learning came partly from the traction Project FANchise saw from its partnership with Twitch, the leading video game streaming service. It streamed a few live games on the Amazon-owned platform and integrated its play-calling product directly within the chat feature of Twitch. The games, the first live sports streamed on Twitch, were met with positive reception from both Twitch executives and users, Farudi said.

The game is about the fan at home and the fans on mobile.

Farudi described the Interactive Football League as a “league in a box.” The teams would all play in the same “studio,” with room for a field and around 1,000 fans. But much of the game will be driven by people outside of the complex.

“The game is about the fan at home and the fans on mobile,” Farudi said.

The actual sport would be similar to football, but with a 7-on-7 or 8-on-8 format instead of the traditional 11-on-11. The players would all live in the same city and practice in the same place, which would reduce expenses related to travel.

Having complete control of the league would be a big advantage, Farudi said, particuarly as it relates to sponsorship and digital content rights. He said he’s already meeting with potential media distribution partners and is looking to raise up to $10 million for the new league.

“Instead of a disparate league of eight to ten teams all owned by different ownership groups, this becomes a wholly-owned sports and entertainment property,” Farudi explained. “It’s more like American Ninja Warrior or American Gladiators or UFC.” 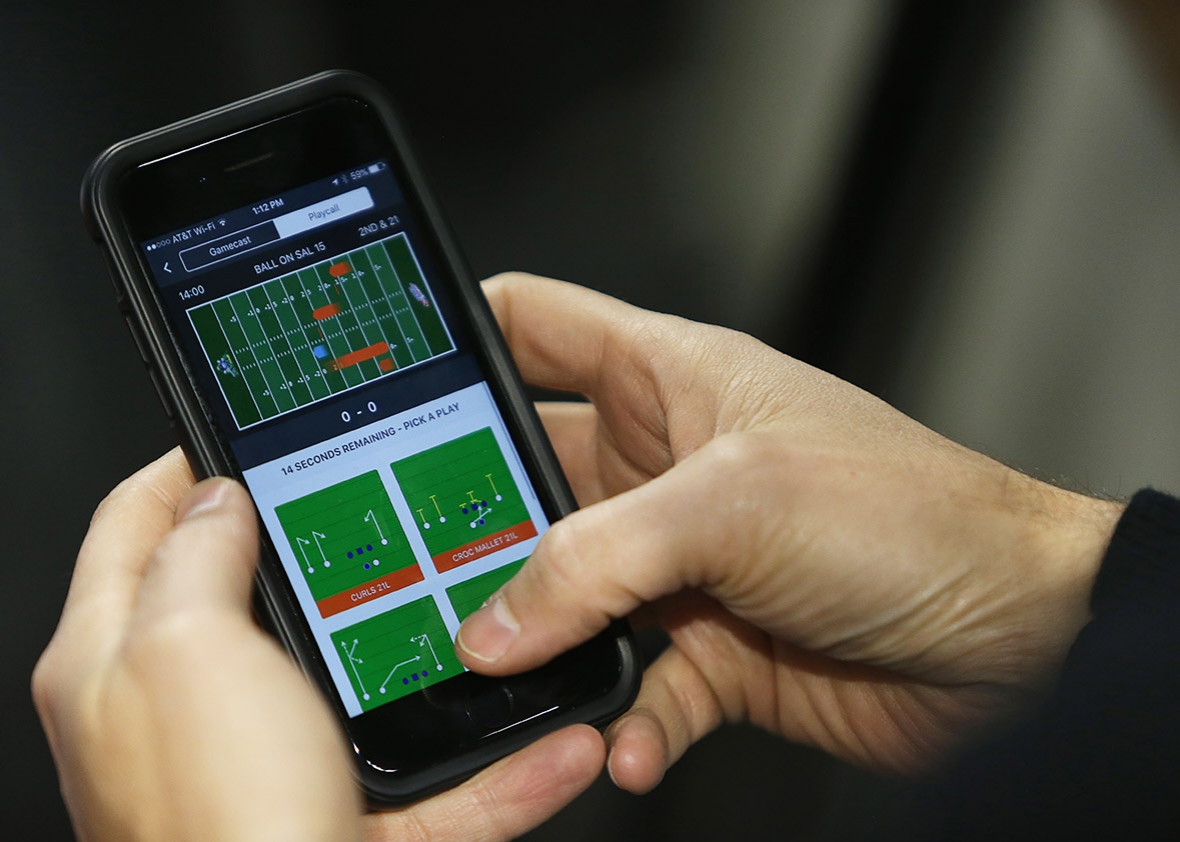 The new league would utilize much of the technology already built for the Salt Lake and Colorado indoor football teams that lets fans pick plays from a smartphone app or on Twitch, and make personnel decisions via a virtual front office. It’s an idea that builds off the momentum created by fantasy sports, which gives fans the ability to create their own lineups and compete against others doing the same. 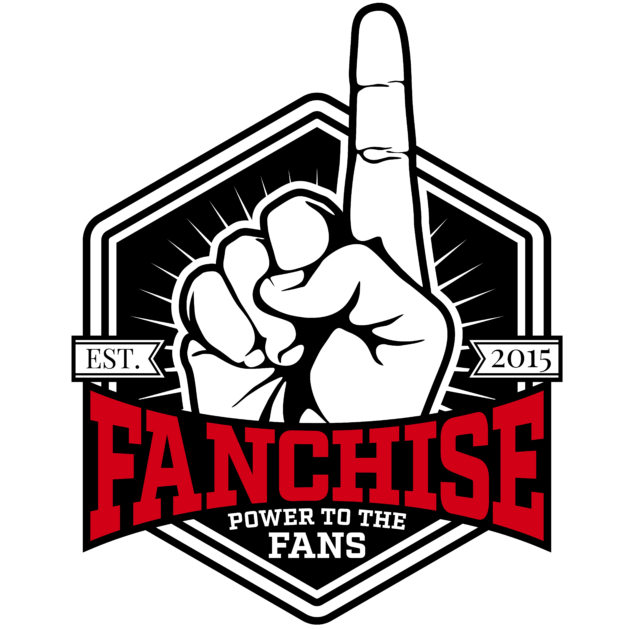 Farudi, a long-time entrepreneur who sold his device trade-in startup to Brightstar in 2011, also envisions the league to be a test-bed for new sports technology, whether related to the fan experience or distribution rights or the on-field game itself.

“We have a real opportunity to be one of the first, if not the first, to rethink and re-imagine traditional sports in the digital era,” he said.

Farudi added that the league can be like a “sports technology lab,” with arms open to new ideas from sports tech startups and entrepreneurs. He hopes that some of those innovations make their way into leagues like the NBA, NFL or MLB.

“They aren’t going away, and we don’t want them to,” he said of traditional sports leagues. “But we believe that they need to adapt. Our hope is that we can be a testing ground to really figure out what sticks and then be a part of helping implement that stuff in the bigger leagues.”

Project FANchise, which employs less than 10 people not counting its two existing IFL teams, plans to launch the Interactive Football League in the spring of 2018.

Farudi has an impressive list of partners who are helping manage Project FANchise. His co-founder is Ray Austin, a former NFL defensive back who met Farudi after he came up with an idea to allow fans to call plays in real-time. Former Denver Broncos linebacker Al Wilson and Green Bay Packers running back Ahman Green are also advising and investing in the company.

Other advisors include Andy Dolich, who has more than four decades of experience in the sports industry working in executive roles for teams like the San Francisco 49ers, Memphis Grizzlies, and Oakland Athletics. There’s also Manish Jha, a former ESPN exec who was general manager of ESPN Mobile and later joined the NFL to run its mobile platform.