Microsoft just announced the next generation of its popular Surface Pro at an event in Shanghai. It’s the successor to the Surface Pro 4, but notably they aren’t calling it the Surface Pro 5. Details are still forthcoming, but the Microsoft video unveiling the device is above.

Panos Panay, the Microsoft Surface chief, also showed an upgraded pen, which he called “the fastest digital pen on the planet.” (The video notes that the pen is sold separately.) Microsoft is promising up to 13.5 hours of battery life. The video shows features including LTE Advanced connectivity, upgraded sound and an Intel Core i7 seventh-generation processor.

At the event and in a blog post, Microsoft sought to differentiate the new device from Apple’s primary competitor, saying the Surface Pro is 1.7x faster than the iPad Pro.

The new Surface Pro starts at $799 and will be available June 15, the company says.

The company also showed a new Whiteboard app that lets users collaborate on a shared workspace via pen from different devices, with artificial intelligence capabilities to interpret what people are trying to draw.

There’s no official livestream from the event, and Microsoft’s efforts to post live updates may have been initially foiled by China’s “Great Firewall,” but an unofficial livestream is available here, and you can follow the hashtag #MicrosoftEvent.

Business Insider talks with Microsoft exec Yusuf Mehdi, who explains why Microsoft isn’t calling it the Surface Pro 5: “I think we can do away with the numbers,” he says. Also notable is that the company isn’t calling it a tablet. Instead, it’s “the most versatile laptop in the world.” That’s a recognition that the tablet market has been on the decline.

Windows Central reports that the ports are similar to those on the Surface Pro 4, including USB Type-A. The site explains, “That’s not to say Microsoft did not prototype USB Type-C – it did – but legacy support for the Surface Dock and market confusion over USB Type-C led the company to stick with the current Type-A version only, Microsoft says.”

Surface Pro 4 was released in October 2015, along with Microsoft’s first laptop, the Surface Book — making them each ripe for a refresh. Explaining a 26 percent decline in Surface revenue last quarter, Microsoft CEO Satya Nadella cited the “end of product life cycle” for certain Surface devices, and increased price competition. 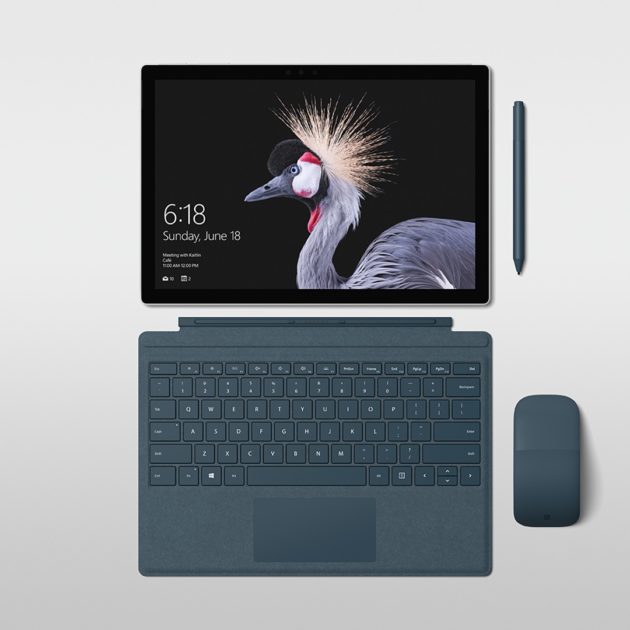 As part of the event, the company also announced plans to bring Surface Studio desktop and other Surface devices to China.