Microsoft will sell its own version of Samsung’s newest flagship smartphone inside its brick-and-mortar retail stores. 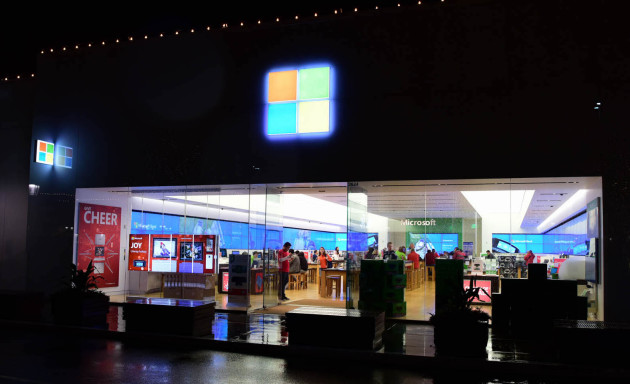 The Redmond-based tech giant said today that the Samsung Galaxy S8 and Galaxy S8+ “Microsoft Edition” will go on sale April 21 at physical Microsoft Stores across the U.S.

“A Microsoft customization is applied to the Samsung Galaxy S8 and Galaxy S8+ Microsoft Edition when the devices are unboxed and connected to Wi-Fi,” Microsoft said in a statement. “This customization ensures customers a best-in-class productivity experience with Microsoft applications such as Office, OneDrive, Cortana, Outlook and more.”

ZDNet reported that the Galaxy S8 Microsoft Edition will be priced at $750, and the S8+ at $850, which is in line with other wireless carriers.

The Verge reported that normal Samsung Galaxy S8 devices will come with basic Microsoft apps, just like the S7 and S6 did. The “Microsoft Edition” also includes apps like Outlook and Cortana.

Microsoft apps like Office and OneDrive are available for any Android user. But on the Samsung Galaxy S8 Microsoft Edition, those apps are arranged on the home screen, while the device itself “provides additional accessibility to other Microsoft owned applications such as LinkedIn, Wunderlist and more,” according to a Microsoft spokesperson.

Samsung and Microsoft have worked together for decades on Samsung computers running Windows. In recent years, Samsung has been using Android for its devices, a high-profile example of the challenge facing Microsoft’s Windows business. However, Microsoft and Samsung have had a warmer relationship since settling a patent suit a year ago.

In January, the two companies announced the first Galaxy Tab running Windows 10, as well as a new Internet of Things collaboration.