Microsoft Windows still runs the vast majority of desktop and notebook computers around the world, but the trends in U.S. education are very different. Google’s Chrome OS commanded 58 percent of the market in U.S. schools in 2016, up from 38 percent in 2014. 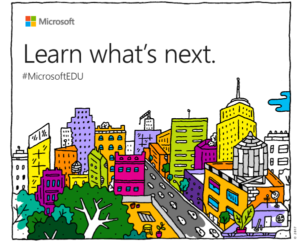 That’s the backdrop as Microsoft prepares to hold a special event in New York City on Tuesday morning, focusing on education technology. The company is reportedly preparing to announce a new version of Windows 10, possibly dubbed “Windows 10 Cloud,” running only apps purchased or downloaded from the Windows Store, not traditional x86 apps for Windows.

In addition, Microsoft is expected to debut new hardware, aiming to compete more effectively with low-priced Chromebooks from Google and the search giant’s hardware partners.

It’s not the first time Microsoft has gone to market with a stripped-down Windows version. The company’s Windows RT operating system, along with its ARM-based Surface RT tablet, ran only Windows Store apps, before expanding to x86 apps in subsequent versions of the tablet.

That original Windows RT strategy proved less than effective. In contrast, focusing primarily on education with a new Windows 10 version could help Microsoft make a clearer case for the value the new operating system and hardware. But there are larger implications, as well: Chrome is making inroads into the commercial PC market, IDC reports.

However, Microsoft’s hardware business could use a shot in the arm. Revenue from its Surface hardware business fell to $826 million in the last quarter, a 26 percent decline from a year ago. The company cited issues including the fact that the existing Surface devices, including the Surface Pro 4, are nearing the end of their life cycle.

Microsoft’s event starts at 9:30 a.m. Eastern and 6:30 a.m. Pacific on Tuesday morning. Check back for coverage on GeekWire as the news happens.