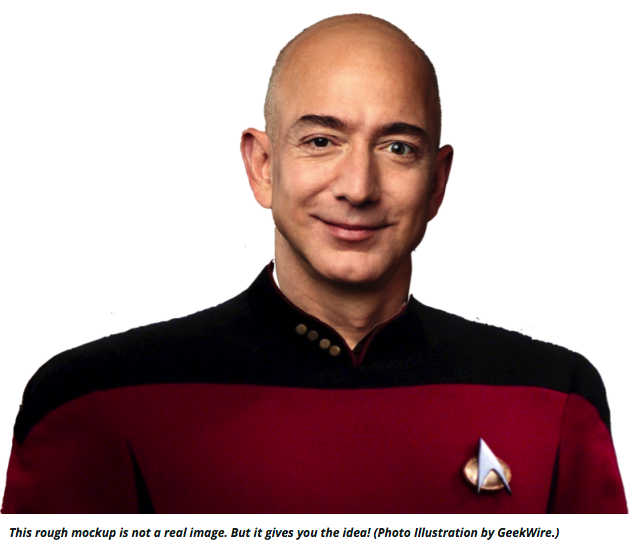 Amazon CEO Jeff Bezos has said the Alexa voice-activated AI assistant was inspired by the talking computer on “Star Trek,” so it only makes sense that Alexa is saluting the latest incarnation of the Star Trek saga.

“Star Trek: Discovery” premieres Sunday on CBS All Access, and in the show’s honor, Amazon has added a few tricks that Echo, Dot and other Alexa-enabled devices can show off.

If you say “Alexa, damage report,” you’ll get a quick update on the weather and offbeat news, with a quirky signoff.

What’s the dominant life form on the planet Phylos? To test your knowledge of Star Trek trivia, say “Alexa, open Star Trek.” (Yours truly got three out of three.)

To add some Trek sound effects to your humdrum life, say “Alexa, red alert!’ … “Alexa, beam me up!” … or “Alexa, fire photon torpedoes!”

Here are a few other tricks to try:

If you really want to Trek out, you can dispense with “Alexa” and go with “Computer” as the wake word for your Echo, preferably spoken in a commanding Captain Kirk tone of voice.

And for the ultimate mashup of Amazon and Star Trek, fire up “Star Trek Beyond” on Amazon Prime video and watch for Bezos’ cameo appearance as an alien Starfleet official. The world’s richest Star Trek actor delivers his only line — “Speak normally” — at the 13:12 mark.