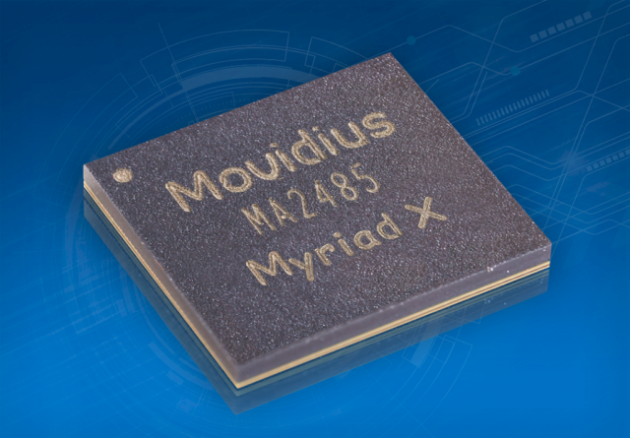 Edge computing is the next major step in the evolution of cloud and enterprise computing, and Intel’s new Movidius chip package aims to deliver processing power optimized for artificial intelligence into edge devices like cameras and industrial robots.

Movidius, a subsidiary of Intel acquired last year, is a specialized chip designer focused on building hardware for AI and machine learning applications. It released the Myriad X “vision processing unit” Monday as a generational upgrade over its Myriad 2 product, which allowed hardware makers to insert a little bit of AI processing power into their devices alongside the regular chips that run those devices.

The Myriad product comes with a “neural network accelerator” on the chip, which allows it to tackle deep learning applications based on neural networks. It’s capable of delivering 1 TFLOPS (tera floating-point operations per second) of performance in a small package designed to fit into mobile devices or other tight spaces inside factories or other industrial facilities.

Myriad X arrives as non-traditional chip companies — namely Google and Microsoft — are putting together their own designs for AI-optimized hardware in their cloud services. Google introduced its Tensor Processing Units in May, and Microsoft recently revealed Project Brainwave, both projects that will allow their cloud customers to take advantage of AI hardware talent that would be very hard to implement in their own products.

But traditional cloud services don’t necessarily work for the growing number of Internet of Things devices, which can’t always handle the latency involved with sending data back and forth between the end user and the cloud provider’s data center. Companies are starting to realize they need to put more processing power on devices at the edge of their networks to serve customers sensitive to those delays, as Microsoft CEO Satya Nadella went into in great detail during his Build keynote address this past May.

And as the sophistication of those edge devices grows, they’ll become capable of running more complex applications, such as AI processing. Movidius is starting slow with Myriad X, shipping the devices to a few customers such as Hikvision, which makes security cameras.