There is more happening at the intersection of sports and technology than ever.

That much was evident at the second annual GeekWire Sports Tech Summit this week at CenturyLink Field in Seattle, where we had so much fun welcoming 400 executives, entrepreneurs, engineers, investors, founders, athletes, general managers, gamers, scientists, and many more to our one-of-a-kind event.

We had the pleasure of hearing from top thinkers and leaders from across the sports tech landscape, ranging from NFL COO Tod Leiweke, who talked about the league’s streaming deal with Amazon, to WNBA legend Sue Bird, who explained why athletes need to embrace new tech, to Seattle Mariners GM Jerry Dipoto, who shared insights into the devices and software his ballclub uses to improve performance.

GeekWire Sports Tech Summit was a huge success! Holy smokes did I meet a lot of cool people. My brain=exploding *brainsplode*#gwsportstech

Never thought I'd get to give a talk where the Hawks play. Enjoyed downloading esports to traditional sports innovators. #GWSportsTech pic.twitter.com/2kvb2eKPzr

Experts on eSports, virtual reality, ticketing, sports data, arena development, and even Topgolf also shared the stage on Thursday in front of hundreds of attendees who had a chance to network with other people and companies passionate about the convergence of sports and technology. 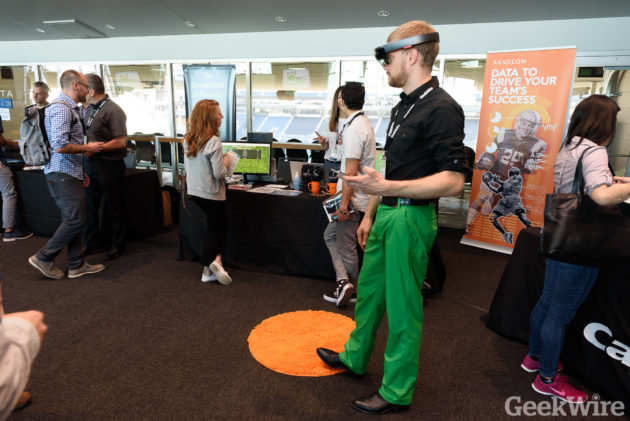 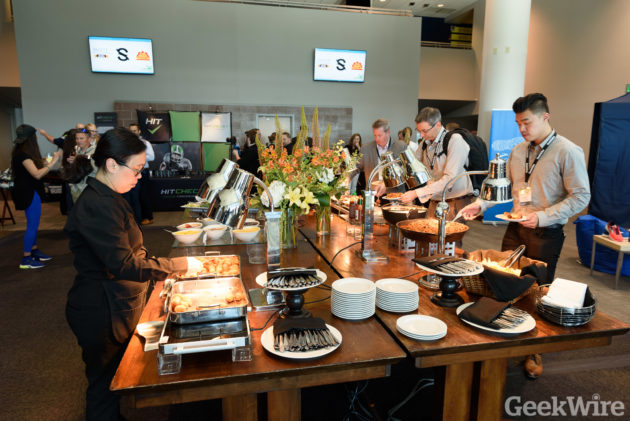 The best thing about the @GeekWire Sports Tech Summit – getting to learn from the top execs in game. @AlGuido leads the pack! #GWSportsTech pic.twitter.com/8EqyJXgZEk

Athlete Intelligence is ready to do some work at the GeekWire Sports Tech Summit @AiSportPlatform #GWSportsTech pic.twitter.com/ja2k8rh4Ao

You can check out our coverage of the event here, and see the chatter on Twitter here. We’ll be posting more stories and videos from the Sports Tech Summit, so stay tuned for that.

We’ve put together a quick recap of the second annual Sports Tech Summit below — thanks to Kevin Lisota for snapping so many great photos. We’ll see you at Sounders Day next month. And of course, a big thanks to all of our sponsors for the GeekWire Sports Tech Summit:

Welcome Party at CenturyLink Field prior to the Sounders FC match against Orlando City, presented by League 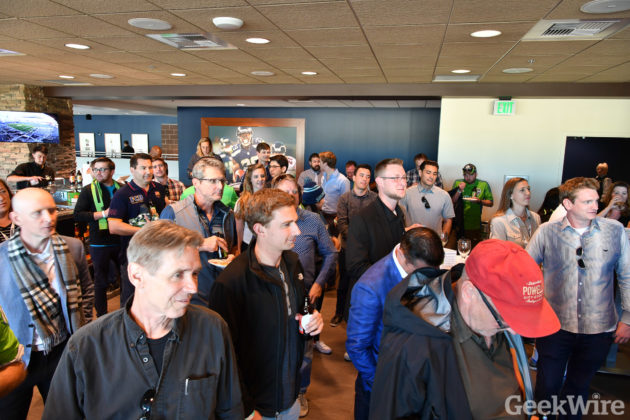 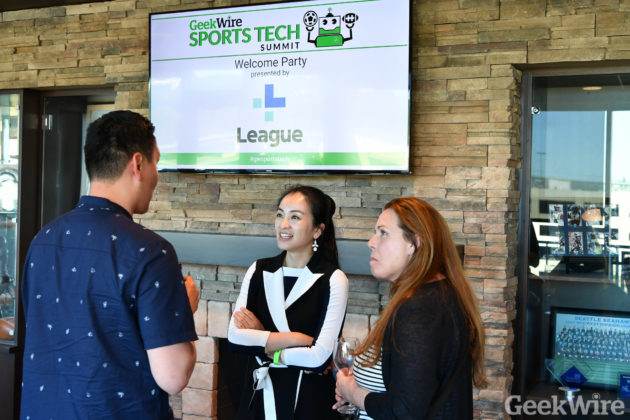 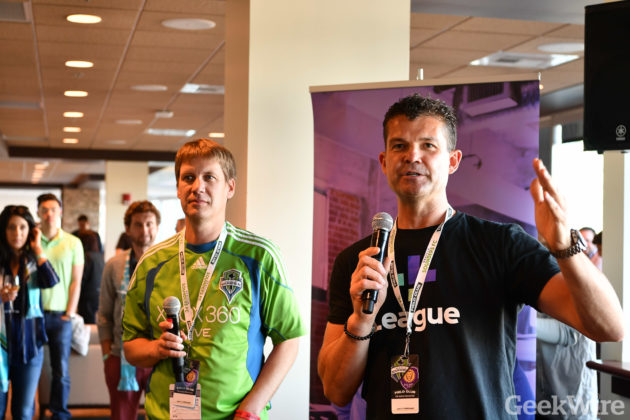 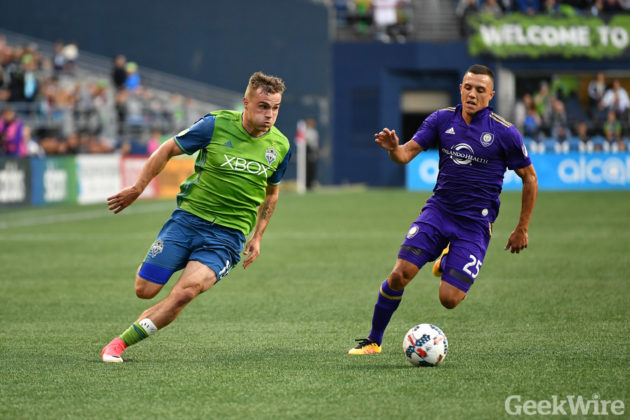 Beck, video game pioneer and co-creator of League of Legends, and Fox, the 3-time NBA champ who now owns a growing eSports franchise shared their thoughts on the future of eSports to kick off the action on Thursday. 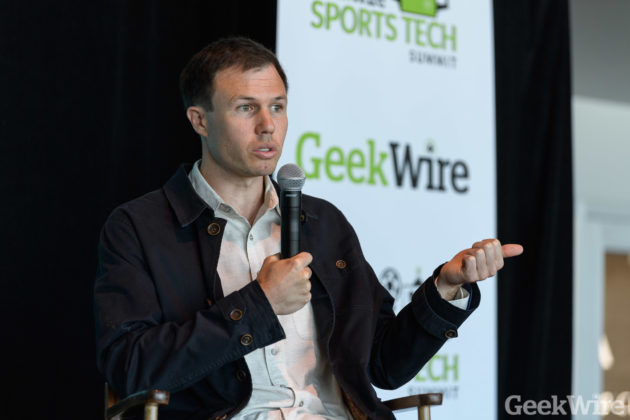 Finocchio offered insights on how Bleacher Report, a 10-year-old sports media site, is connecting with the next generation of sports fans. 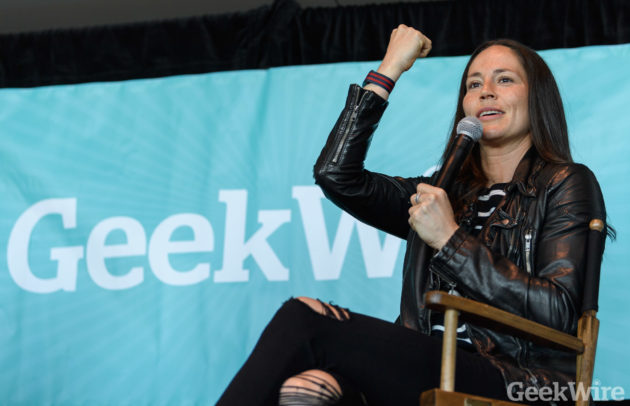 Bird, the legendary NCAA champion, WNBA All Star and Olympic Gold Medalist, talked about how technology is changing basketball.

The general manager of the Seattle Mariners and former relief pitcher talked about the changing dynamics of baseball, and the technologies that impact his job. 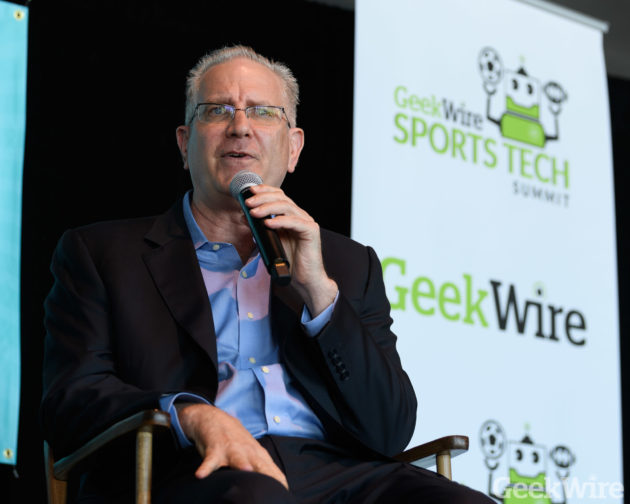 Power Talk: The State of eSports with Bryce Blum 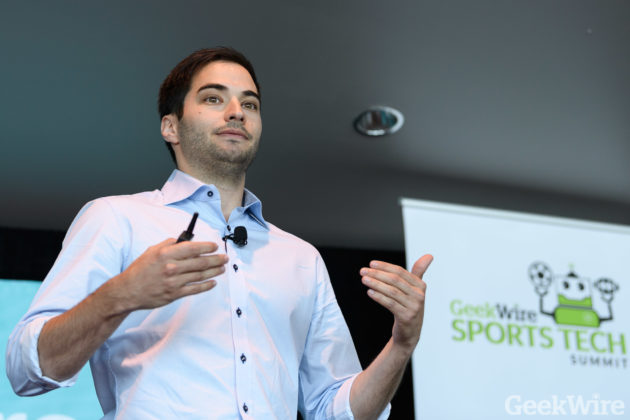 The Future of Sports Data with Dave Tenney, director of performance and sports science at the Seattle Sounders FC, and Dr. Laila Mintas, deputy president at Sportradar U.S.

Dave Tenney, director of performance and sports science at the Seattle Sounders FC, and Dr. Laila Mintas, deputy president at Sportradar U.S., talked about how technology is shaping the way players, coaches, teams, leagues, and fans use and consume sports-related data — both today and in the future. 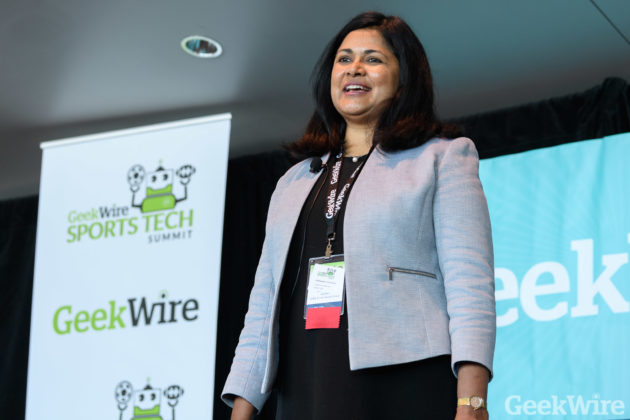 Dr. Uma Jayaram, who sold her sports VR company to Intel last fall and is now a managing director for Intel Sports Group, offered an inside look at how virtual reality is changing the sports viewing experience. 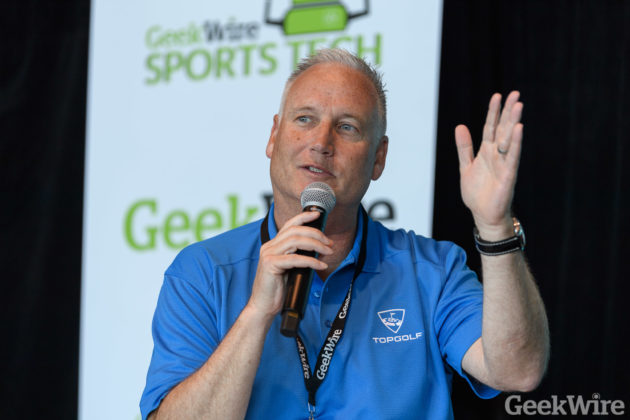 The co-chairman and CEO of Topgolf Entertainment Group discussed what’s next for the popular driving-range-meets-bowling-alley entertainment company. 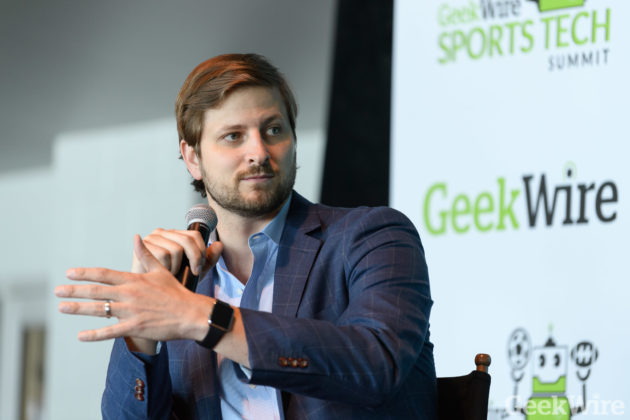 Kain, who oversees the Dodgers’ startup accelerator, talked about how technology is impacting baseball and how professional teams are investing in startups. 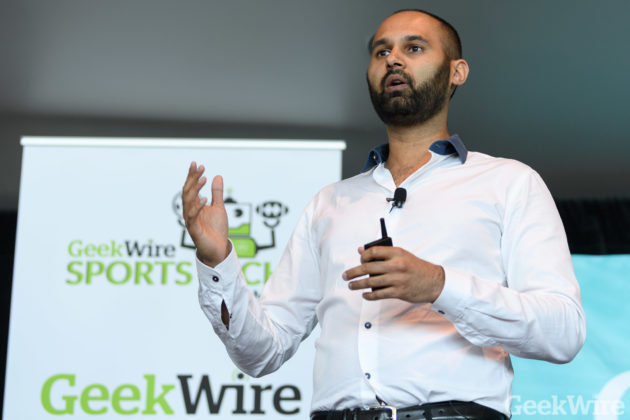 D’Souza, who helped launch SeatGeek eight years ago, provided a look at the future of sports ticketing.

Guido, who was named president of the San Francisco 49ers last year, explained how the Bay Area NFL team is using technology and talked about the construction of Levi’s Stadium, one of the most high-tech sports facilities in the world that opened in 2016. 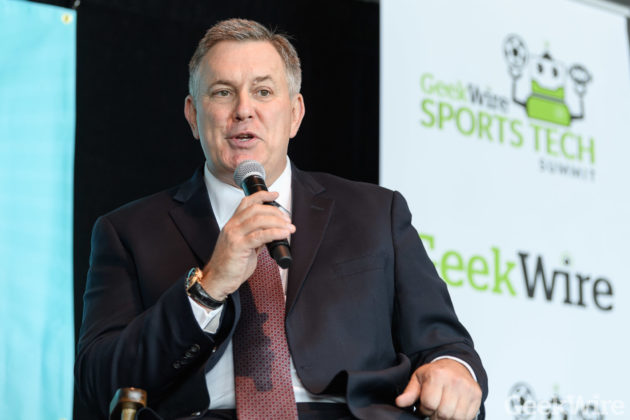