It’s a busy time of year in the consumer electronics world. For starters, the top-of-the-line iPhone X (as in the Roman numeral for “10”) ships on Friday, with long lines expected at Apple stores for those who haven’t preordered.

Just to make things interesting, the Xbox One X (just the letter “x” this time) comes out just a few days later. It’s the newest Microsoft gaming machine, billed as the most powerful home console ever, and it starts shipping on Nov. 7.

We take a look at both of those X-citing launches on this episode of Geared Up.

We also revisit a device from an earlier show: The new Kindle Oasis, Amazon’s top-of-the-line e-reader. Regular Geared Up listeners will remember that Andru criticized the Oasis for its price: $250, more than what he says is reasonable for a single-use device. But for people who love books, and read all the time, Todd says the Oasis is a great device, perfectly balanced for one-handed reading, with a beautiful front-lit screen. 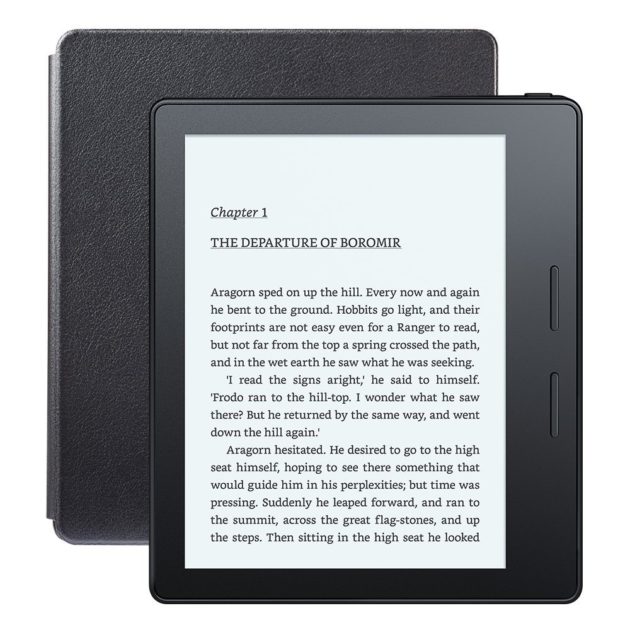 The Oasis’ other standout feature is that it’s the first waterproof Kindle. We put that feature to the test by taking it for a little swim in a big bowl of water.

The good news is the Oasis’ waterproofing is excellent — even after multiple trips into the water, the device still worked and didn’t seem to have any kind of water damage. Unfortunately, the Oasis has another issue: It senses water on the screen as a touch input. That means even a droplet of water can page through an open e-book or start navigating through the Oasis’ menus.

Or the results can be even more dramatic: We discovered after recording this episode that the Oasis actually bought a book for Todd while we were testing out the waterproof feature.