Kubernetes is quickly becoming something of a standard for software container orchestration, but in the grand scheme of things, it’s still very much an early adopter’s product. A new open-source project from Heptio and others hopes to change that.

Heptio, founded by Kubernetes authors Joe Beda and Craig McLuckie, plans to unveil ksonnet, a new open-source project that makes it easier to create reusable libraries for Kubernetes developers, at GlueCon on Wednesday. It’s a code library built on top of the jsonnet programming language and allows developers to pull from a pile of already-written code packages so they can more quickly describe their application and get it up and running on a Kubernetes cluster, Beda said.

Kubernetes allows IT organizations to take applications they’ve broken down into containers, like Docker, and deploy those applications to their infrastructure. “(It) has a reputation as something people love once you get to know it, but man, there is a lot to know,” said Beda, who will be giving a talk at our upcoming Cloud Tech Summit on June 7th. He described the project he and McLuckie developed while at Google as something “that was built by systems engineers for systems engineers.”

The problem is that it currently requires a lot of manual labor (in the coding sense, anyway) to write a description for a containerized application so that Kubernetes knows what to do with it. And for the most part, that work is not reusable by others, forcing developers to do a lot of painstaking custom work that could be dramatically simplified with reusable components.

Ksonnet offers developers both libraries to find reusable components and a more sophisticated way of writing those components when you need something new. This helps both newcomers to Kubernetes get up and running as well as organizations like Box that have invested heavily in Kubernetes development to simplify their lives.

“As the amount of infrastructure we have on Kubernetes grows over time, the complexity of that infrastructure increases. Ksonnet has better abstraction and better utilities to manage the complexity,” said Sam Ghods, Box’s services architect and one of the co-founders of the company (and a Washington native, to boot).

Ksonnet was a collaboration between Heptio, Box, Deis (recently acquired by Microsoft), and Bitnami. Each group provided code for the initial release, which can be found on Github.

While ksonnet will help out Kubernetes power users like Box and Bitnami, it’s also a boon for Heptio, which is betting on the expansion of Kubernetes to power its products and services. Ansible, Mesosphere, Docker, and others are also hoping to get a piece of the container orchestration demand as more and more companies deploy containers in production, but Kubernetes remains quite popular according to research from The New Stack. 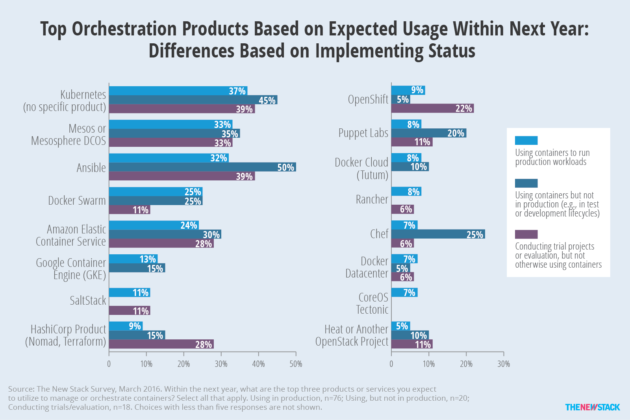