Ours is a world enamored with the possibilities unlocked by technological advances. And if we ever update our organizational thinking to account for those advances, we might actually follow through on those possibilities.

That issue is at the forefront of Joe Beda’s mind these days. Beda is the co-founder of Heptio, a company that makes tools for developers interested in bringing containers into their development environment. He’s worked at large companies (he helped create Kubernetes and Google Cloud Engine at the search giant) and small (Heptio is up for Startup of the Year at Thursday’s GeekWire Awards), and understands why so many companies struggle with the shift to cloud computing.

“One of the big fallacies of cloud is everybody thinks if I run on AWS I’ll turn into Netflix,” said Beda, who is preparing a talk around these issues for our GeekWire Cloud Tech Summit in the Seattle area in June. “When people move to cloud, (there are) two things: physically running in cloud and changing development practices to take advantage of cloud.”

One of the big fallacies of cloud is everybody thinks if I run on AWS I’ll turn into Netflix.

Companies born on the cloud (which Beda calls “cloud native” or “tech-forward West Coast Silicon Valley-ish companies”) often don’t realize how much legacy baggage they avoided because they set up their development organizations in the modern era of computing.

For example, developers at older companies that want to provision a virtual machine for a project often have to fill out a ticket with operations and wait a week or more for approval. This is laughable in today’s era: A developer at a cloud native company would look at you with astonishment after hearing such a story, but those situations are more common than we think.

DevOps is thought to be the answer to this problem, but “nobody really knows what this means,” Beda said, accurately describing the DevOps pitch emails in my inbox. Too often companies scrambling to implement DevOps ideas wind up in a situation where “everybody is in everybody else’s business, he said.”

So if you’re a well-intentioned CIO trying to drag your company into the 21st century, Beda has some advice. “Most of the people at these big companies aren’t stupid, they know there has to be a better way to do this stuff,” he said. 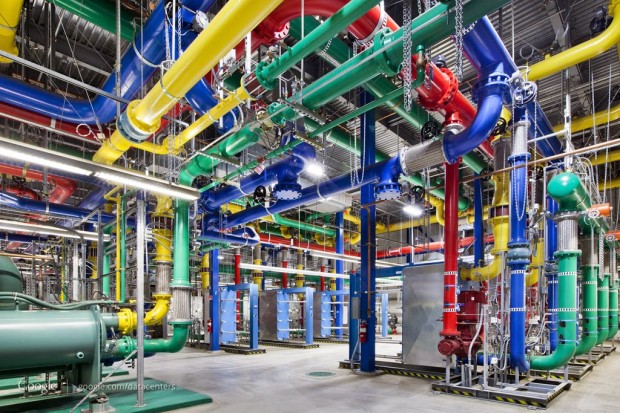 Your actual tech strategy (cloud or not) has to be reflected in your organizational strategy: changing one without changing the other is arguably worse than whatever you’re doing now. We like to talk about how computers have abstracted and automated humans out of the picture, but that’s not true at all.

One easy way to set up your IT organization for the cloud is to embrace microservices, the concept of breaking down an application into various pieces that can be worked on separately by small teams and later reassembled. This allows people to focus on the task at hand without having to wait for something else to get finished before starting their work.

Another tactic is to create a culture where code or applications can be reused across your infrastructure by teams working on completely separate projects. This was a lesson Beda learned at Google, where new engineers are given an orientation showing them all the common resources at their disposal.

The most important thing to remember is that for most companies, technology is an enabler of what they should be focused on: making money in their core line of business. That means giving people the tools, resources, and support to do their jobs, and understanding the business context of any new technology before plunging headlong into a new product or service.

Beda is just one of many awesome speakers planned for the Cloud Tech Summit, which will take place June 7th in Bellevue. More information is available here, where you can also register for the event.