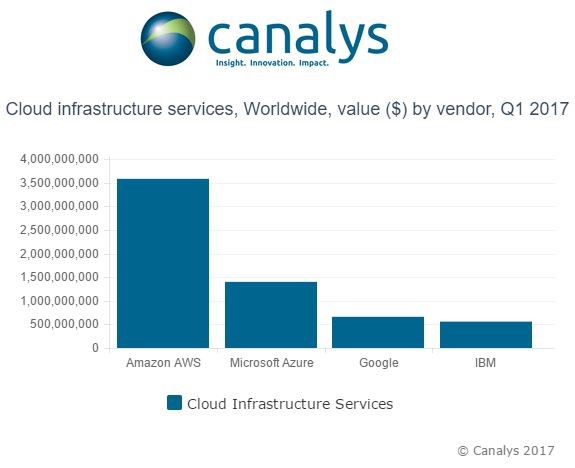 Demand for public cloud infrastructure services continues to be one of the hottest growth stories in technology.

New market share results out from Canalys Tuesday morning show 42 percent growth in the market for infrastructure services in the first quarter of 2017, compared to last year. Amazon Web Services still holds a sizable lead over its competitors, and it grew at the same pace as the overall market, according to the research.

Canalys said that establishing channel programs has helped cloud vendors reach more customers who need a little bit of a push into the cloud, which is a benefit to AWS and Microsoft. Google understands that it needs to get better at enterprise sales, according to the report, but has yet to prove itself.