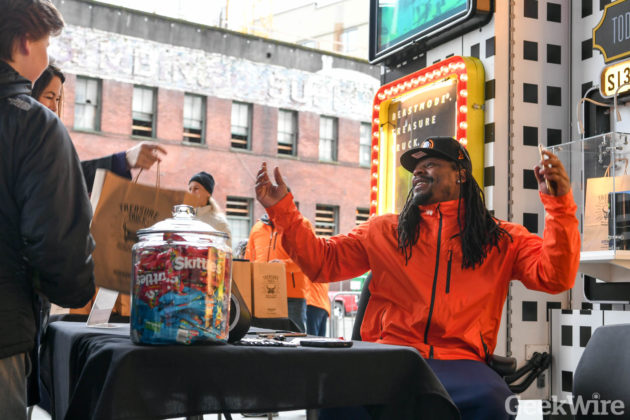 Ex-Seahawks star running back Marshawn Lynch was at CenturyLink Field in Seattle today, but this time he was there to drive Amazon’s Treasure Truck and hand out Beast Mode-skinned Amazon Echo devices and Beast Mode hats.

That was the surprise promotion from Amazon’s Treasure Truck, the Seattle-based company’s rolling “deals on wheels” that periodically hits the streets of Seattle.

Marshawn was clearly enjoying himself, sticking around until every customer got an autograph this afternoon. He drove in on the Treasure Truck wearing the blaze orange parka that the Amazon employees wear, and came out with a boom box blaring hip-hop tunes — E-40, to be specific — while bobbing and dancing to his beats.

In addition to autographing his Beast Mode hats, he was signing jerseys and handing out autographed Skittles packages to the younger fans. Watch the video for what happens when an adult tries to mess with his Skittles!

It turns out that Lynch is also a savvy marketer. The Seattle location of his Beast Mode apparel store is right around the corner from CenturyLink Field, and he was directing fans to check it out before they went home. 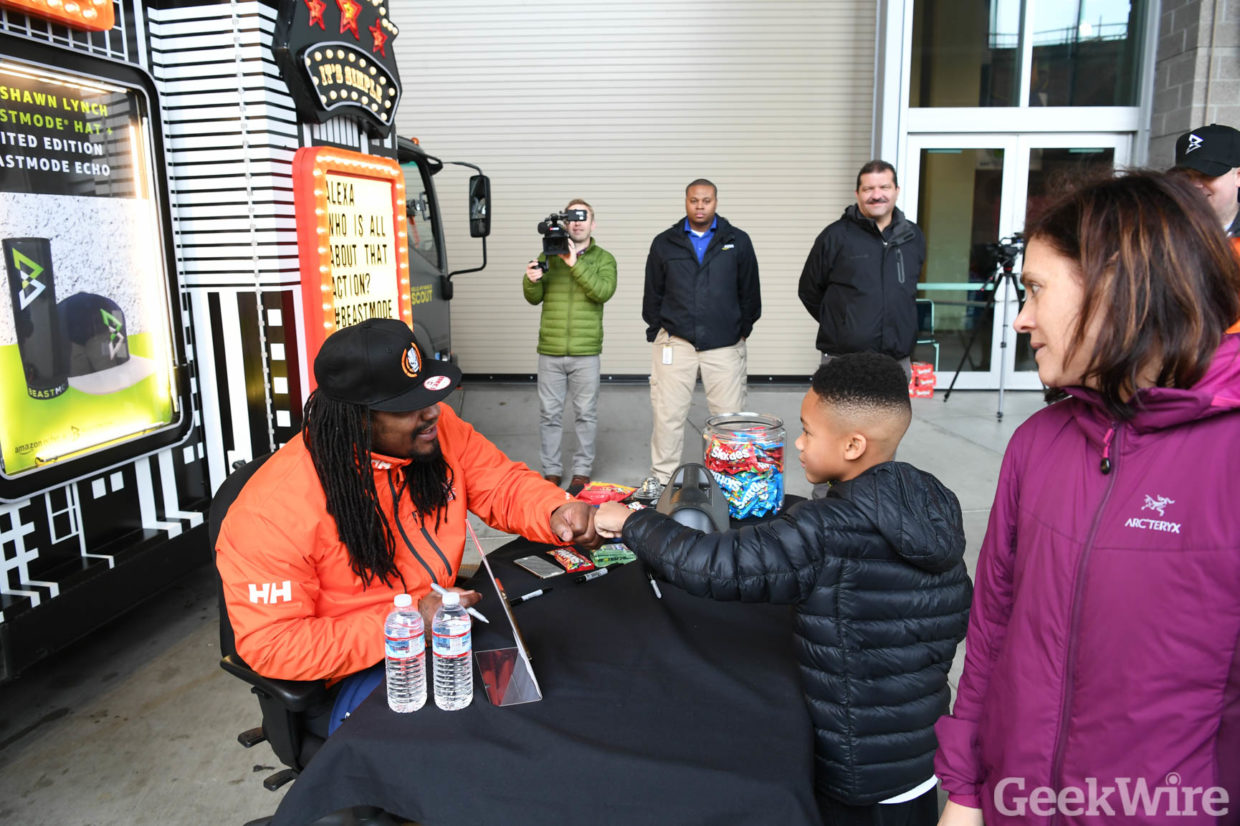 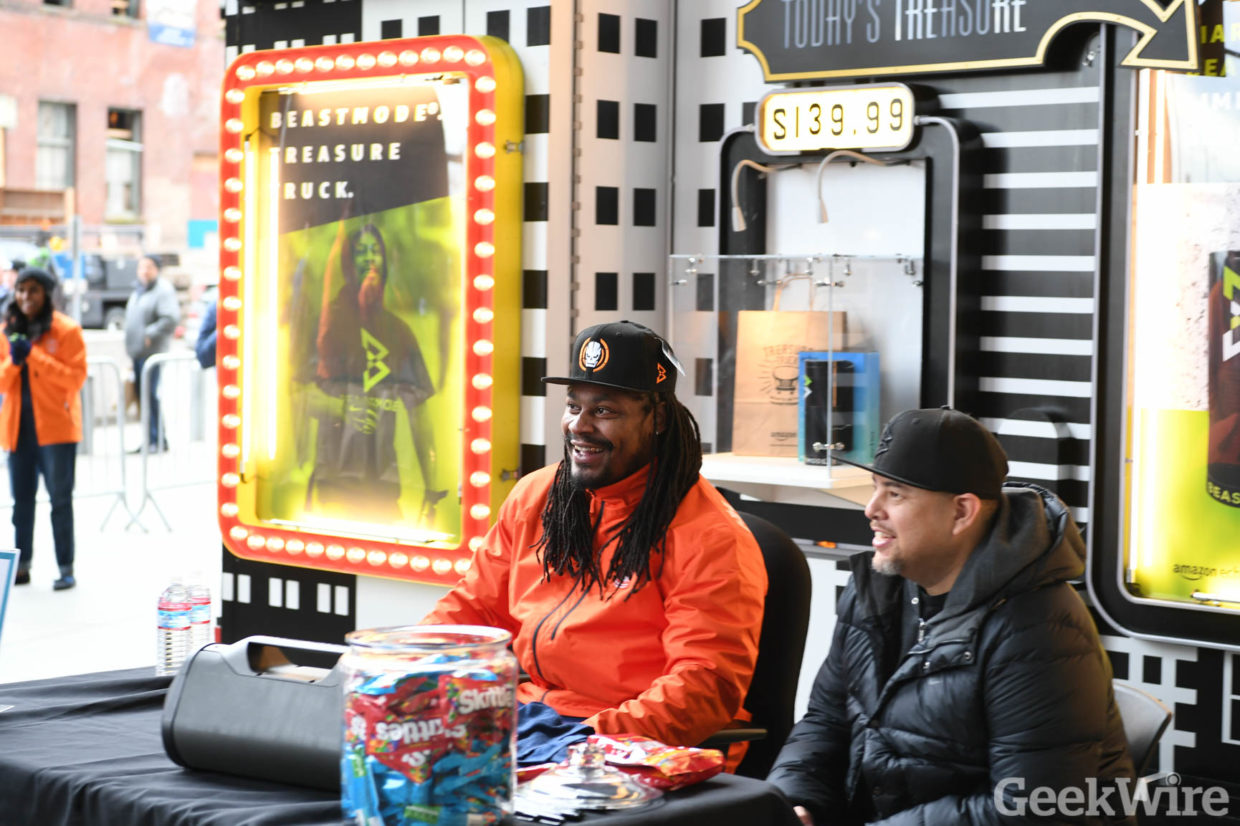 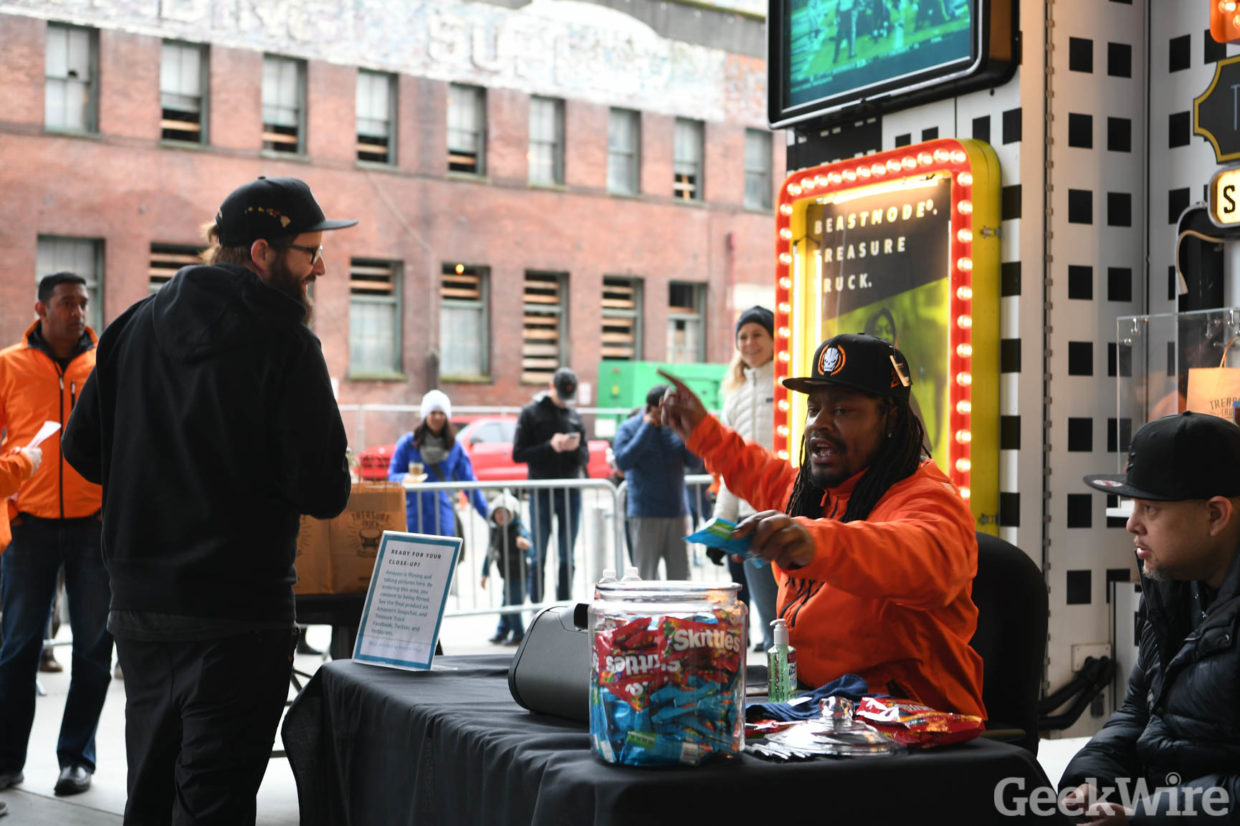 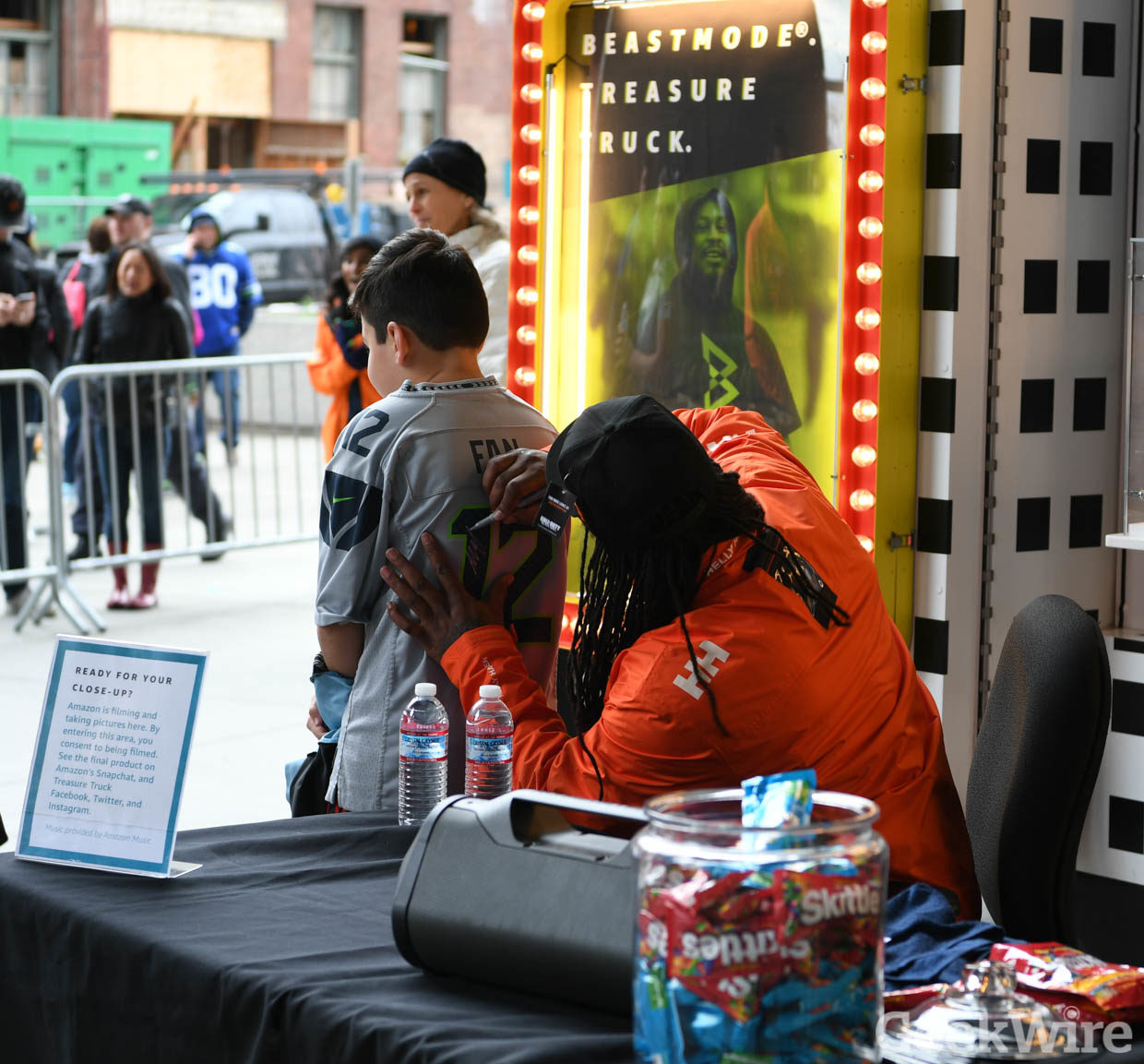 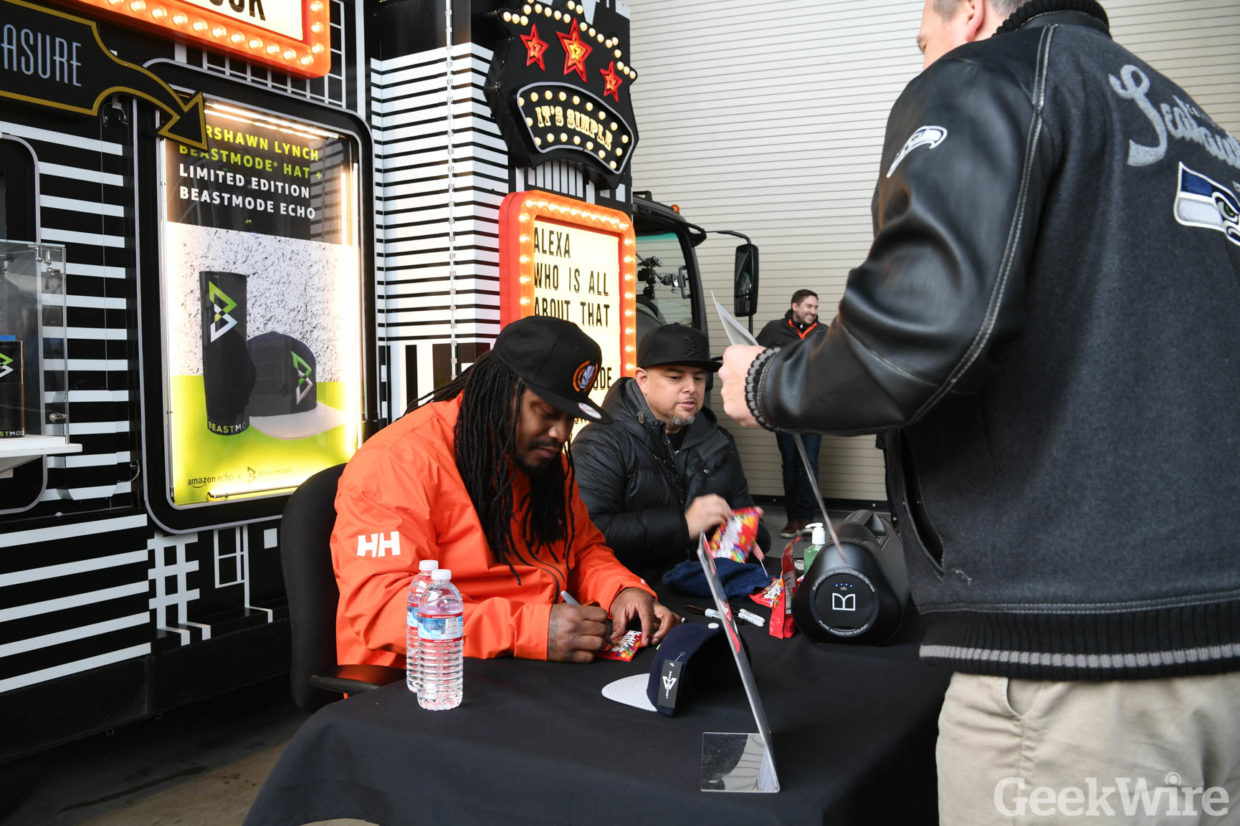 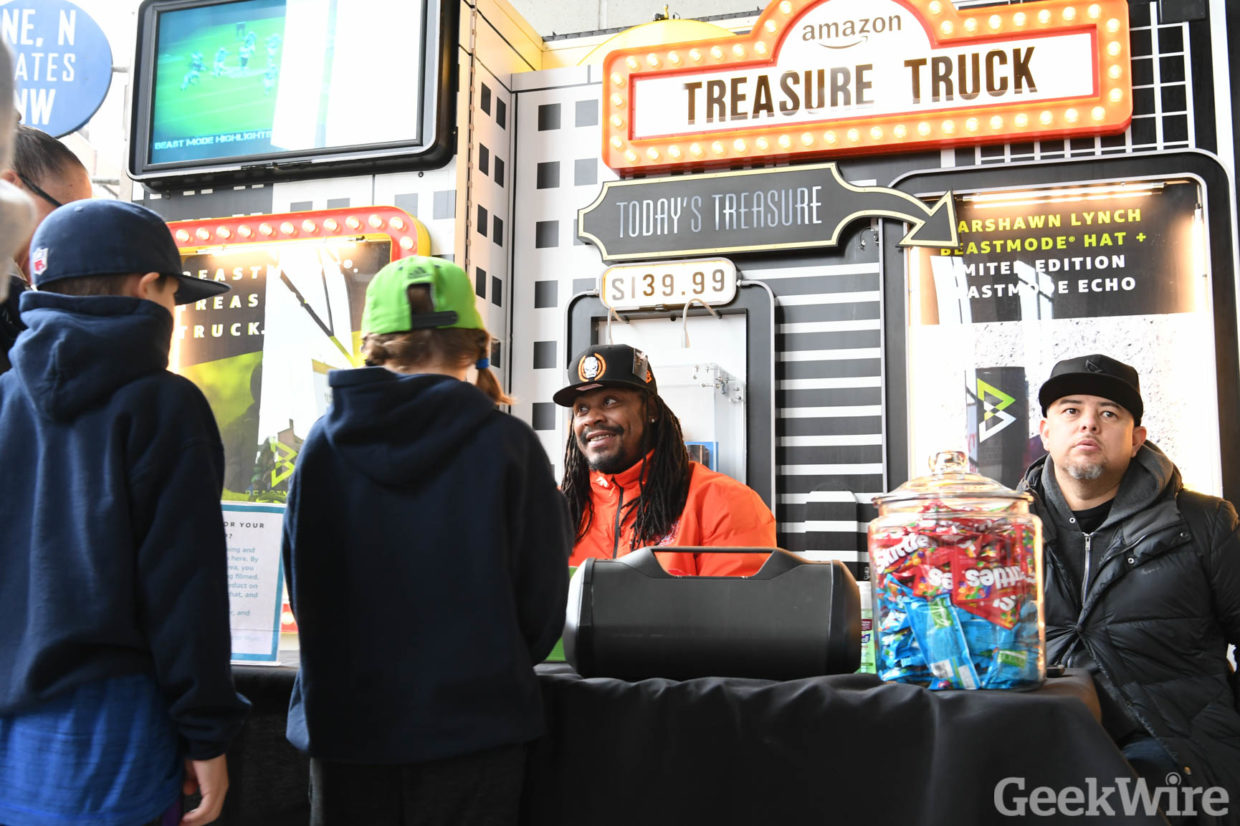 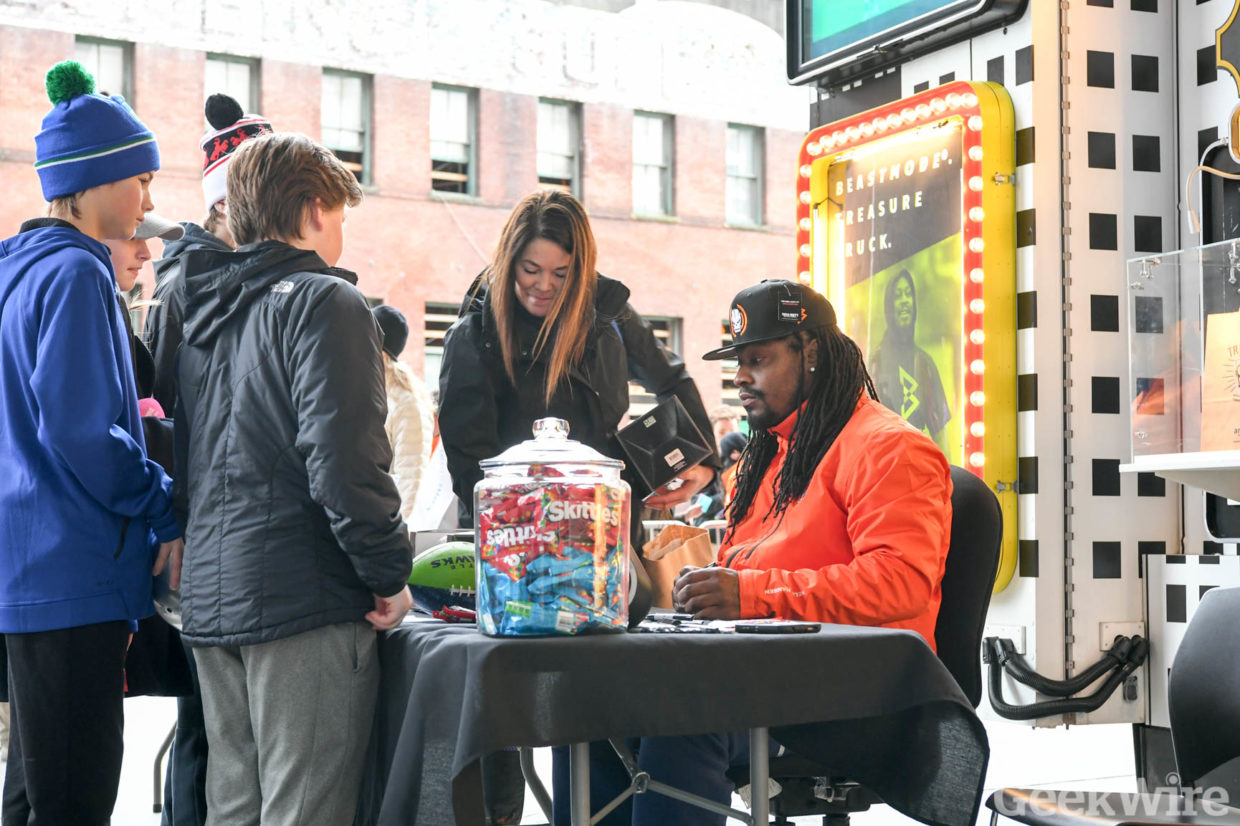 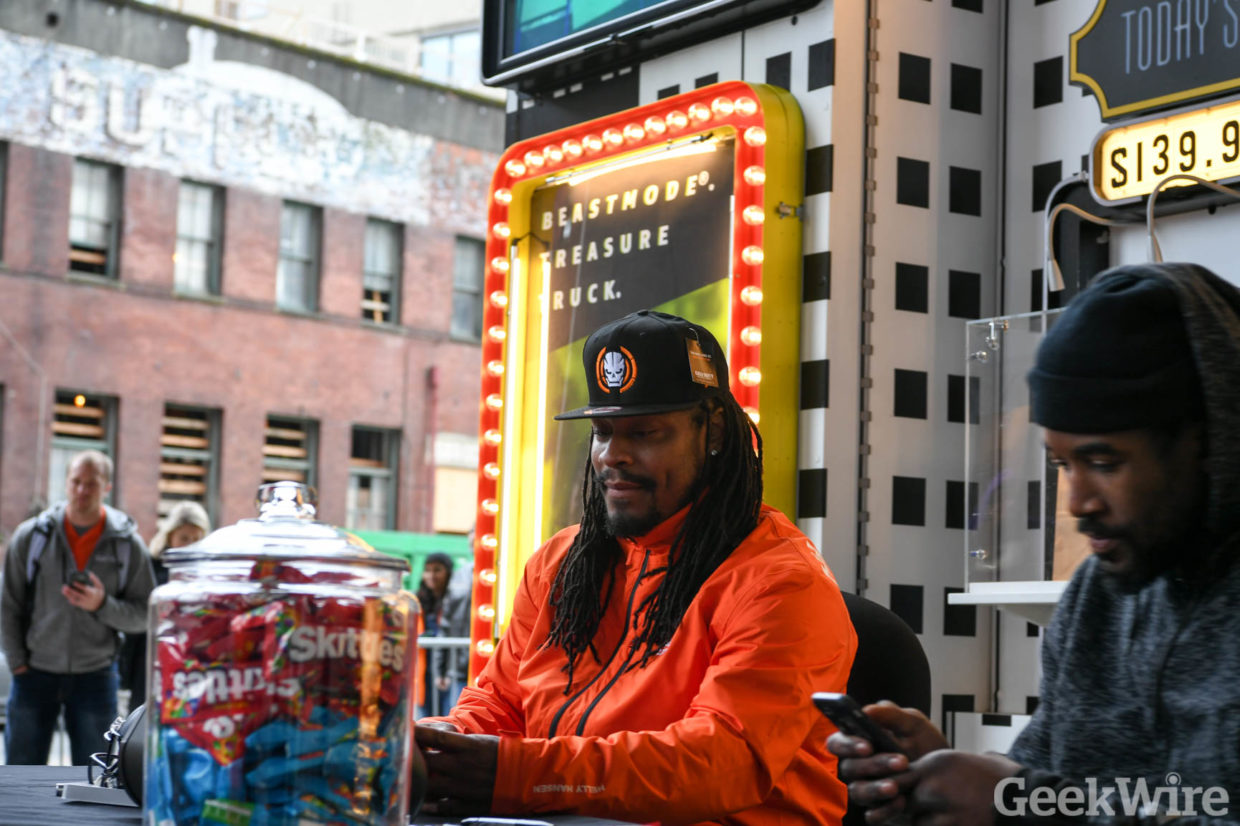 Update: Looks like Marshawn really digs his orange Amazon Treasure Truck jacket. He was spotted wearing it on the sidelines of last night’s Sunday Night Football game at CenturyLink Field.