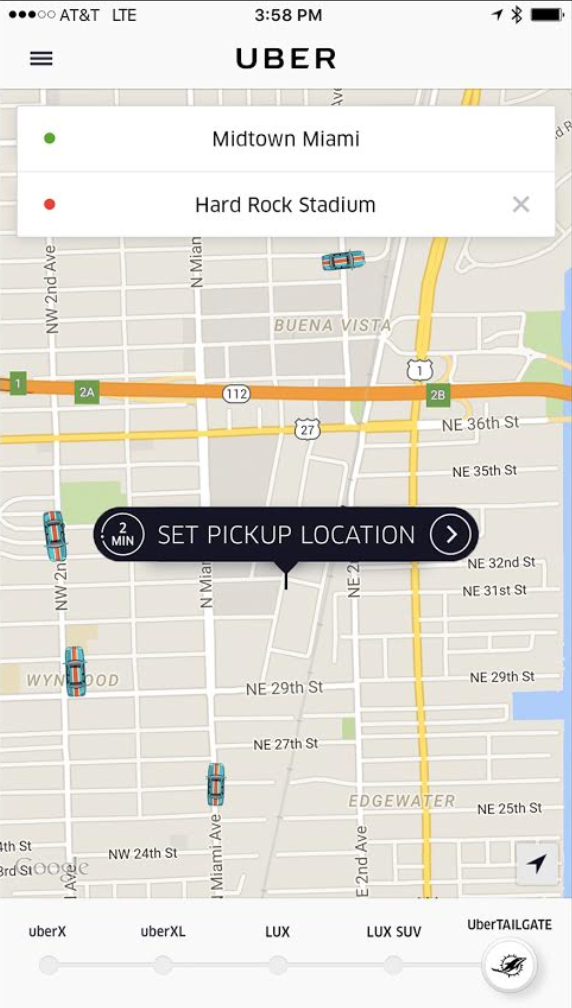 Uber is not only getting people to and from football games in Miami, but the ride-hailing company also wants to help fans tailgate, too.

Uber today announced a new partnership with the NFL’s Miami Dolphins. As the company has done in the past, Uber will set up a dedicated pickup/dropoff zone for riders at the nearly-renovated Hard Rock Stadium starting with this Thursday’s preseason game against Tennessee. The zone, which is only for Uber vehicles, will be active for University of Miami Hurricanes games, too.

But the more intriguing aspect of the partnership is UberTailgate, a new service that lets people “tailgate without the hassle” and will launch on Sept. 25 for Miami’s first regular season game.

Uber has locked down 20 tailgate areas near Hard Rock Stadium that customers can reserve here starting at $250, at least three days before each Dolphins home game.

On gameday, users book their Uber ride to the stadium, which can be paid for with a $15 promo code. Fans are then dropped off at the private tailgate spot, which includes a tent, picnic table, charcoal grill, grilling utensils, cooler with ice, and furniture.

Uber has a “Provisions Store” within the UberTailgate app that lets people purchase a variety of food and drink:

You can also bring your own food, drink, or supplies and “check-in” your items at the UberTailgate tent before you head to the game. Uber does not require any setup or cleanup. The company is also giving a separate $15 credit to UberTailgate customers for their trip home after the game. 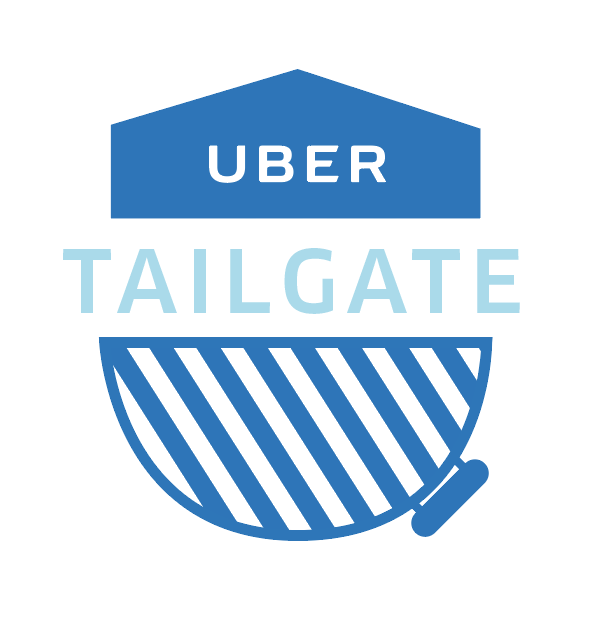 This is certainly an innovative idea from Uber and the Dolphins, combining Uber’s bread-and-butter business — ground transportation — with some of its newer endeavors in the food delivery space. The $250 price tag is not cheap, but if you bring a group of friends to the tailgate and split the cost, it’s not so bad.

For the Dolphins, partnering with Uber is a way to get people out to games at a time when high-definition TVs, social media apps like Twitter, and other technology is keeping many fans at home or at the bar to watch the action.

If this experiment goes well for Uber, you can expect them to do similar deals with not only NFL teams, but perhaps in the college football world, too.

This is also a continuation of Uber’s strategy to set-up exclusive pick-up and drop-off areas at games and other well-attended events. Uber did something similar for the Super Bowl last year in the Bay Area and just last week signed a deal with Monumental Sports & Entertainment to be the “exclusive ride-share partner” for the Washington Wizards, Washington Capitals, and the Verizon Center.