Uber is gearing up to launch its new restaurant delivery service in Seattle.

The company sent emails out to a select group of drivers in Seattle on Tuesday with instructions for what it is calling “uberDelivery.”

“We’re launching a NEW delivery service in Seattle,” the email reads. “We’re expecting demand to be high! Partners in other cities are earning 10% MORE with Delivery and uberX everyday.” 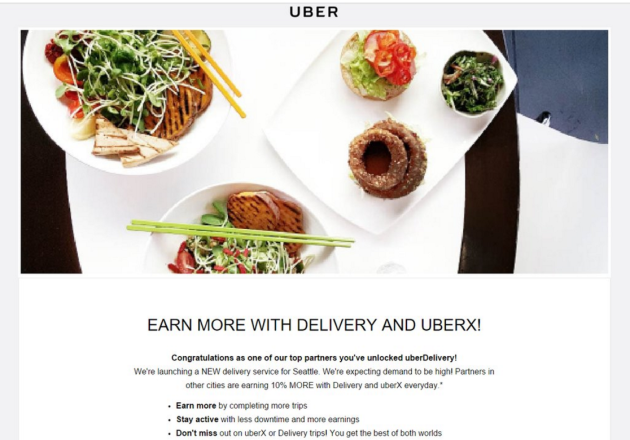 Drivers can go through a quick quiz that outlines the new service, which builds upon Uber’s existing lunch delivery service, UberEATS, that launched in Seattle this past October.

“Please stop by the Partner Support Center to pick up an insulated bag any day starting March 2nd,” the company notes at the end of the quiz. “Once you have a bag you will receive requests for Delivery at launch!”

A 5-minute instructional video shows drivers how to enable uberDelivery on their app and details how to pick up orders and drop them off with customers. Note below that Uber says “usually a restaurant” when referencing deliveries, which opens the possibility of something like UberRUSH launching in Seattle. 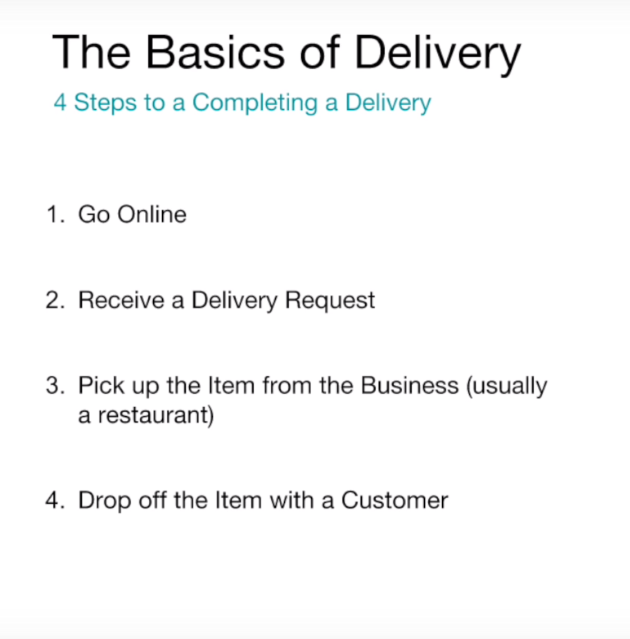 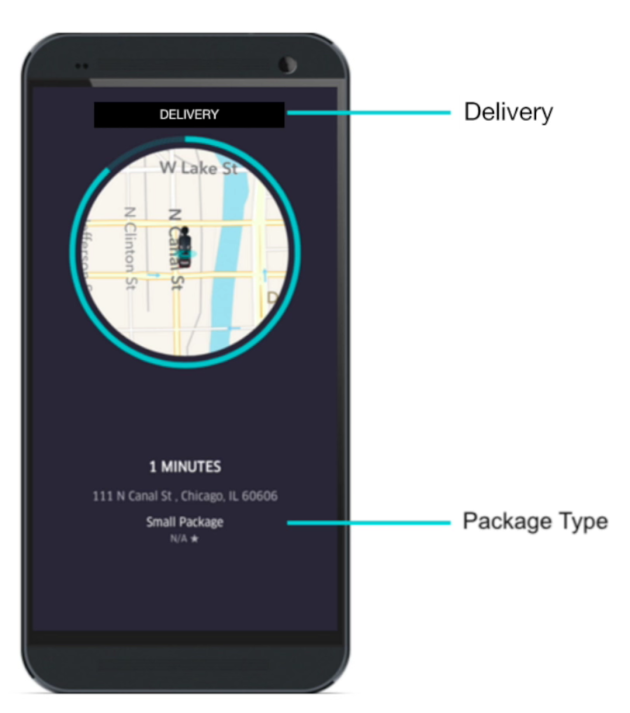 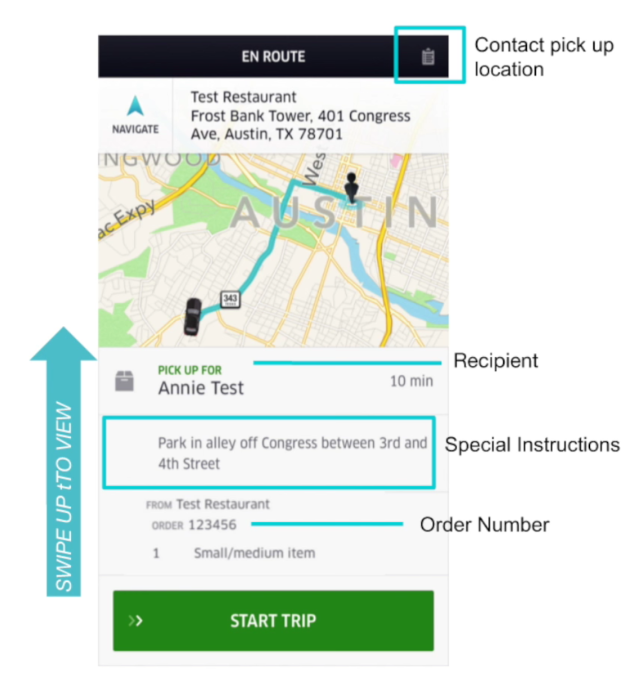 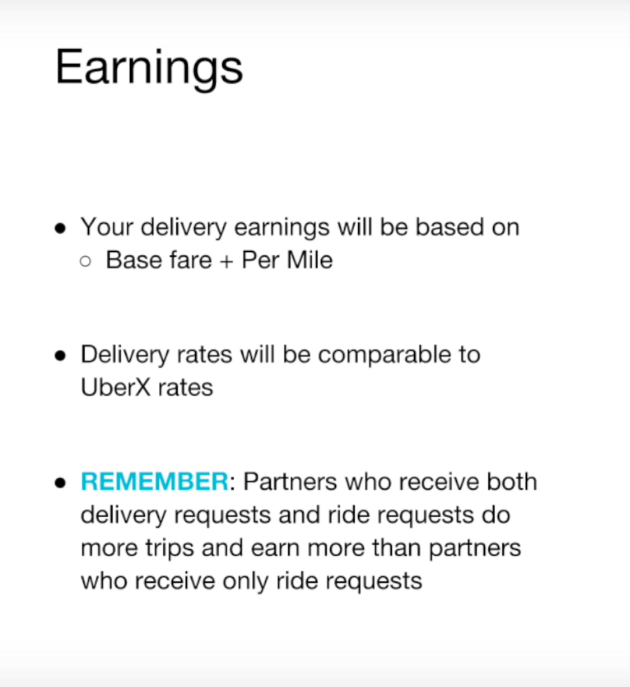 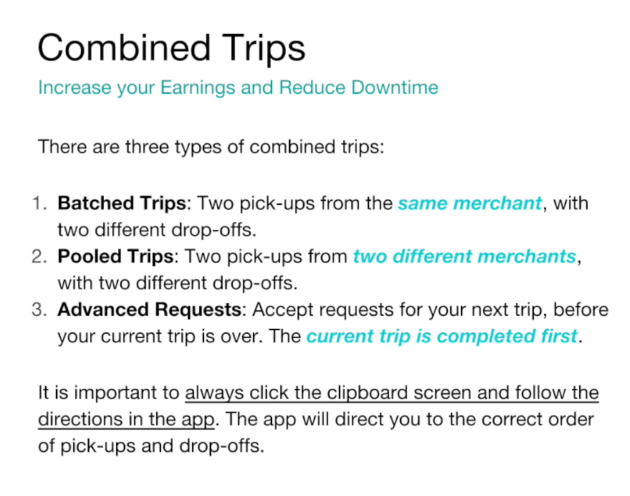 In January, The Wall Street Journal reported that Uber planned to roll out a standalone food delivery app in 10 cities where it already offers UberEATS, including Seattle. There are drivers in other cities like Dallas that also received similar messages this week about the expanded delivery program. 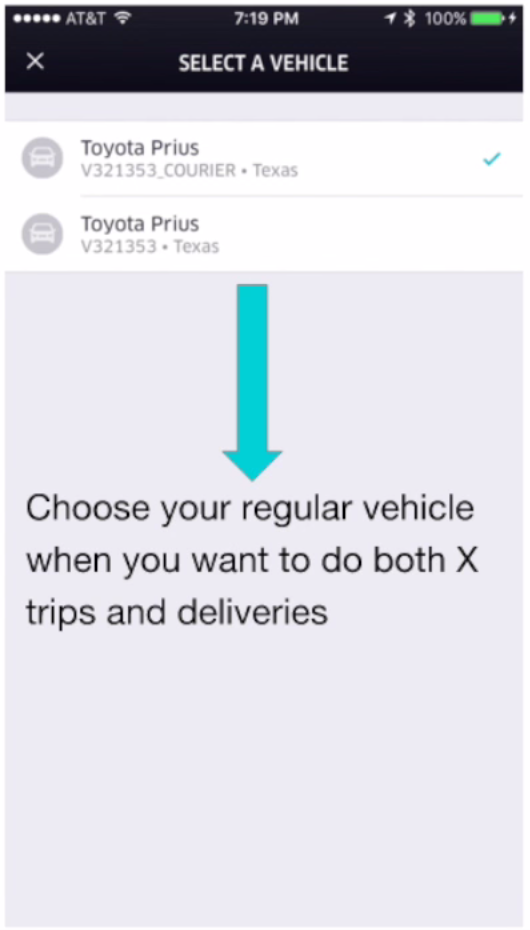 Up until now, Uber only offered lunch delivery via UberEATS, which first launched in the U.S. this past April. Now, though, it is expanding to more hours and more restaurants — exact times and options will vary by city.

Though Uber’s revenue primarily comes from transporting people around cities, the company is looking to expand into other verticals with its delivery infrastructure now in place and the vast network of drivers it already has on the roads. Something like uberDelivery also provides another revenue opportunity for Uber drivers beyond picking up and dropping off passengers.

Uber, which has raised more than $8 billion, faces a flurry of competition in the food delivery market with startups and corporations alike utilizing technology to help get food, grocery items, and other products in the hands of consumers in the most efficient way possible. In Seattle, food delivery options include services like DoorDash, Peach, Lish, Munchery, Square-owned Caviar, Postmates, Bitesquad, Seamless, Gobble, GrubHub, Farmigo, Yelp-owned Eat 24, and many others.

Even big tech giants like Amazon — which also delivers groceries via AmazonFresh, a competitor to Instacart — are getting involved, with the Seattle company rolling out a new restaurant delivery service that GeekWire tested last year.

UberEATS, meanwhile, cut its delivery fee by 33 percent to $1.99 this week in Seattle. Update: The discount is part of a promotion for “Instant Delivery,” Uber’s lunch delivery service.