The Washington, D.C., Fire and EMS Department is so taxed by 911 calls that officials are looking into whether Uber drivers’ cars could be used to transport some patients. 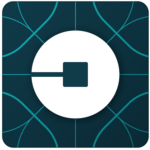 A report by NBC Washington revealed some of the details behind the department’s efforts to find creative ways to deal with a strain on resources. Apparently nurses could be added to 911 call centers to evaluate medical needs of a patient on the line and whether something other than an ambulance could provide transport to a doctor’s office rather than an emergency room.

“We are working with the health department to find other ways to transport people, such as using a contract taxi cab or Uber,” D.C. FEMS Chief Gregory Dean confirmed to News4. “We are trying to find creative ways to try to reduce the strain on the system.”

An Uber rep told NBC4 that the company “works with local governments in several locations across the country to give rides to seniors, supplement public transportation and discourage drunken driving.”

Dean told NBC4 he plans to have recommendations from a task force by October for implementation in early 2017.

A Department hard at work trying to better utilize our resources to serve those that need our help the most.https://t.co/ARqB1B7Feg

A post on Medium last year by Minqi Jiang drew attention for reporting that the median wait time for an Uber is 2.42 minutes in New York, while the response time for an ambulance is 6.1 minutes. Jimmy Kimmel even did a skit on the claim and called it “Ubulance.”

h/t to TechCrunch, for this piece pointing out why they think “it’s a horrible idea.”