Seattle-area tech titans like Microsoft, Amazon, and Expedia want to see the region’s transportation infrastructure double over the next 25 years. It appears their wish will come true.

The map below shows the proposed transit additions. 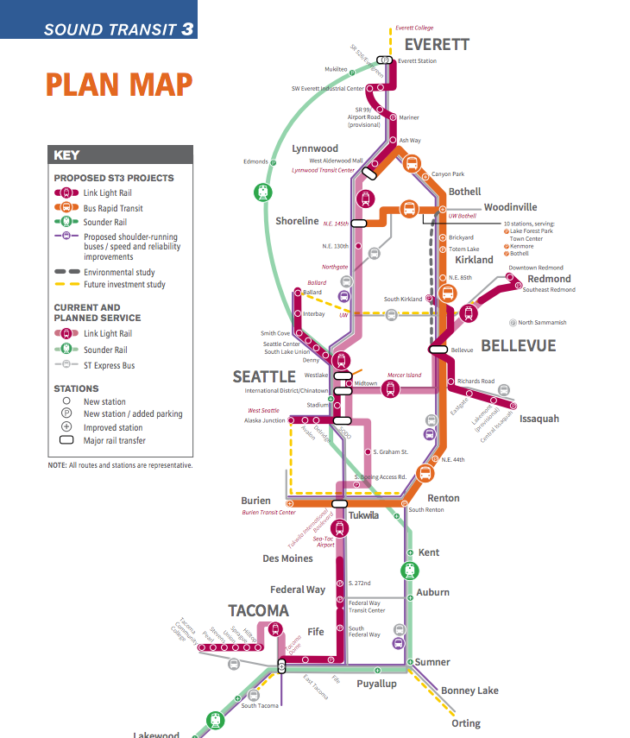 Expedia and Amazon, in particular, are actively transforming Seattle in a number of ways.

In three years, Expedia will move 3,500 employees from its current headquarters in Bellevue, Wash. to a massive new campus on Seattle’s waterfront. The relocation plan invoked the ire of longtime Seattleites concerned about the region’s growing traffic problems.

It’s the same reason Amazon, headquartered in Seattle’s South Lake Union neighborhood, is often the subject of scorn. The e-commerce giant is gobbling up office space and adding employees at a breakneck pace, contributing to a rapidly growing population in Seattle.

Uber — which is headquartered in San Francisco but has a big presence in Seattle — publically endorsed ST3 in an unusual move for the transportation giant.

These companies, and the tech industry at large, have a lot to gain from a more mobile Seattle — both in terms of employee comfort and brand reputation.

For better or worse, their financial contributions to ST3 are just one of the many ways they will reshape Seattle.