While some cyclists enjoy listening to music with headphones on a bike ride, there are plenty of safety risks involved when you can’t hear anything else in the general vicinity except the tunes blasting through your earbuds.

A new sports tech startup out of Redmond, Wash., hopes to solve this problem.

Coros President Chuck Frizelle, who previously worked at Microsoft for 14 years before joining Jawbone in 2014, explained that his company’s new helmet utilizes small transducers that vibrate against your cheekbone or jawbone and allow sound reach your audio cavity without passing through an eardrum.

“You don’t have to have anything over your ear,” Frizelle told GeekWire.

The idea is to let folks wirelessly listen to music and podcasts, make phone calls, communicate with other bikers, and much more, all while having full awareness of their immediate surroundings.

“Your safety is not compromised,” Frizelle said. 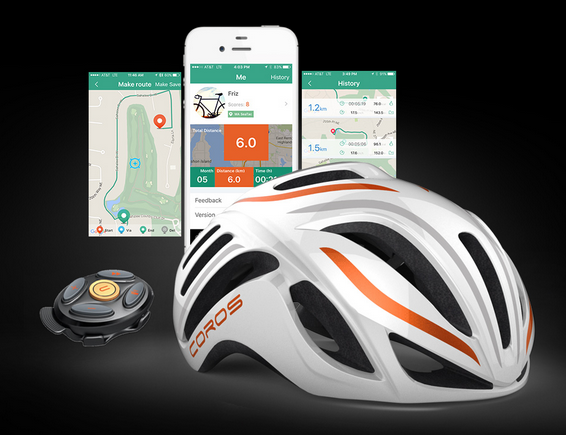 Coros’ helmet not only lets users listen to music, but also utilizes an accompanying app that can provide voice navigation, GPS ride data, and more through the helmet. There are also group-level communication scenarios that the helmet can enable. 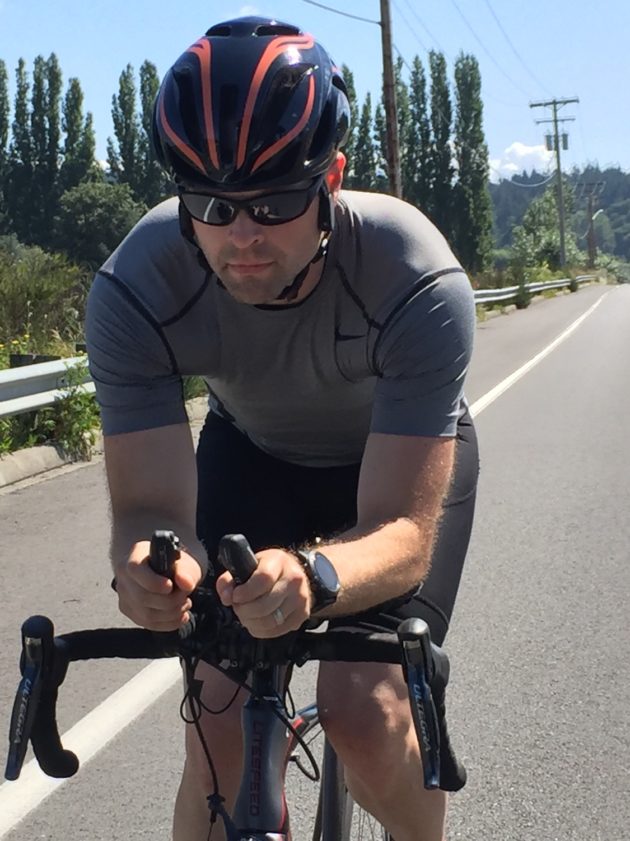 Other “smart helmets” exist on the market and Coros isn’t the first company to sell bone conduction-related audio technology. But Frizelle said his startup is different.

“Nobody is thinking about audio like we are,” he said, adding that “when people see and hear our solution, it’s kind of a no-brainer.”

Frizelle has plenty of technical experience in the fitness, wellness, audio, and gaming industries. He said Coros “is an intersection of all those different areas,” and added that the startup plans to serve markets beyond just cycling.

At the outset, though, Coros will focus on helping cyclists use technology without compromising safety. Frizelle said that his product also actually motivates people to exercise.

“I’ve shown this to a number of people, and this is the thing that gets them back on the bike,” he noted.

Coros employs seven folks, including people with experience at places like Reebok, Starbucks, The North Face, and more. The company, which has raised an undisclosed amount of money from investors, will show off its helmet at the Seattle to Portland bike race this weekend and launch a Kickstarter campaign next month.