The Seattle Foundation’s GiveBIG campaign for Seattle-area charities recovered from technical setbacks and surpassed its $20 million goal, with the help of matching grants.

GiveBIG was initially planned as a one-day fundraising event on Tuesday, but The Seattle Foundation decided to extend it through Wednesday after its third-party technology platform malfunctioned for several hours.

“There’s no question that we will have a whole new perspective on making sure that whatever we do in the future is rock solid, left to right,” Seattle Foundation President and CEO Tony Mestres told GeekWire on Wednesday.

Mestres counts the $21 million in donations a victory, considering the technical difficulties Tuesday. 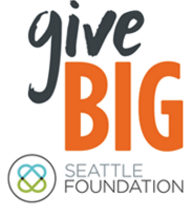 “The community did it,” he said in a press release. “The 1,600 amazing nonprofits and the nearly 50,000 donors have rallied together, overcame challenges and persevered. The generous spirit of our community prevailed and a large number of our nonprofit partners were able to achieve their fundraising goals, but certainly not all.”

“We know some non-profit partners, when the platform was challenged, diverted donors to their own channels and we have good evidence to suggest that several million dollars went through those channels,” said Mestres.